Following a five-plus-year run as an equipment free agent, Brooks Koepka is off the market.

The four-time major winner was officially unveiled as a member of Cleveland/Srixon’s Tour staff on Monday, just days after the equipment manufacturer released a cryptic video on social media teasing the signing.

Financial terms of the multi-year agreement were not disclosed, but the deal is no doubt a significant one for both parties.

“I’ve been an equipment free agent for the past few years,” Koepka said in a release, “so it will be fun to be involved with a company on a daily basis and be able to contribute to the development of their future equipment.”

Reigning Masters champion Hideki Matsuyama remains Cleveland/Srixon’s most marketable staffer — from a global perspective — but with Koepka now in the fold, the company now boasts two of the biggest names in the sport.

“We’re extremely proud to have Brooks come on board as our newest staff member,” said Rodney McDonald, Srixon’s vice president of tour operations. “He’s one of the best players in the world and brings his major championship pedigree and validation to our brands. We’re excited for Brooks to join the Srixon and Cleveland Golf family and look forward to supporting him out on tour.”

Koepka has been a wanted man since Nike Golf exited the hard-goods space in 2016. Outside of Koepka, every notable member of the Swoosh’s now-defunct equipment staff — Tiger Woods and Rory McIlroy included — signed elsewhere.

The decision to remain brand agnostic paid off big for Koepka, who won four major titles in the span of three years to push his valuation to a number that no equipment manufacturer was comfortable matching at the time.

While Koepka will need to get comfortable with the driver, wedges and ball in a “game” situation, the ZX7 irons won’t require an adjustment period. Koepka first started playing the irons in January at the American Express and found the winner’s circle two weeks later at the Waste Management Phoenix Open.

“It is the best iron I have played on Tour,” Koepka said of the ZX7.

Koepka is the first domino to fall in what should be a busy offseason for pros with expiring equipment contracts. Think of it as an early Christmas present for gearheads who normally have to wait until January for pros to officially switch brands.

OUR TAKE: The ZX Drivers (ZX5 and ZX7) both pack a punch when it comes to added distance and forgiveness. One tester chimed in by saying, “The traditional shaping and the red line on the back look great. The ball feels really fast off the face. It’s best one I’ve hit of the day.” Speaking of hits, the two models offer golfer a choice between a higher trajectory or a more penetrating one.  THE DETAILS: A carbon crown and Rebound Frame combine to increase distance and forgiveness on off-center hits. Additionally, and adjustable hosel and two rear and low weight ports enable golfers to fine tune the CG placement and face angle for a draw or fade shotshape. The more triangular ZX5 has a higher MOI and produces a higher ballflight, whereas the rounder ZX7 yields affords more shotmaking playability and produces a more penetrating launch.  Check out 150+ reviews from our gear experts in the ClubTest 2021 collection
Buy Now OUR TAKE: When we see and try an iron that combines the soft feel of a forged iron with the added distance and forgiveness of a multi-material construction, we get all giddy inside. According to a club tester talking about the ZX. “I felt like I miss-hit a few, but you’d never know it by the ample amount of forgiveness. They aren’t far off from the set I no THE DETAILS: The multi-piece construction combines tungsten toe weights with a forged carbon steel body, resulting in optimal weighting and better vibration dampening and control. There are two models here to choose from—the ZX5 and ZX7. The ZX5 has a wider sole and a slightly longer profile for more stability and forgiveness, while the ZX7 is more compact and has a thinner topline for enhanced shotmaking versatility. Mixed sets are available. This set comes from 4-PW.  Check out 150+ reviews from our gear experts in the ClubTest 2021 collection.
Buy Now 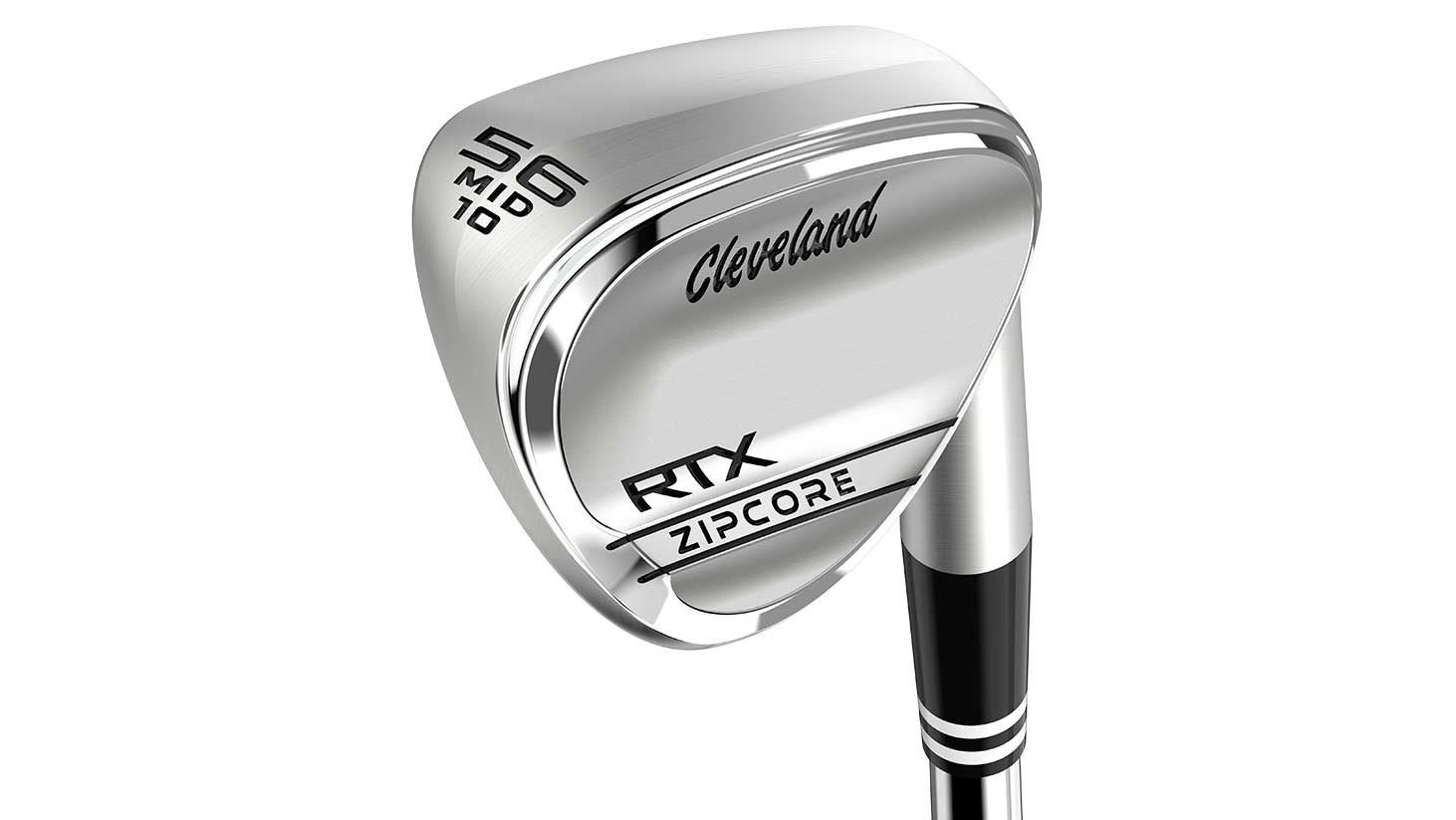 $149.99
According to Cleveland Golf, the wedge’s new core has unlocked design freedoms pushing the performance beyond any wedge in the company’s history. Yet, the RTX ZipCore maintains that sleek yet traditional design that is familiar and inspires confidence at address
Buy Now