Free agent Grand Slam? None of this year’s major winners have equipment deals 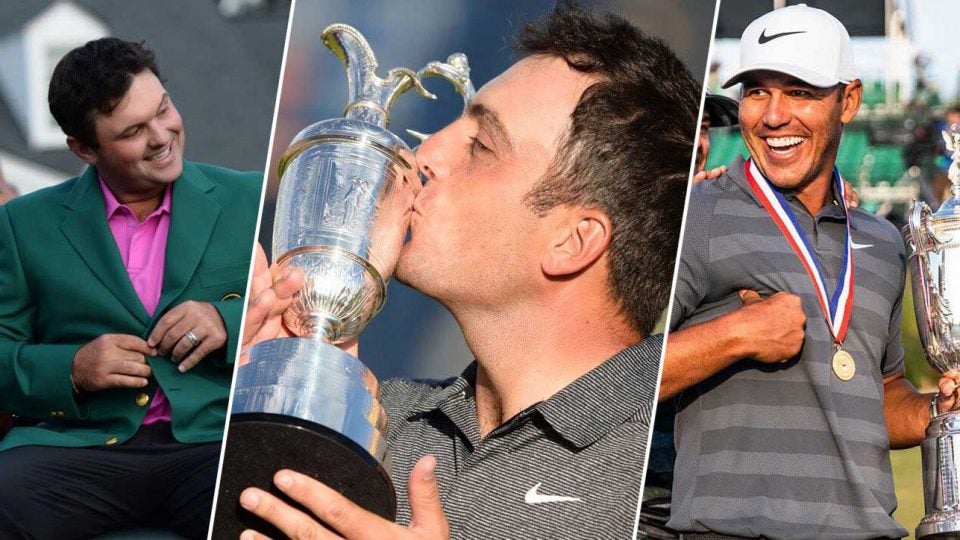 In August 2016, Nike Golf announced that it was getting out of the golf equipment business, choosing to refocus its efforts on golf shoes, clothing and apparel rather than clubs, bags and balls. That decision led to a high-profile period of free agency for the face of Nike Golf, Tiger Woods, as well as high-profile clients like Rory McIlroy and Michelle Wie. That meant that Nike staffers, who had worn Nike clothes and hit Nike balls with Nike clubs, suddenly were free to explore the marketplace.

Molinari won the British Open still sporting Nike on his shirt, hat and shoes, but his bag was full of TaylorMade sticks plus a Bettinardi putter with which he hit a Pro V1x ball. Molinari does have a deal with Bettinardi but is a free agent otherwise; you can find out his complete club specs here.

The story behind Koepka’s Mizuno iron selection as told here by Tony Covey is fascinating. Three years ago, when Koepka was still on staff with Titleist, Mizuno put in motion a plan to design a set of “young, modern, aggressive” irons specifically tailored to the young bomber’s game. Before they could get the clubs in front of him, however, Koepka signed with Nike. During the Nike exodus, a number of manufacturers sent Koepka clubs to try; he unwittingly chose the Mizunos that had originally been designed as his irons and continues to play them for free.

Patrick Reed had left Nike far earlier, trading in the swoosh for the Callaway chevron in 2013. But after attributing some of his 2017 struggles to dissatisfaction with his equipment, Reed left Callaway.

“I wanted to try something different this year,” he said. “There’s so many great companies out there. When you go on these big deals like this, you kind of get stuck on, you have to use all of the same equipment. It’s hard to believe that there is one company that makes 14 perfect clubs and a perfect golf ball for every player.”

The approach certainly didn’t take long to pay off: Reed signed a clothing deal with Nike (another thing all three have in common) and won at Augusta with a Ping driver, a Nike 3-wood, a Titleist three-iron, Callaway irons, and a mix of custom wedges including a Titleist Vokey 61°. He also uses a Titleist Pro V1 with his Odyssey White Hot Pro. (Complete Reed club details here.) Reed summed up the advantage of his new approach simply: “I’m able to put 14 clubs and a golf ball in the golf bag that I feel are the perfect fit for me,” he said.

The Free Agent Grand Slam is still very much in play at the PGA Championship.