Feeling generous? The ultimate guide to tipping at a golf course

When it comes to golf and tipping, Phil Mickelson reigns supreme. Lefty’s acts of gracious gratuity giving are legendary. Perhaps most telling was at the Masters in 2004. As our colleague Michael Bamberger recounted, “On the Sunday night of his first Masters win, the first-floor locker room attendants at Augusta National stood at the club entrance as Phil left for the night in his green jacket. They gave the new winner giant hugs with tears in their eyes. Next time and forever more, Phil would be using the upstairs champions’ locker room. What was good for Phil was bad for them, as Phil is a world-class tipper.”

Sure, it would be nice to dispense Benjamins like breath mints, the way Phil does, but you can still be socially correct — and even popular — if you tip far less. So whether you’re off to a game at Snob Hill Country Club or dashing down the street to your neighborhood muni, here’s who to take care of, and how to do it. 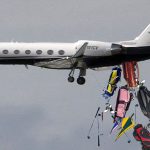 You may also like Say it ain’t so! Here’s what to do when an airline loses your golf clubs

As a general rule, tipping at golf courses is pretty much like tipping at restaurants. If you’ve received a genuine service, toss them some green. If the employee has exceeded expectations, toss them a little more. With some private clubs, however, tipping is not permitted. A wise move before your tee time at a private club is to check ahead of time with the club and/or the member who invited you about tipping protocol. That will eliminate potentially awkward encounters later. For those courses where gratuities are good, here are some guidelines to follow.

Upon arrival, there’s often a valet to assist with your car, though more often than not, it’s a bag drop attendant. A crisp $5 bill is sufficient to make a positive impression and ensure very good care of your vehicle and your sticks, but two or three dollars will get the job done as well.

There’s no expectation of a tip at the pro shop counter when you check in for your tee time. Still, if the staffer imparts some extra wisdom and hospitality — changing you to a more favorable time, pointing out a sale or a discount if you wait an hour — by all means reach for your wallet.

If the course has a locker room attendant, and he or she performs a minimal service such as assisting you with locker setup and shining your shoes, it still adds up to comfort and convenience, which to me is worth $5-$10. I’ll go more if service is exceptional, but less if it’s lousy — and even zero, if there’s no assistance rendered.

Before you get to the course, some of the swankier joints will position personnel on the practice range to assist with setup and club cleaning. There’s no expectation for a tip in this scenario, especially because your billfold may not be handy, but if the spirit moves you and the service is solid, $2-$5 is plenty.

We’re almost ready to tee off. Nearly every course you’ll play has a starter directing traffic, positioned either outside of the pro shop or at the 1st tee. Normally, there’s no need to get the wallet out, no matter how witty or wordy he or she is. On the other hand, if the starter does you a real favor, either with a certain pairing, or getting you aboard on a busy day, moving your tee time, or letting you play as five or six late in the day, $10 or $20 is a fair way of saying thanks.

Three-and-a-half holes into your round, it’s now time for one of modern golf’s most ubiquitous symbols: the beverage cart. Yes, $9 beers can quickly eat a hole in your pocket, just like being at the ballgame, but if the service is acceptable, tip the way you would at a restaurant, 15 percent. For exceptional service, 18 to 20 percent or more. And if you’re thinking of proposing to the beverage cart attendant, whether dinner or something more, good luck. They’ve heard every line imaginable. 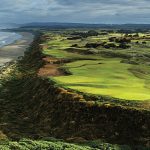 Somewhere around the 9th hole, give or take a few, you’ll wind up at a halfway house for a healthy turkey wrap or a sinfully good hot dog. Better yet, tee it up at Bermuda’s Mid-Ocean Club and enjoy a Dark ‘n’ Stormy right at the source. Again, tip the attendant on a percentage of what you paid for the food and drink.

As it happens, you’re accompanied on this plush layout by a caddie — a very capable one. Caddie rates are set in advance. Make sure you know them. You might pay at check-in, or directly to the caddie after the round. Either way, the tip on top of the fee is variable. Often, the club plainly or discreetly posts the recommended gratuity, which can cover a range that may depend on the caddie’s level of experience (An ‘A,’ ‘B’ or ‘C’) and his or her performance. Pay what you feel is deserved — anywhere from a flat $20, to 20, 30, 40, or even 50 percent of the caddie fee. If there are guidelines, stick within them, but in the top half, and you’ll be very much welcomed back as a guest, in addition to reflecting well on your host.

There’s considerable debate as to whether you should reward a caddiemaster at any time. The consensus seems to be ‘no,’ unless you’re the member that’s doing the rewarding. We’ve heard of the odd case of tipping the caddiemaster if he had to round up caddies unexpectedly, or hooked you up with the club’s best caddie. In that case, $10-$20 seems appropriate.

Forecaddies aren’t lugging a bag over their shoulder, but otherwise, they work just as hard, especially at high-end resort courses where they read greens, rake bunkers and offer strategy suggestions. At the TPC Scottsdale’s Stadium course, a forecaddie fee is $75, with a minimum tip on top of that of $25. You won’t be shamed if you leave exactly $25 extra — that’s standard — but you can always do a little more if warranted.

At some juncture, you’ll likely encounter a ranger, driving his cart to ensure play is moving along smoothly. A tip for the ranger is seldom necessary, even if he gets the slowpokes in front of you to pick up the pace. If he arranges for recovery of a misplaced club — sure. $5 is a nice gesture. 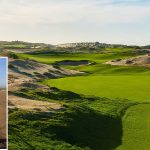 You may also like As a course designer, Tiger Woods is creating fast, playable tracks … with a little inspiration from Down Under

Have you come to the club to take a lesson from a teaching pro? Don’t worry too much about tipping, unless you came back next week after shooting your career low round. Two teaching pros we talked to at prestigious clubs in Phoenix and Chicago say the tip isn’t expected. The prevailing view is, “You don’t tip a doctor or a lawyer. Why would you?”

Tired, but happy, you exit the 18th into the caddie yard or cart staging area, and instantly are descended upon by someone with a damp towel who cleans off your clubs. Again, a $2 minimum is recommended for this service, with many paying upward of $5. Someone rescue your glasses or cell phone from the cart? Bung ’em another $5. Sure, you’ve now expended what could be in excess of $100 worth of tips on the day. But you broke 80 and won your Nassau, so money well spent.