‘The Augusta of Ireland’: An inside look at Adare Manor The Golf Course at Adare Manor was redesigned by Tom Fazio and reopened in 2018.
LC Lambrecht

I’m standing on the par-3 16th hole looking across a pond to a finely manicured green. Missing it means negotiating tightly mown and treacherous chipping areas. And as you take in its lush contours, you might find yourself thinking, In your life have you seen anything like this? Augusta National?

No. I’m roughly 3,700 miles northeast of Magnolia Lane, at Adare Manor in County Limerick, Ireland. But comparisons to the Masters venue are inevitable. Architect Tom Fazio, who has done extensive work at Augusta, overhauled Adare Manor over the past few years, and conditions here are comparably exquisite thanks to a greenkeeping staff of 50. 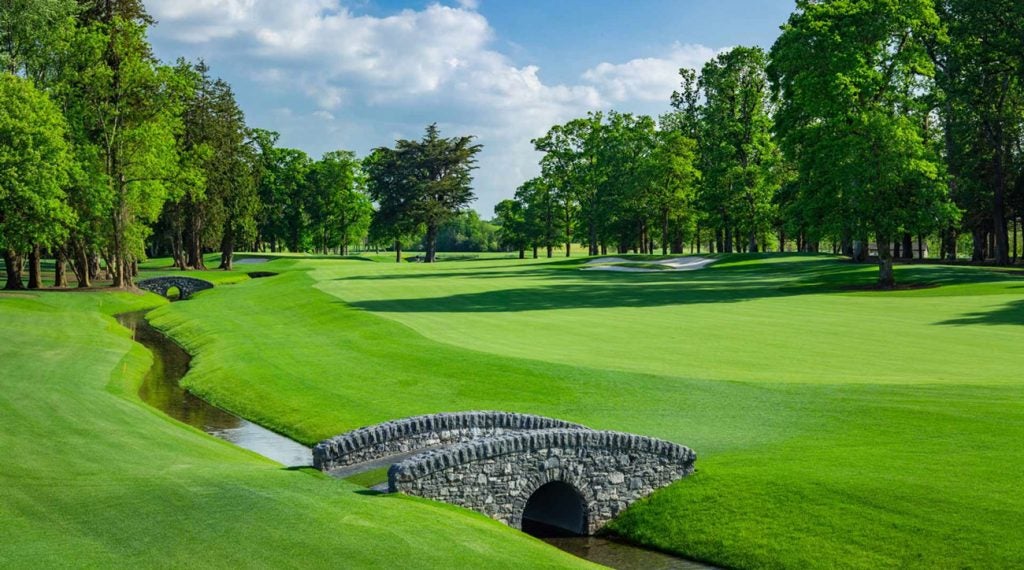 But unlike Augusta National, Adare Manor lets anyone willing to pony up $425 to play. Ireland’s most expensive course isn’t a coastline beauty, but rather, a parkland diamond. Links-lovers might consider passing it by — the sea is a good drive away and fairways are silky smooth rather than exquisitely rumpled — and that would be their loss.

Limerick native and billionaire J.P. McManus acquired the property in 2015 and spared no expense in creating a setting that attracts deep-pocketed golfers, particularly Americans accustomed to a private-club atmosphere. This is the high end of top-end golf. The massive practice area could house its own 18-hole layout. The halfway house is a subtly elegant, glass-walled gem. The greens-grade bentgrass extends across 328,000 square yards — the biggest blanket of its kind in Ireland.

Travel
The best renovation of 2018: The Golf Course at Adare Manor

On the course, Fazio went light on the rough and the bunkers, but missing the track’s many elevated greens will induce chipping nightmares. The front nine has water in play on three holes, including the par-5 seventh, which curves around a lake. The hole also brings Adare Manor itself into view. It, too, has been reborn, undergoing a multimillion-dollar makeover that added a new wing of rooms, among other upgrades.

Dating back to the mid-19th century, the luxury hotel is a place where afternoon tea in the Gallery Room is a tough ticket. And the underground Tack Room bar doesn’t just have merely talented bartenders — one is Ireland’s 2018 National Cocktail Champion, who also snagged a Gold Medal at the World Cocktail Championship last year. 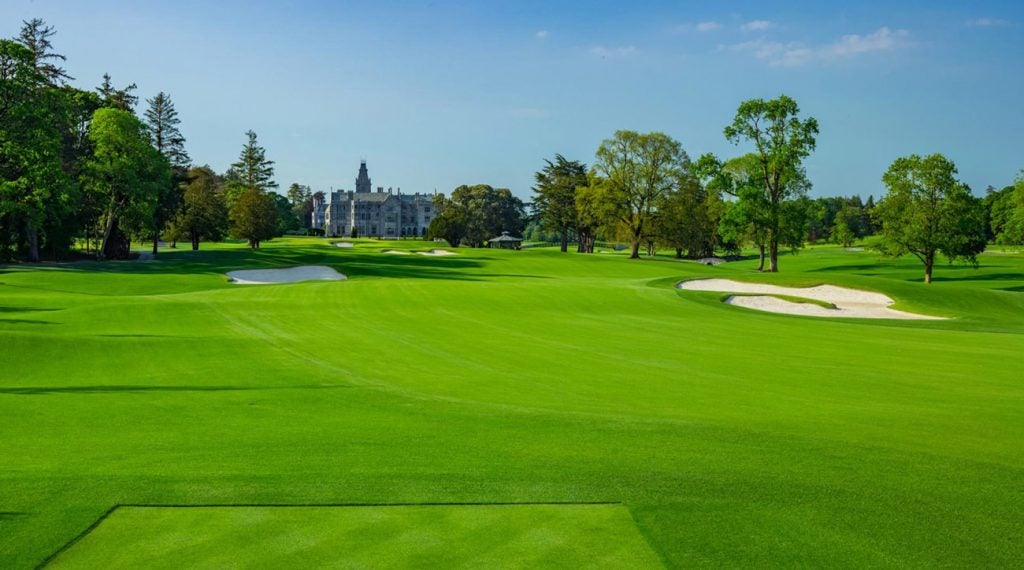 Adare Manor has played host to the Irish Open before.
Courtesy of Adare Manor

If the Manor is intoxicating, the tight back nine is clearly the star, with a finishing stretch custom-built for match play. Water is a factor on four of the last five holes, especially on the testy par-3 16th (pictured) and the drivable par-4 15th, which is bordered on the right by the River Maigue. You’ll have to cross that river (and then some) to reach the par-5 finisher.

McManus has gone on record to say that hosting the Ryder Cup (the next unclaimed slot for Europe is in 2026) is a dream of his for the venue. If and when it arrives, Adare Manor will certainly be ready. 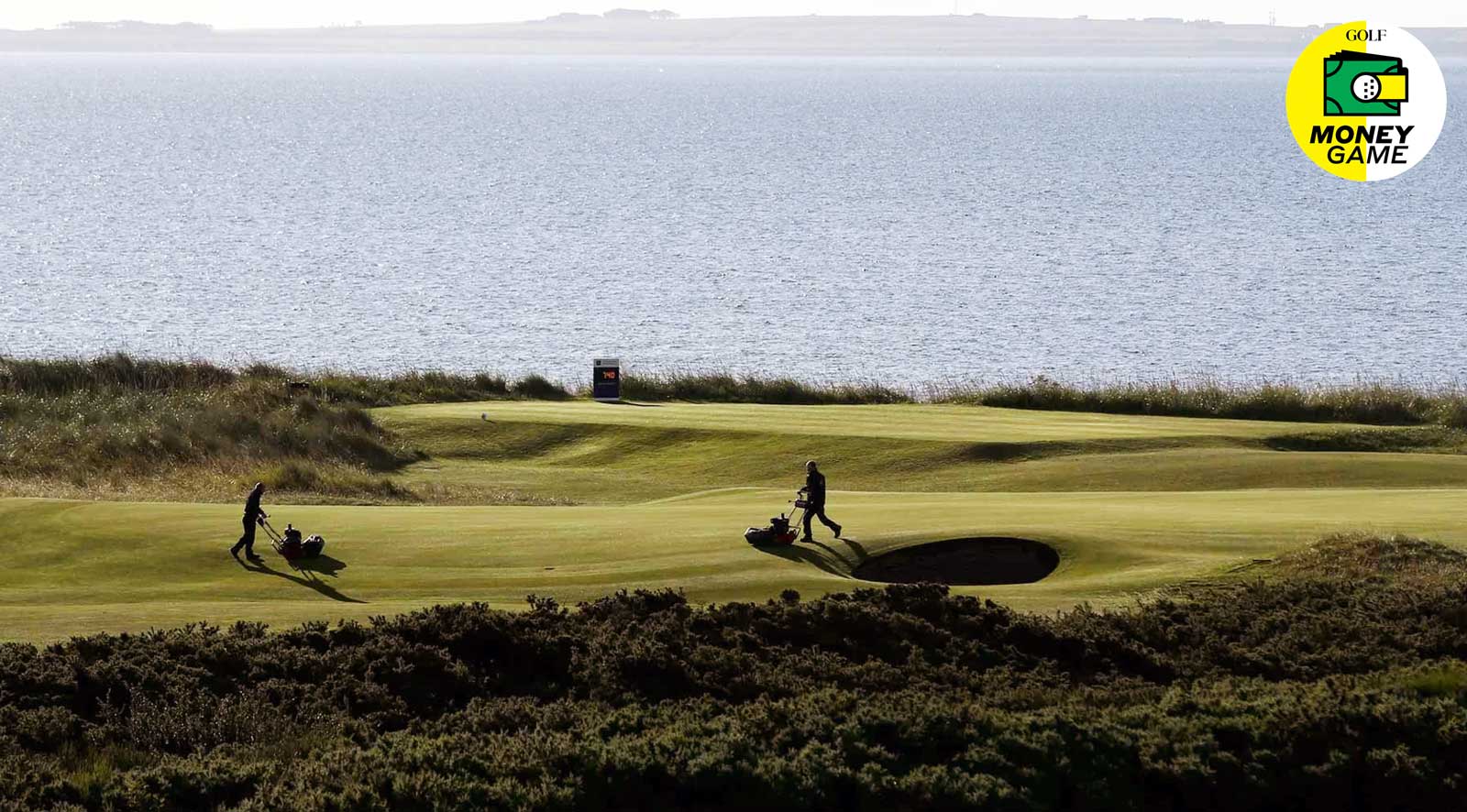