Exploring the golf course where Harrison Ford crash-landed his plane 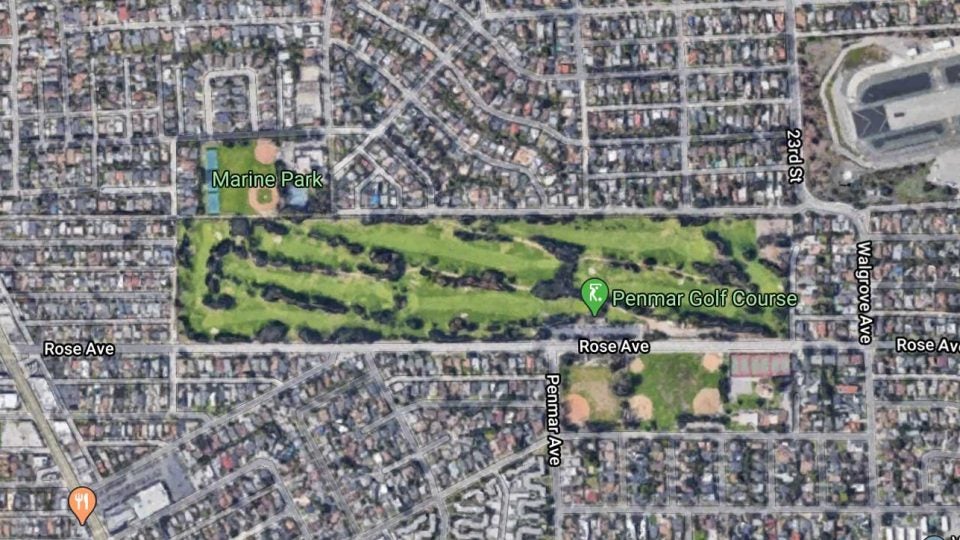 This is the third in our Muni Monday series, spotlighting stories from the world of city- and county-owned golf courses around the world. Got a muni story that needs telling? Send tips to Dylan Dethier or to munimondays@gmail.com and follow us on Instagram.

VENICE, Calif. — Between population, traffic and availability, it can be notoriously difficult to get a round of public golf in Los Angeles. But on Saturday morning — the busiest golf day of the week! — Sean Zak and I booked up the first time of the day, 6:24 a.m., at Penmar Golf Course. When we arrived in the parking lot, we were skeptical. How would we even be able to see? But sure enough, just as the clock struck 6:20 the world began to brighten a little bit, and Penmar opened up around us.

Who says public golf in LA can’t be done? @sean_zak and @dylan_dethier got Saturday started with a 6:24 a.m. time at Penmar Golf Course, a green gem interrupting the urban sprawl of Venice. Penmar is a par-33 with great vibes and sneaky good greens — especially first thing in the morning. Oh, and the 8th hole is the site of Harrison Ford’s crash-landing in 2015… #MuniMondays

For better or worse, Penmar is probably most famous for one non-golf-related incident in 2015, when Harrison Ford crash-landed his vintage World War II-era airplane onto the 8th hole. He was trying to get back to the runway at nearby Santa Monica Airport, but was unable to make it back and instead opted for the course. The 73-year-old was “battered,” but ultimately okay — and the course offered refunds to anybody affected by the crash. “Harrison Fore!” read the TMZ headline. This is L.A., after all. 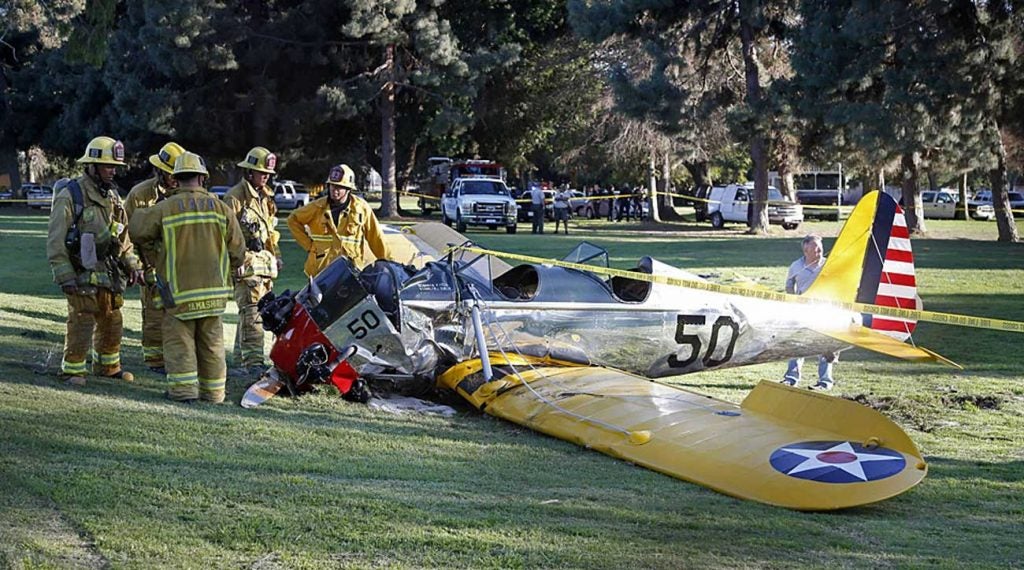 In 2015, Harrison Ford crash-landed his plane on the 8th hole at Penmar Golf Course.
Getty Images

Apart from Sean’s towering 3-woods, we experienced no such aerial excitement as we dew-swept the nine-hole layout, which consists of six par-4s and three par-3s. There’s no driving range, but the opening hole, a 290-yard open par-4, is forgiving enough to make up for that. The course gets more interesting after that, winding its way through a Venice neighborhood, alongside a park, up against the airport. It’s a little strip of green hemmed in on all sides by the rest of L.A. life.

How much money should a city funnel into its golf courses? That’s a question every muni faces, and it’s particularly tricky here. Even with Penmar’s relatively cheap prices (the most expensive rate is $20.50) the course’s offerings can seem frivolous when set against the city’s homeless problem, which is particularly relevant given the large encampment directly abutting the course. (A photo leading a compelling read by the Hollywood Reporter illustrates the divide.)

Editor’s note: After this article was initially posted, the president of Penmar’s golf club reached out, pointing out that L.A.’s munis make millions of dollars each year, which goes toward supporting city parks. “We pay our way and more!” he pointed out, adding that Penmar is particularly aware of homeless issues and supporting the city in searching for solutions to a complex problem.

Regardless of maintenance budget, I was amazed when I rolled my first putt of the day on the first green, still 10 minutes before dawn. It cruised past the hole and kept on rolling, leaving a lengthy second putt. The morning greens were receptive yet still smooth and fast, an aspirational combo for any course, anywhere.

There’s no question that Penmar is a little rough around the edges — and rough around the rough, for that matter. But it has plenty to offer for everyone. Beginners will find the course accessible, as it’s short, flat and you’re unlikely to lose too many golf balls. Better players can try to hit the green on a couple par-4s and hunt birdies all round. Still, tree trouble lurks, and some of those greens are smaller than they look. Penmar’s no joke.

In the afternoons, you’ll find a lively vibe around the first tee, putting green and cafe. That’s all well and good. But there’s something special about that 6:24 a.m. time, too. The greens are smooth, the course is open and the day is yours. By 7:35, we were back in the parking lot, still plenty of time to get to Riviera Country Club — five miles (and an entire world) away — before Tiger Woods’ morning tee time. Quite the way to start.