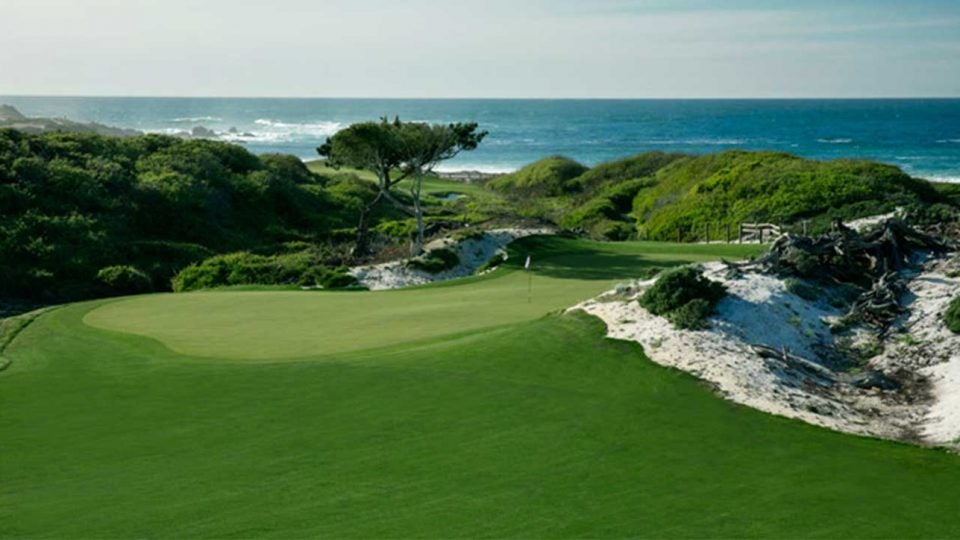 A look at the green on the 9th hole at the Dunes.
Chip Henderson

America’s next great golf course is here: the reimagined and reborn Dunes Course at Monterey Peninsula Country Club. The name will be familiar to enthusiasts of the old Crosby Clambake, as from 1947-64 the Dunes was one of the tournament’s host venues. In recent years MPCC has developed a national profile as its other course, the Shore, has joined the Pebble Beach Pro-Am rota and become one of the favorite tracks among PGA Tour pros because of its artistic holes and endless views. It was the success of the Shore renovation — overseen by the late architect-poet Mike Strantz at the turn of the century — that helped convince MPCC it was time to polish its other jewel.

The Dunes dates to 1925 and has a strong pedigree. The course was drawn up by Seth Raynor but he died in the early phases of construction. Fortuitously, Dr. Alister MacKenzie was working on Cypress Point, just a few bends down 17 Mile Drive, and his collaborator Robert Hunter oversaw the completion of the Dunes, which like Cypress winds its way through the forest and down to the sea. But unlike Cypress Point’s sandy soil, the Dunes was built largely on clay. Back when it used to rain in California, drainage could be a problem. In the late 1990’s MPCC retained Rees Jones to help avoid the winter quagmires.

Jones’s solution was to raise the small, well-protected greens. This aided drainage but made for very demanding approach shots; the deep bunkers severely punished even small misses. Strantz’s redone Shore Course was much more user-friendly than its longer, tighter big brother, and in recent years the MPCC membership was playing two-thirds of its rounds on the Shore.

MPCC talked to many top names about the Dunes redo but ultimately settled on Tom Fazio, who couldn’t resist the chance to be part of what is almost surely the last large-scale golf project in Pebble Beach. But Fazio, 71, is easing into retirement. Knowing he wouldn’t often be traveling out West, he entrusted day-to-day operations to two former associates, Tim Jackson and David Kahn, who have now hung up their own shingle, Jackson-Kahn Design. They were omnipresent throughout the project and did such tremendous work that the bronze plaque on the first tee gives Jackson-Kahn Design equal billing with Fazio.

MORE: The Best Courses You Can Play for Under $100

The soul of the project was making the Dunes much dunesier, as beautiful sandscapes were conjured throughout the course. Modeled after the large dunes that already grace the 10th and 11th holes, the manmade dunes are already sprouting native vegetation and will only get more rustic and lovely in time. The old Dunes had greens that were monotonously uniform in shape and size, but now the putting surfaces vary from 4,000 square feet up to 13,000, with lots of undulation to distinguish them from gentle, smooth lines on the Shore. (Similarly, the cushy Rye grass fairways play much differently than the closely cropped fescue of the Shore.) The biggest knock on the old Dunes was that the first five holes were overly linear and rather boring, but they now feature much more movement along with a touch of whimsy; the par-3 4th has a huge green that wraps around a hillock, allowing for a back-right pin placement that is not visible from the tee. The fifth has become a drivable par-4 with a diabolical green. On the risk-reward par-5 9th hole, the green has been pushed back 40 yards into a dramatic amphitheater of dunes, which also brings into play an old creek. The 13th hole was previously a flat, straight par-5 but now the serpentine fairway plays through a valley of towering dunes. The Dunes’s signature hole has always been the par-3 14th, which demands a full-blooded carry over the Pacific. That remains unchanged but the hole has been enhanced by more natural bunkering, a larger green offering more pin placements and the importation of one tree to frame the vista; it has been so artfully placed that tourists are already confusing it with the iconic Lone Cypress.

MORE: Insider’s Guide to Golf in the Pebble Beach Area

Going forward the Dunes is sure to be a fixture of various Top 100 lists, and it should launch the star of Jackson-Kahn. The course will play host to the Clambake, perhaps as soon as 2018, with the plan being to alternate years with the Shore. With its spectacular new course, MPCC has also ended an old debate. Winged Foot and Baltusrol each have two courses with championship pedigrees but at both properties the tracks look and play pretty much the same. Whisper Rock is a cool scene and enjoys the starpower of various Tour players as members, but the outskirts of Scottsdale can’t compete with the grandeur of Pebble Beach. No, the best 36-hole club in America is now Monterey Peninsula, with two very different courses that are every bit as good as those that share the same famous coastline. 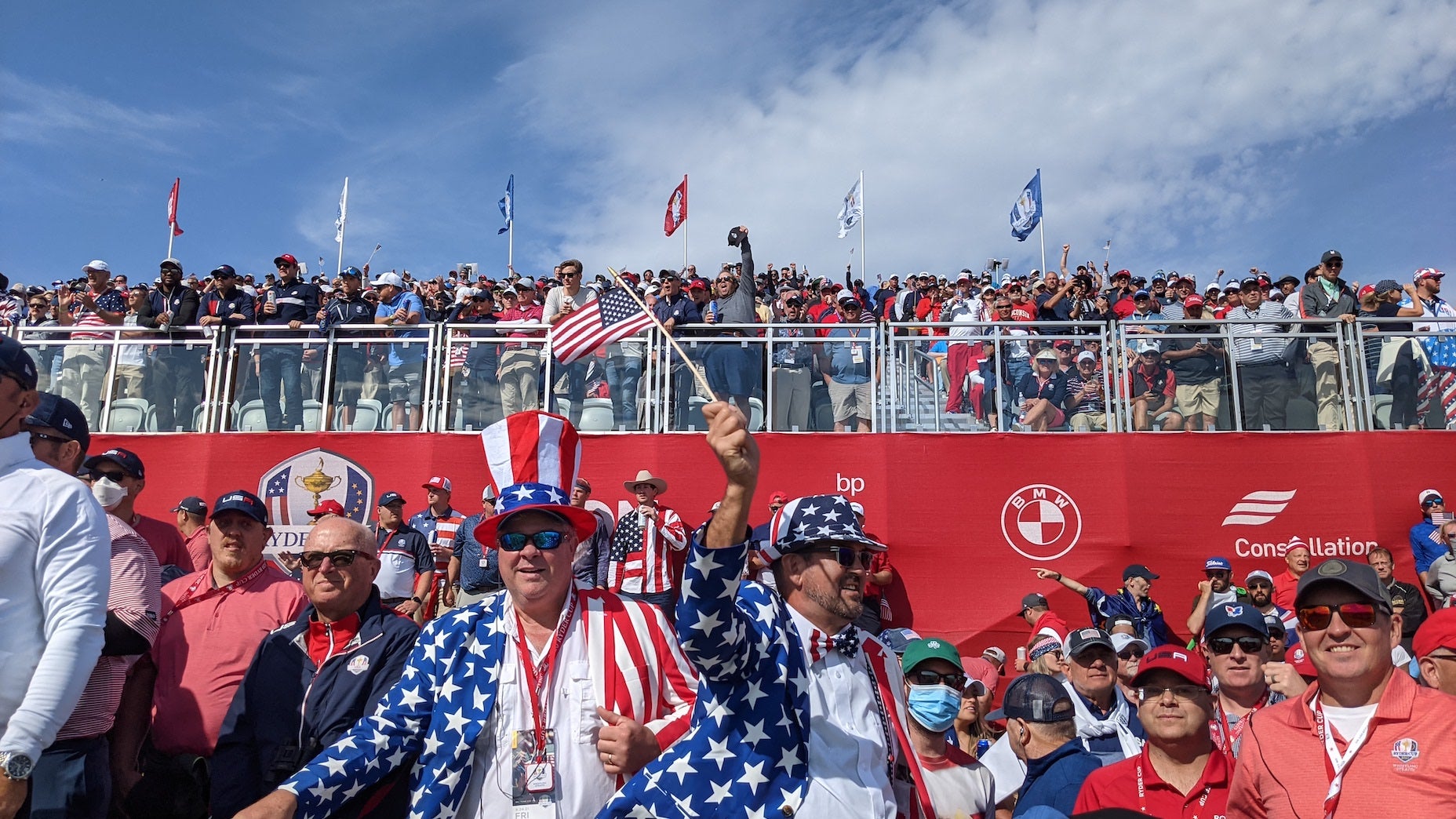