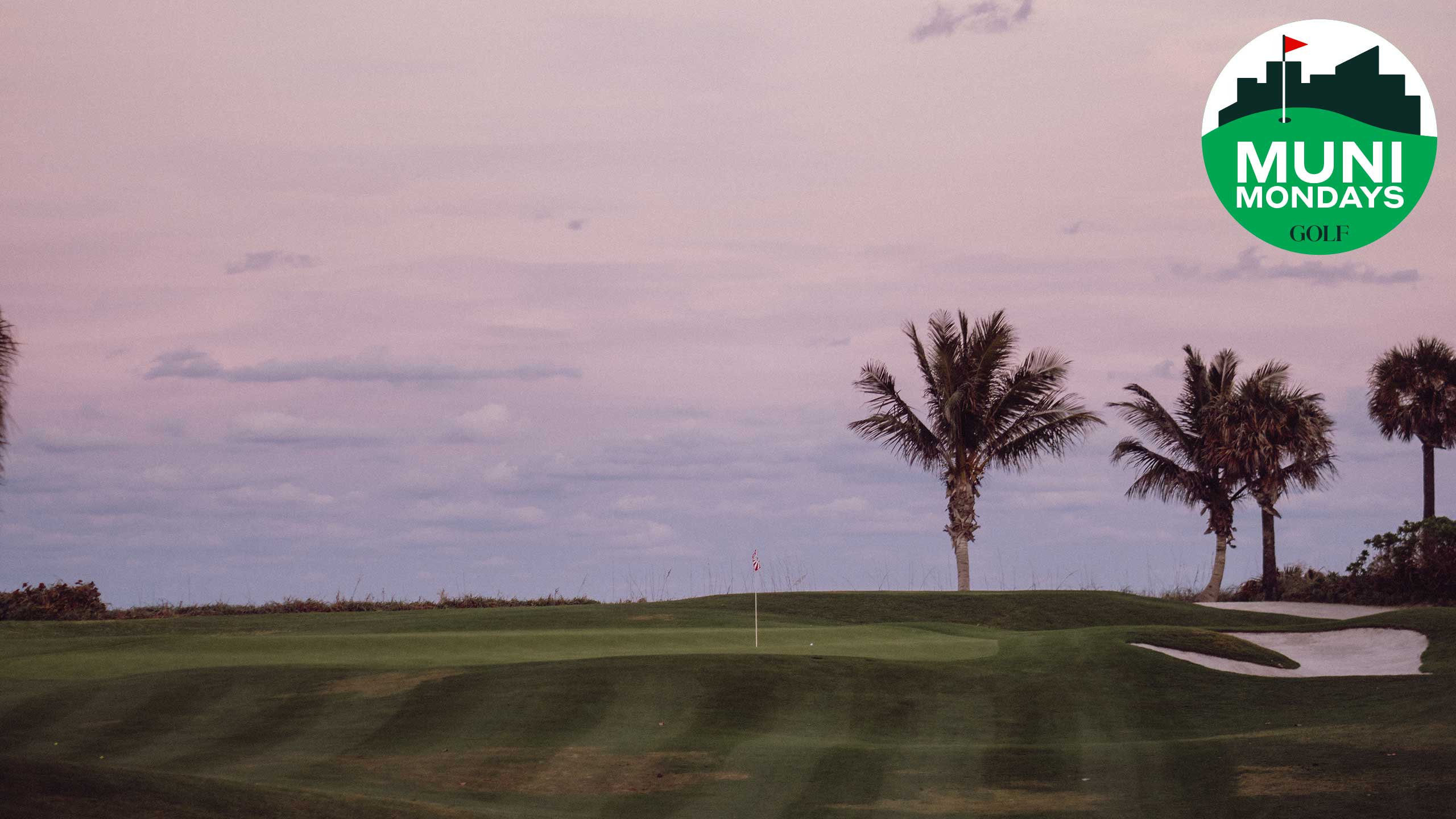 The Palm Beach Par-3 Course, at sundown, is as good as par-3 golf gets.

As children, we’re taught to be wary of strangers. And these last 12 months, we’ve doubled down on that conditioning. Remember the packed elevators, nine-deep? And how we walked in any direction we pleased at the grocery store? As the new normal has increasingly involved masks on our faces and plexiglass between us (with good reason!) strangers have never felt stranger than they do right now.

Except on the golf course.

By now you know all about golf’s resurgence during the pandemic, but beyond the influx of rounds and people taking up the game, one of the best aspects of the Covid Era is that golf has allowed for genuine interaction with strangers, no masks in sight. You couldn’t get that elsewhere. (And you still can’t in many places.)

We started this year-long journey encouraging golfers to go at it alone. Peg it yourself and embrace the solitude. Boy, did I ever. But it didn’t dawn on me until recently that the past year has delivered a handful of great experiences playing with strangers. For me, all of them have taken place at municipal courses, the lifeblood of the game, where the greens fees are cheaper, the rounds take longer and there’s a backup of creaky warmup swings on the first tee.

There was my friend-for-five-hours Carlos at Marine Park in Brooklyn, an Argentine with all the lag in the world and a handful of stories about Angel Cabrera. There was the former Notre Dame pitcher who played a little pro ball, new to the golf scene in Detroit. There was the senior couple hitting their weekly quota of holes in Minneapolis and the coworker duo who canceled a meeting to tee it up in Chicago, only to send a pair of tee shots onto Lake Shore Drive during rush hour. Most recently, there was Brad and Jordan at the Palm Beach Par-3.

Brad is actually a pro golfer who played his college golf at Oklahoma State (alongside Tour members Talor Gooch and Wyndham Clark) and recently polished off a season on the PGA Tour China circuit. He’d tell you life feels pretty far from that right now. Especially in Army athletic shorts and a John Mayer concert tee, hitting knockdown wedge after knockdown wedge.

Jordan is a used car salesman from Savannah, Ga. tagging along on his wife’s work trip. He hitches his wagon on those trips whenever he can, and the clubs always come with. He even flew in earlier than her to get an extra few holes in. The golf bug lives strong within.

Brad, with this perfect follow-through and finish, and Jordan, with his pull-cut swipe, couldn’t have seemed more different at first, but they found shared ground discussing the intrigue of Kiawah Island, the merits of walking and the resume of Gil Hanse. When you’re playing 18 par-3 holes, could anything else matter more than conversation?

Palm Beach Par-3, for the uninitiated, is a thorough exercise in muni minimalism, from the teeny pro shop to the gravel path that winds between the intracoastal and the Atlantic Ocean. “Seminole South” is what Gehl called it, and in terms of beach vibes he can’t be far off. Ray Floyd is the designer and whoever commissioned him to do it is perhaps the greater genius. Some of the gaudiest real estate in the country is just down the road, but this thoughtful little golf course interrupts the island mansions that sit on either side of A1A.

The Par-3 is always jam-packed these days; parking overflows onto the turf embankments surrounding the course. Tee times have been sold out since the pandemic began. (You can read more about it from Michael Bamberger here.)

As I alluded to earlier, munis often move at a slower pace. If your local muni somehow lacks that imperfection, you’re lucky — though it surely has others. But with the right attitude, a group of strangers paired with a halting pace of play can turn to a thing of beauty. Five minutes of wait time on every tee box is enough to drive a golfer mad. It’s also plenty of time to learn the basic details about those around you, and never long enough to get pressured into baring your soul. Jordan has 20 Chevy Tahoes at his disposal, and he rents them out for a nice profit. Brad is the founder of The Hangry Project, a non-profit that sponsors a local skating community and feeds those involved. (Read more of his story here.)

We spent more time sharing stories than grinding over golf shots on the front nine, and none of us made a single birdie. On the back, we upped the stakes, playing $5-a-man for the first birdie, $5-a-man for the last. When another stranger missed his green with an approach and found our tee box instead, we were suddenly a fivesome. The sun sank over mainland Florida, making it impossible to see our shots land, but someone besides the pro needed to card a circle, so we pressed on into the darkness.

The final four holes were a bonding adventure as Brad peppered greens and Jordan’s depth perception wavered. There’s a special bond that forms between golfers committed to finishing out a round in darkness, doubly so at this slice of golf heaven — which many have called the best par-3 course in the country. The only thing clear on the 18th tee was that the ocean was to our left, the clubhouse restaurant was to our right and the green was somewhere in between.

Miraculously, and I mean that, our evening ended with a blind, $15 birdie for yours truly. Seeing is overrated.

I realize now that the walk to the parking lot was too quick. There’d been an intimacy to the round, and three hours of cheering each other’s tee shots will teach you plenty about someone, from their typical miss to their go-to post-chunk cuss word. As we parted ways, there was Jordan, promising he’d send a donation Brad’s way. And then Brad offering up complimentary Hangry apparel. The group knew we’d likely never see each other again, but that wasn’t the point, nor did it detract from what had become a meaningful evening in the setting sun.

Find me another sport that offers that 365 days a year.