Money games are a staple of most any golf club, but no one has been doing it longer—or better—than a dedicated group of members inside the walls of venerable Oakmont CC. It’s known as the Swat, and three times a week, competitors tee off in its four-man best-ball Nassau. No handicap weighting. No gimmes. 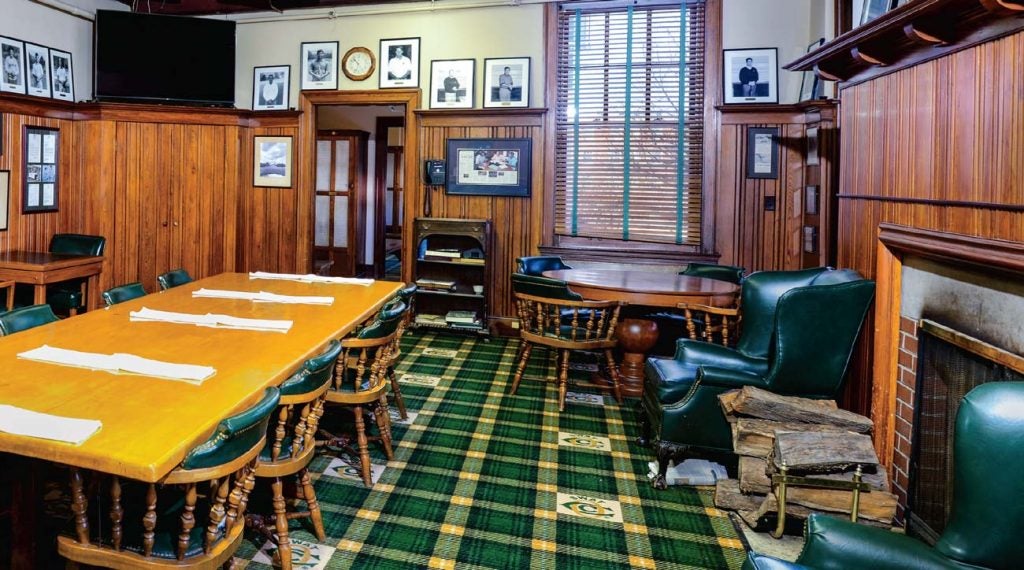 Oakmont’s ultra-exclusive Swat room oozes history, along with the details of every Swat contest since 1955.
Fred Vuich

Teams are cobbled together from whomever rolls in that day, and to keep it competitive each group gets an A, B, C and D player. The game is usually a $10 Nassau, with payouts for the front nine, back nine and total. A max win or loss tends to run about $300. Not a life-altering sum, but for most members it’s more than enough to get the blood pumping. No one wants to disappoint his foursome, because a bad round lingers longer than just 18 holes. In fact, every score from every player is recorded for posterity.

Since 1955, the results of each Swat have been dutifully scribbled into ledger books, which are stored in the club’s aptly named Swat Room, just off the men’s locker room. “It’s one of the all-time coolest rooms on the planet,” says Eric Johnson, who worked as a teaching pro at Oakmont for 17 years. “It’s like the coolest fraternity in golf.” 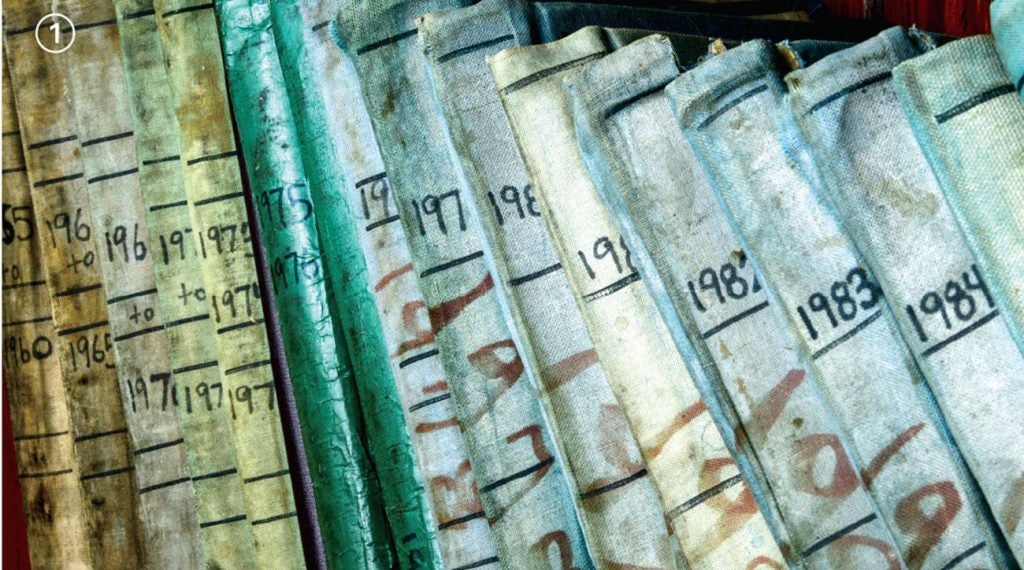 The ledger books where swat stories can be found
Fred Vuich

The room serves as a convivial gathering place for members, who use it to unwind after the matches. As for the game’s unusual name? That remains part of the mystery. “It’s not an acronym for anything. The only thing we can come up with is that it stands for swatting the ball,” says Jim Murphy, the current Swat chairman.

The Swat group consists of 315 members—the oldest is 94— making it essentially a club within the club. It has an annual party every fall that includes a magician who sticks dollar bills into the ceiling as part of his repertoire. To keep teams fair and balanced, the books are audited each month and players are reassigned to group A, B, C or D based on their performances. Leaf through them and you’ll find thousands of names—including Arnold Palmer’s famous signature. According to the ledger, Palmer won 12 shares in a Swat in 1973. Not too shabby. 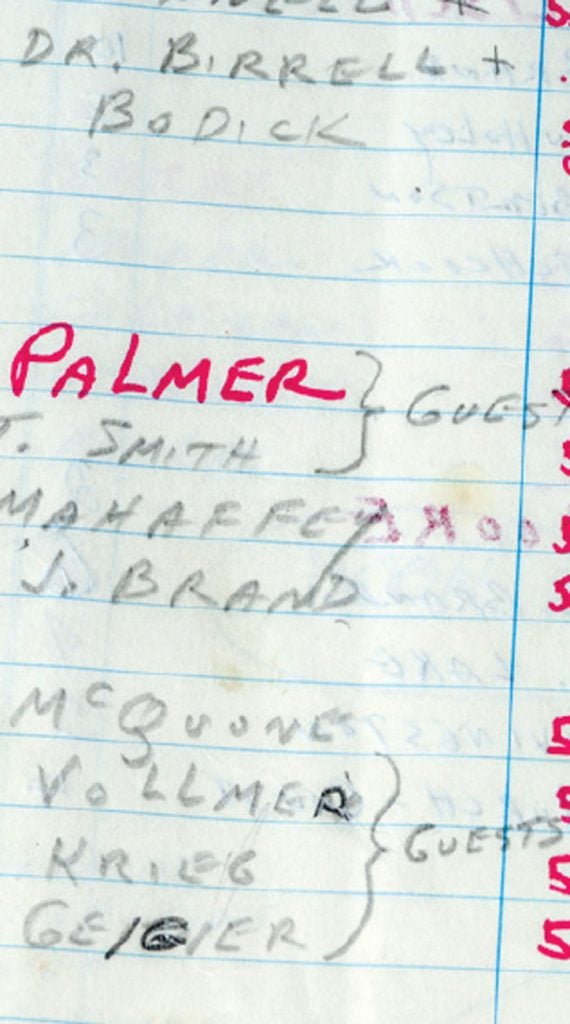 One of the most legendary participants: Arnold Palmer.
Fred Vuich

The room is unquestionably original. And like the game itself, it’s evolved over time. Just last year the members put in some flashy new carpet with swat stamped onto it. “People might think the logo on the carpet is overdone,” Murphy says with a laugh. “But we like it.” Come to Kohler, Wisconsin, for the Ryder Cup, stay for its small-town charm 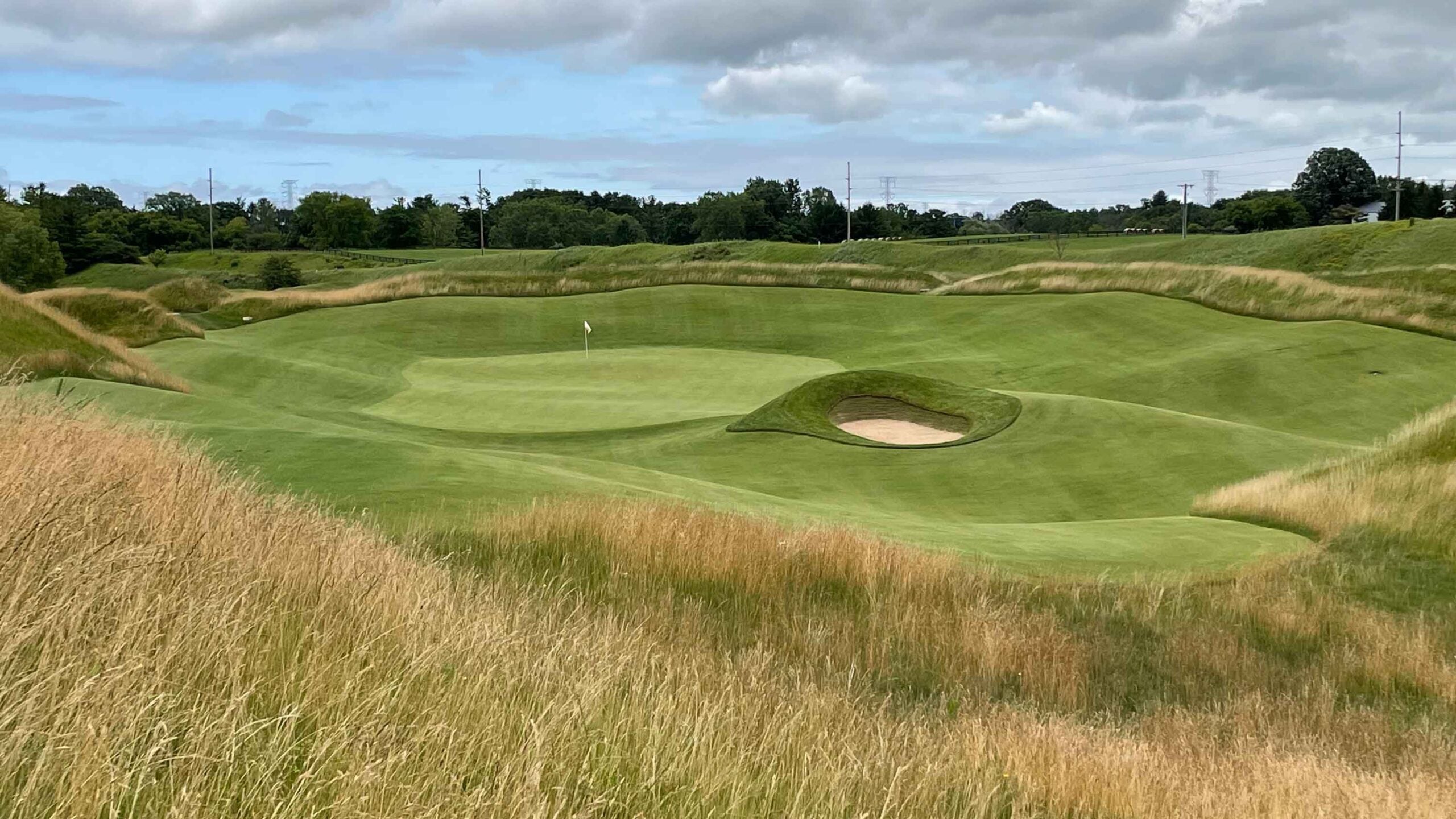 Whistling Straits beat you up? The par-3 Baths course is the perfect spot to lick your wounds
Go to mobile version