The six best U.S. golf courses within a five-iron of a major airport 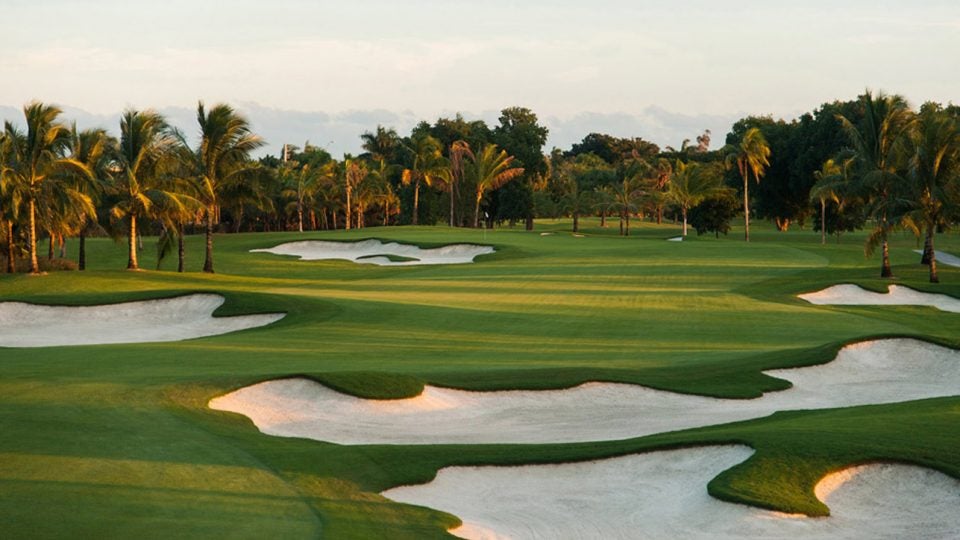 Trump Doral had been a frequent stop on the PGA Tour.
Courtesy of Trump National Doral

You want to plan a trip with your golf friends to a course you’ve never played before, but you don’t want to go too far from the airport once you’ve landed. Have no fear; we’ve got you covered. Here are the six best U.S. golf courses located near a major airport.

Bali Hai is so close to the airport, you might start losing money on the course before you do in the casino. The surprisingly lush Schmidt-Curley layout’s got big-time razzle-dazzle, from the dramatic Strip views to Bluetooth speakers in the carts to the sassy ParMate female caddies.
balihaigolfclub.com
(866) 330-5211

The conditioning might not be quite as pristine as at nearby Merion Golf Club, but the charming and historic (circa 1916) Olde Course here was likewise designed by Hugh Wilson. This tight, tree-lined track, host of a PGA Tour event in 1955, demands your straight game.
cobbscreek.golfphilly.org
(215) 877-8707

While we’re talking golf course-airport synergy, this Tom Fazio design is literally owned by El Paso International Airport. Butterfield Trail features dramatic features and expansive views and is the first step in an economic development plan for the area. With twilight rates starting at just $35, this could be the perfect place to stop in before — or after — a flight.

Go North! Giants Ridge lives up to the hype, and then some
Go to mobile version