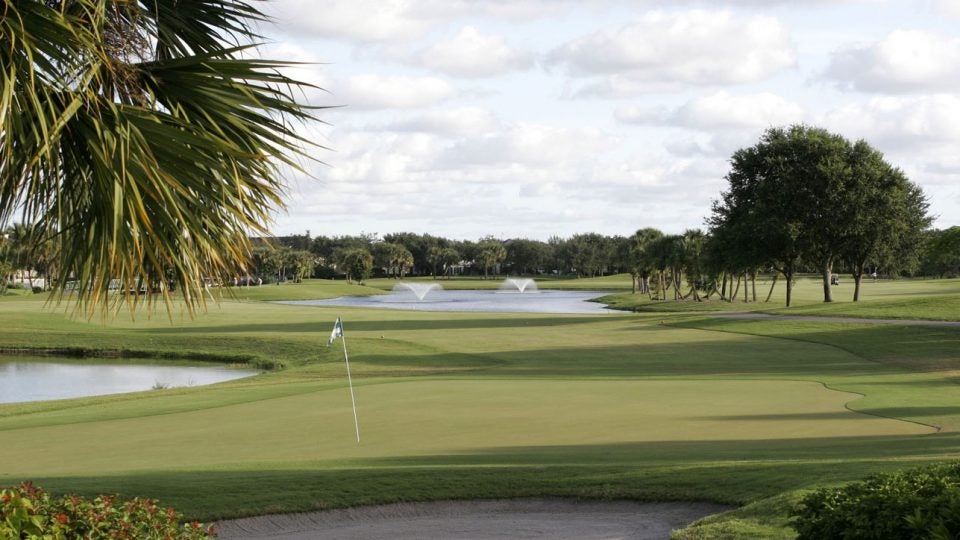 The sun is coming out, the birds are chirping, and baseball season is finally back as MLB teams report for Spring Training in Florida and Arizona. Baseball’s version of its preseason just so happens to take place in two of the most popular states for golf in the country.

Jupiter is the lone city in Florida to host two National League teams during Spring Training, as Cardinals and Marlins fans will call it home for the next month. It is also one of three Spring Training cities alongside the east coast of Florida. If you looking to play a round while there, look no further than Abacoa Golf Club. Abacoa was the last course designed by course architect Joe Lee before his death. The 18-hole, par-72 course runs 7,200 yards from its furthest set of tees, and turns 20 years old this year. Prices range from $30-$135. 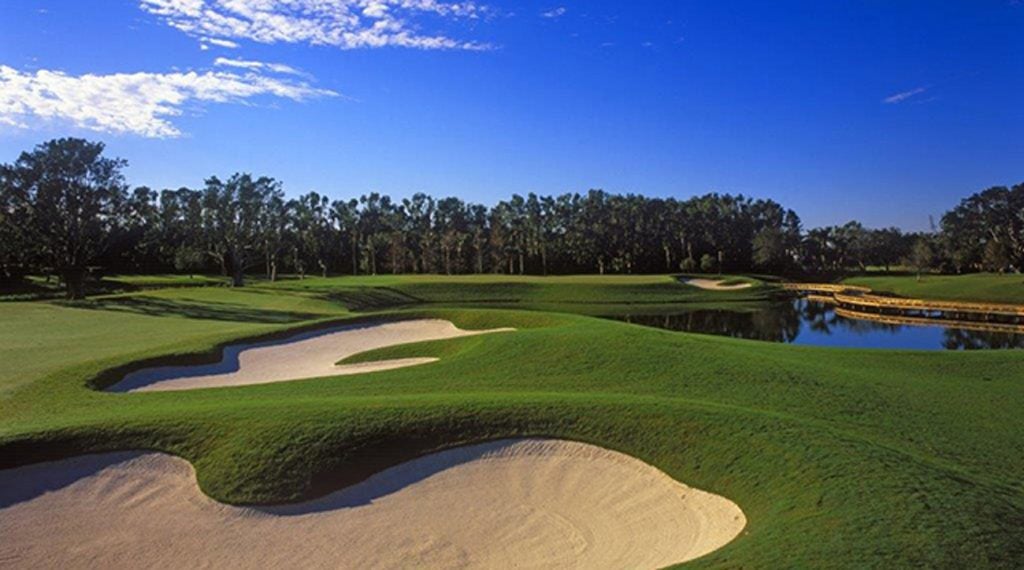 A view of the 13th hole at The Breakers' Rees Jones-designed course.
Courtesy of The Breakers

West Palm Beach is the only Spring Training city in Florida to host MLB teams from both leagues, as the Astros and Nationals will be residing in the area for the next month, and like Jupiter, West Palm Beach is also a major golf hotbed. The Breakers, a luxury resort located in neighboring Palm Beach, offers two wonderful options.

The Ocean Course at the Breakers is Florida’s oldest course, originally designed by Alexander H. Findlay in 1897. But last year, the course underwent a full-scale renovation by course architect Rees Jones.

And just 10 miles down the road from the resort is the Breakers Rees Jones course, originally built in 1968 as a “modern compliment” to the neighboring Ocean course. The Rees Jones course was reconstructed in 2004. Prices for both courses range from $85-$235. 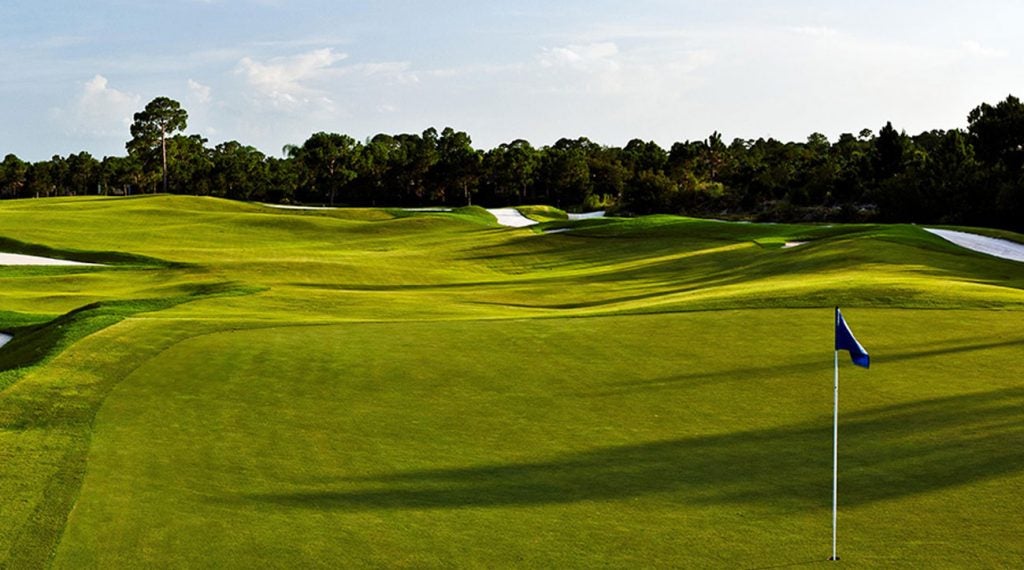 We all know that life as a Mets fan isn’t the easiest. But we also know that it’s an easy choice when it comes to picking out a place to play golf in Port St. Lucie: PGA Golf Club at PGA Village. PGA Village offers golfers three 18-hole courses to choose from, all three of which have been designed by Tom Fazio and Pete Dye. The par-72 Wanamaker Course, which was formerly called the South Course, opened for business in 1996 and is named after Rodman Wanamaker, the father of the PGA.

The par-72 Ryder Course, formerly dubbed the North Course, also opened in 1996. It’s named after Samuel Ryder, the namesake and founder of the Ryder Cup.

The par-72 Dye Course, which came about three years later than the other two tracks in 1999, is named after its aforementioned designer. It’s a links-style course with design touches akin to courses you might find across the pond. Prices typically start at $135. 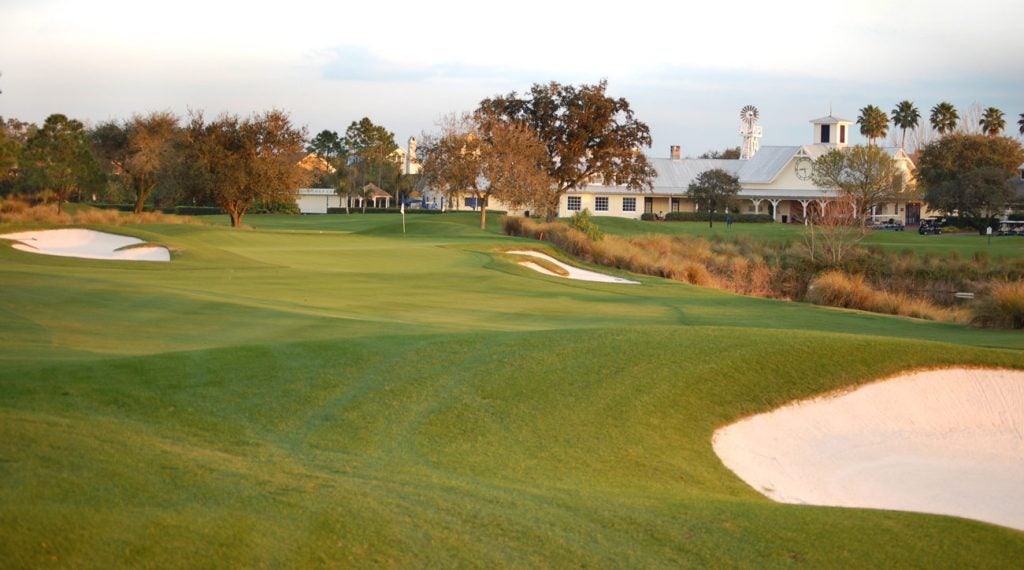 Celebration Golf Club has an iconic windmill located next to the clubhouse.
Courtesy of Play Florida Golf

Kissimmee is one of two Central Florida and Orlando-area cities that host MLB teams for Spring Training, as the Braves will be residing roughly 25 minutes away from Mickey Mouse for the next month. In Kissimmee, one public course to check out is Celebration Golf Club. The course opened for play in 1996 and was designed by Robert Trent Jones and his son, the last project that the father-son duo constructed together. Prices range from $52-$129. 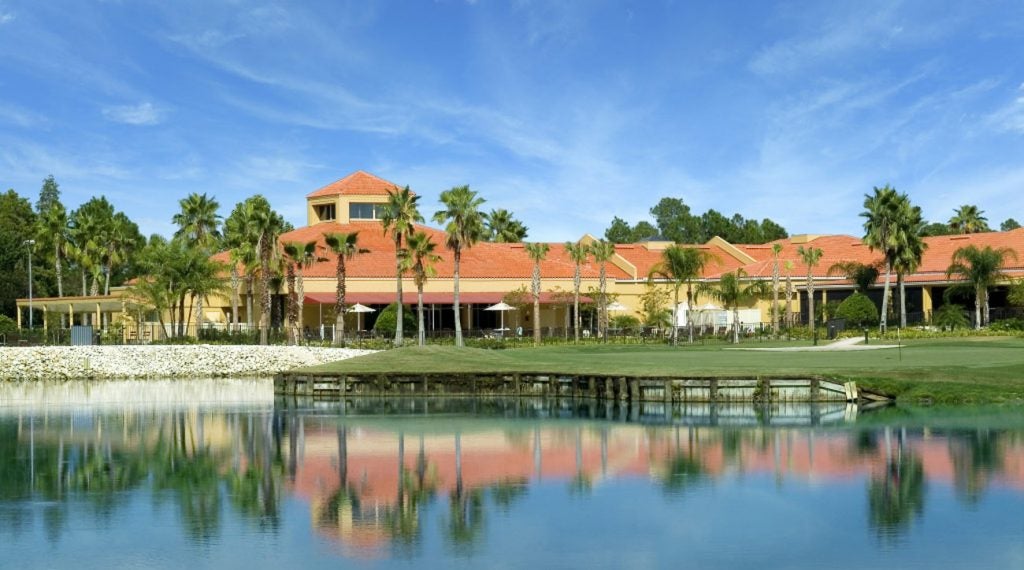 The other Central Florida city to host Spring Training is Lakeland, where the Tigers will be for the next month. Located about an hour outside of Orlando, Big Cypress Golf Club has an 18-hole, par-72 track for golfers to hit up when not at the ballpark. Called the South Course, it runs 6,680 yards from the tips and was designed by Ron Garl in 1987. The club also has a smaller track onsite called the North Course, which is a par-60 and runs only 3,494 yards. You can play a round for as little as $32. 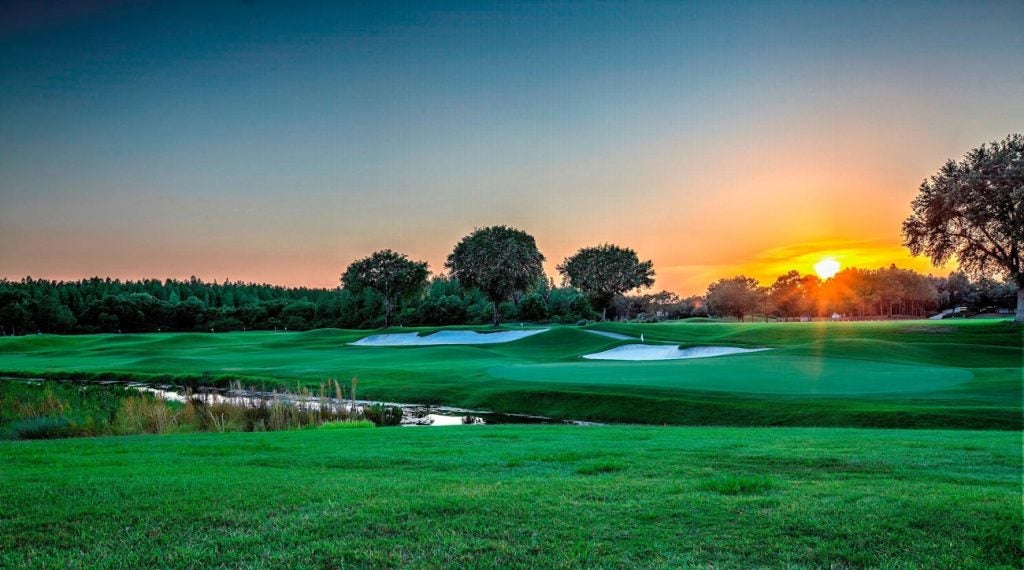 Tampa is one of just seven cities along the west coast of the Sunshine State to play host to Spring Training, as the Bronx Bombers have long called Tampa their home away from home. And when in Tampa, one should play a round at TPC Tampa Bay. Built by the PGA Tour in 1991 and part of its TPC network, TPC Tampa Bay is a Bobby Weed-designed course that has hosted PGA Tour Champions events for 21 straight years. Prices at the par-71 track range from $115-$225. 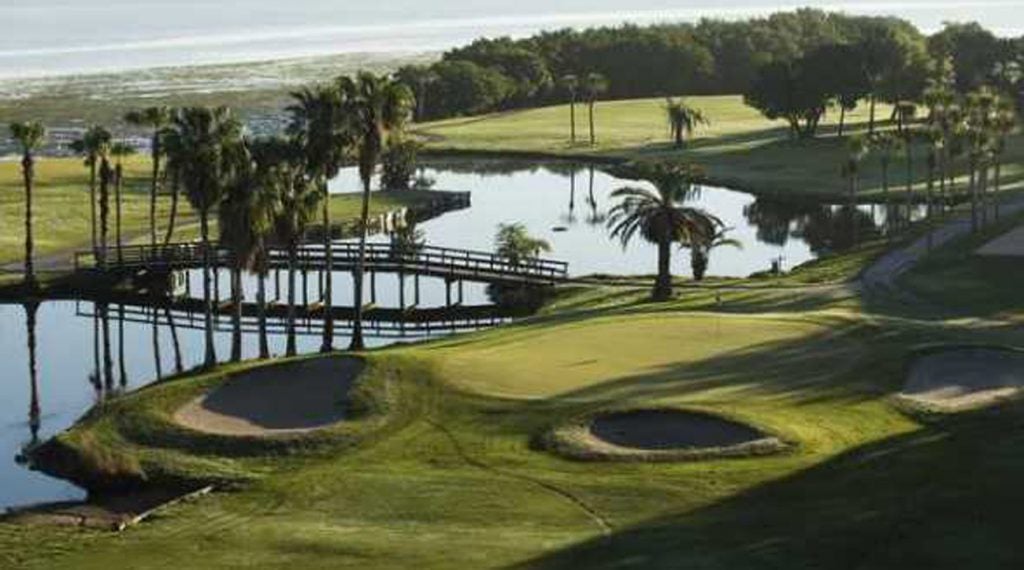 Near Tampa is Clearwater, which is the Spring Training home of the Phillies. What also can be found in Clearwater is The Landings Golf Club. Formerly known as Clearwater Executive Golf Course, the course was built by Ron Garl in 1970. It’s an executive-style par-63 course that runs only 4,472 yards, yet still consists of 18 holes. The track features nine par 3s and no par 5s. The best part: You can snag a tee time for no more than $33. 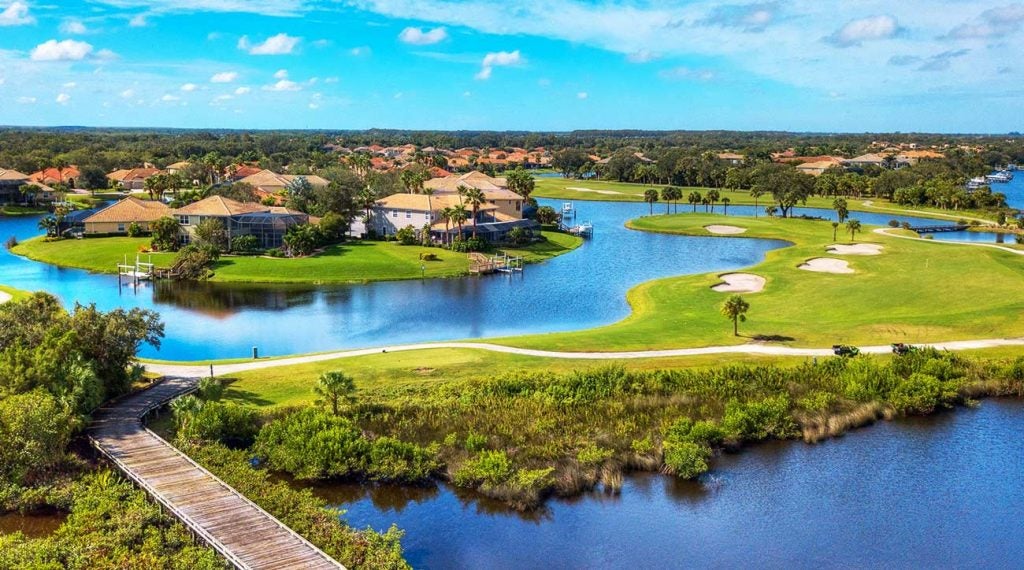 Bradenton is Buccos Country at this time of year, as Pirates fans will be encamping on the west coast of Florida for the next month. One public course that stands out from the rest in Bradenton is Waterlefe Golf Club. The 18-hole, par-72 course was designed by Ted McAnlis and opened for business in 2000. The course has also been a U.S. Open qualifier site six times. Prices range from $49-$99. 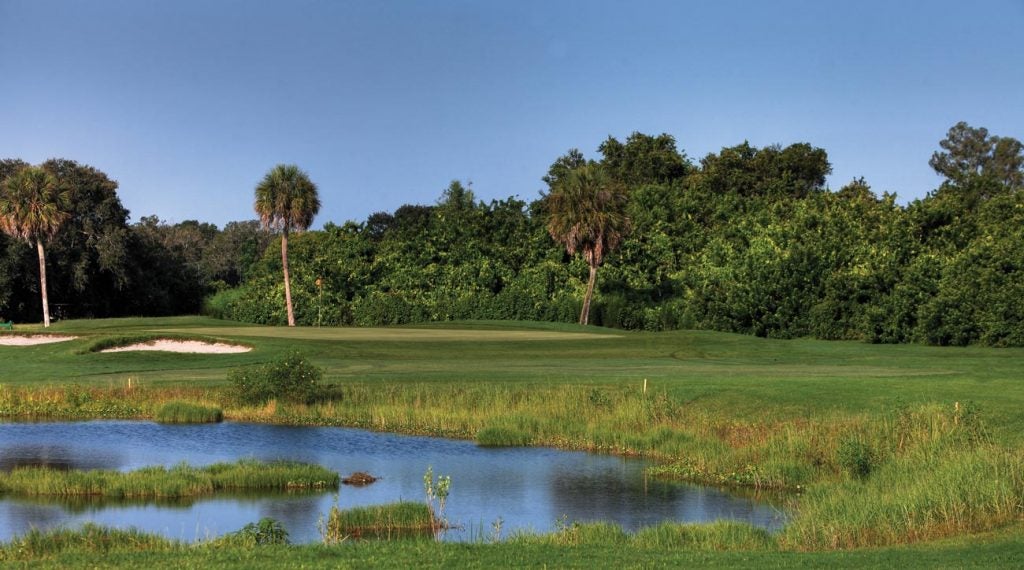 Sarasota is where O’s fans will be flying (literally and figuratively) for Spring Training over the next month. When not at the ballpark, one course that fans can check out is Rolling Green Golf Club. The 18-hole, par-72 course was built in 1963 by architect Roy Albert Anderson, and you can get yourself a tee time for no more than $39. 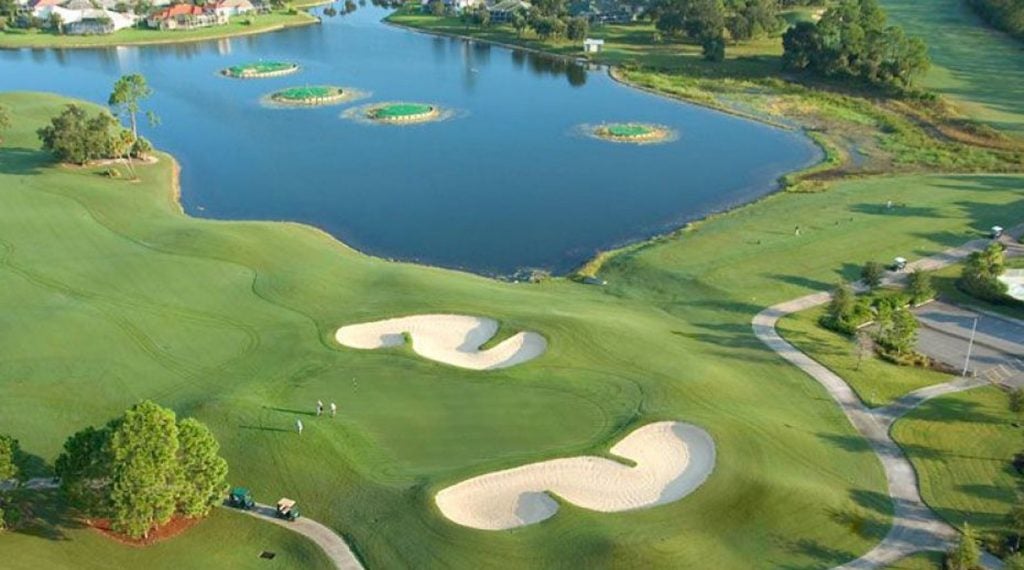 Like the Miami Marlins, the Tampa Bay Rays ironically do not set up camp for Spring Training in their home city. In fact, the Rays have the displeasure of getting pushed out of Tampa by their division rival Yankees in the spring. Nevertheless, Rays’ fans can find solace at Charlotte Harbor National Golf Club when not at the ballpark. Designed and built by Bob Tway and Lee Singletary in 1998, the 18-hole par-71 course has recently undergone a full renovation and was formerly known as Bobcat Trail Golf Club. Nicknamed “The Cat”, the course is over 6,800 yards long from the back tees. Prices range from $40-$75. 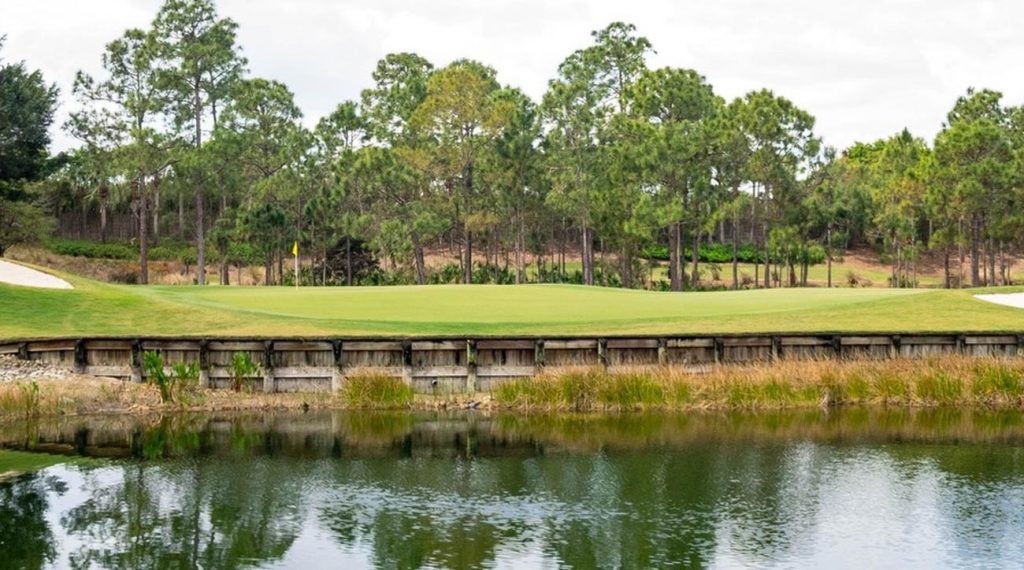 All eyes will be on Fort Myers this spring as the defending World Series-champion Red Sox will begin their title defense. And the Minnesota Twins can’t be forgotten about either. But fans of both teams should find time to play some golf at Colonial Country Club over the next month. Colonial was designed by Gordon Lewis in 2003, but if you’re not in the mood for a full round, you can get yourself on the driving range for as little as $10. 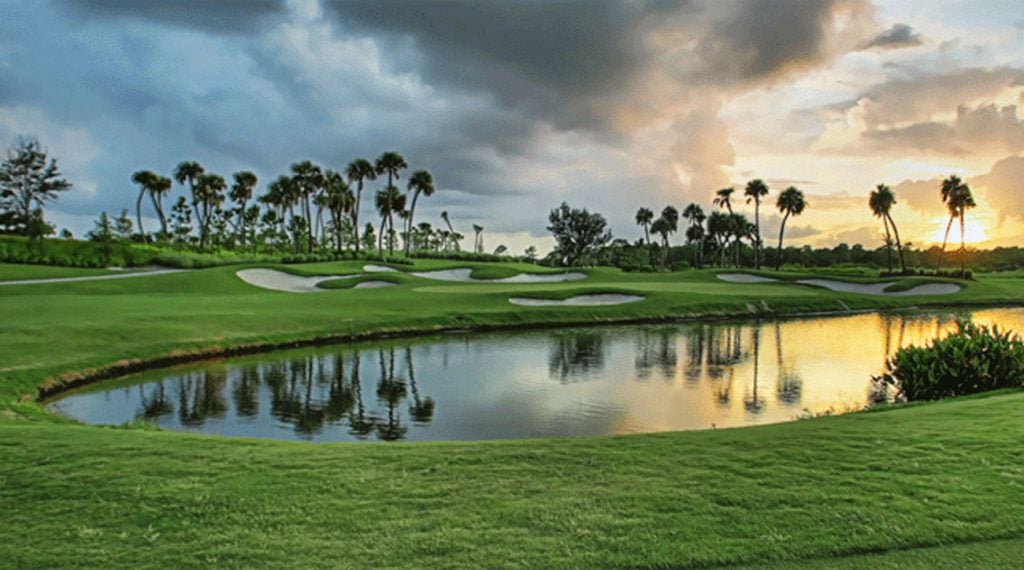 Canada’s lone MLB team calls Dunedin home for the next month, as the Blue Jays have flown south (again, literally and figuratively) for Spring Training. And in Dunedin, the perfect course for baseball fans north of the border to play at is Dunedin Golf Club. Designed by Donald Ross, the course opened for business in 1927 and was the home of the PGA of America from 1945-1962. As a result, it has also hosted several Champions Tour events in the past. The course, which underwent a major renovation last decade, runs 6,625 yards from the back tees. Prices range $29-$55.