Will Dustin Johnson Realize His Major Potential at Oakmont? 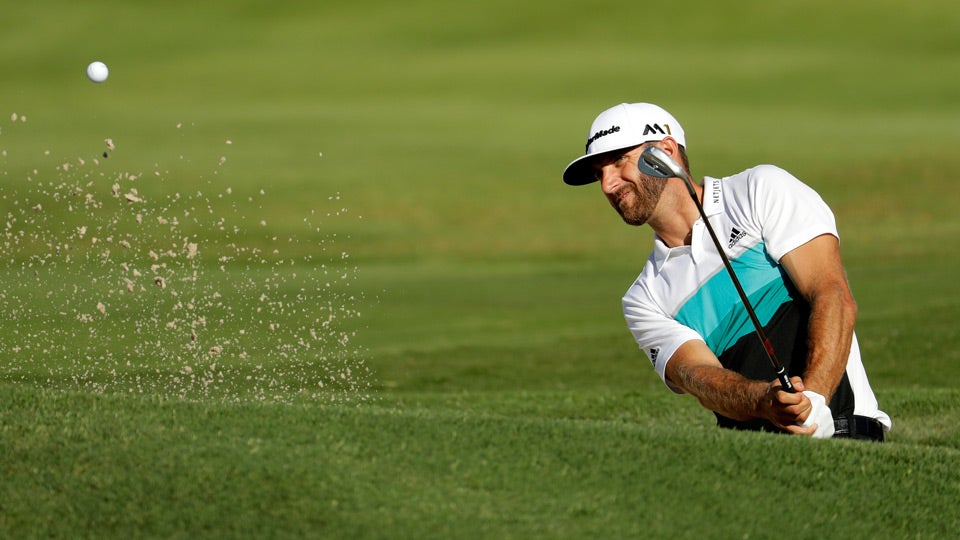 One more week and Dustin Johnson won’t have to answer the same old question. You know, the one about how it feels to lose the U.S. Open and whether he is over it.
2016 Getty Images

One more week and Dustin Johnson won’t have to answer the same old question. You know, the one about how it feels to lose the U.S. Open and whether he is over it.

Oakmont will crown a new Open champion, and at long last there will be a new first loser to discuss, ending Johnson’s yearlong sentence in the media-question penalty box after he three-putted the final green at Chambers Bay to miss his opportunity to win the national championship. At the Memorial last week a Columbus-area media member framed the question as -politely as possible: “Dustin, I guess everyone thinks about the three-putt, but do you ever lean on the fact that you hit one of the best drives and one of the best approach shots at the U.S. Open on the 72nd hole?”

Beneath that scruffy and fashionable, not-quite-a-beard facade, Johnson always seems like he’s about to smirk. “Yeah, that’s really the only thing I think about,” he replied. “I don’t think about those putts, that’s for sure.”

A room full of journalists laughed along with Johnson. So is he over Chambers Bay? He cracked a joke. He owned it. He has since played 19 events. So in his words, Yeah.

Johnson is 6′ 4″ and 190 muscular pounds of uncomplicated. He appears to have put that loss behind him as easily as he dunks a basketball. If something fazed him, we would’ve noticed by now. Like when he lost the lead and his composure in the final round of the 2010 U.S. Open at Pebble Beach en route to an 82. Or when he missed a playoff two months later in the PGA Championship at Whistling Straits after he drew a penalty for grounding his club in a fairway bunker on the 72nd hole. He was one shot off the lead in the final round of the 2011 British Open at Royal St. George’s when he blew a 2-iron out-of-bounds on a reachable par-5. Last year he led the British Open at the Old Course after two rounds, but strong winds and waffling officials who waited too long to stop play seemed to bother Johnson, who plummeted with a pair of disinterested 75s.

Related: Is Oakmont Really the Toughest Major Venue of All?

His résumé is studded with highlights. Johnson is 2–0 in Ryder Cup singles, scoring one of only three victories during Team USA’s 2012 Meltdown at Medinah. He has nine PGA Tour victories and at least one win in each of the past eight seasons. This year his close calls include a third in Houston, a third at the Memorial and a quiet tie for fourth at the Masters. In February, Golf Channel analyst Brandel Chamblee went so far as to say that Johnson is “on a Hall of Fame trajectory.”

One of the game’s most powerful hitters, Johnson remains a tantalizing tease of potential—see those five coulda-shoulda-woulda majors that slipped away. “Dustin is arguably the most talented player on Tour,” defending Open champion Jordan Spieth says. “He’s not only a freak athlete but a freak golf athlete. Like, he has great hands, great clubface control. He hits shots you won’t see anybody else try.”

Johnson had 10 birdies during a first-round 64 at the Memorial. Scoring conditions were perfect, but he made the game look like child’s play. He was tied for the lead at the turn on Sunday before finishing a shot out of a playoff, which William McGirt won over Jon Curran.

“I love the talent and the skills,” says former U.S. Open champ Jim Furyk, who was Johnson’s partner in a 2010 Ryder Cup four-ball match in Wales. “Dustin is explosive. It’s been a lot of just not knocking in putts at the right time. It could happen soon, and when it does, he could be off to the races and win three majors in four or five years.”

Johnson acknowledges that his putting is holding him back. In fact, while he is in the top 10 in three key ball-striking categories on the PGA Tour, he’s only 47th in total putting. “With this game you’ve got to make putts,” he says. “It’s something I’ve struggled a bit with this year. I’ve been working pretty hard on the putter, and I feel like it’s starting to pay off.”

Related: The Five Toughest Shots the Pros Will Face at Oakmont

Johnson is otherwise in a great place in his life. He’s happy, he’s the father to a baby boy with Paulina Gretzky, and they’re arguably golf’s most photogenic couple. Dustin turns 32 on June 22. Phil Mickelson didn’t win his first major until 33, and now he has five. Johnson still has time, but besides carrying the Best Player Who Hasn’t Won a Major tag, he carries the label of being seen as an outsized talent.

“Ask Tom Weiskopf,” Furyk says. “He was supposed to have the best swing; he was an Ohio State guy like Jack Nicklaus, and all that put a lot more pressure on him. The guys who don’t worry what everybody else says are better off. It was always easy for me to ignore people and the catcalls because I had to do it all my life with my [unconventional] swing.”

Furyk, however, believes that Johnson’s even temperament helps him lighten the weight of expectations. “I don’t think DJ sits at home reading golf magazines or plowing through the Internet to see what people say about him,” Furyk says. “I’m sure there are inner wounds. I’ve lost majors and finished second a bunch. It hurts, no doubt. I remember how much it stung to lose at Oakmont by one [in 2007]. If it lingers, it can’t do anything positive for you. You think about it, learn from it and move on, and I believe Dustin does that. He reminds me of an NFL cornerback, a guy who brushes off a mistake.”

When Johnson left Royal St. George’s, his offending 2-iron became two clubs after a rare moment of anger. Then Johnson took that club and did the same thing he did after Chambers Bay and all the other disappointments. He left it behind.

Oakmont awaits. It is next, and he knows as well as anybody, it’s all that matters.