Wild golf reimagines the ancient game as a contact sport 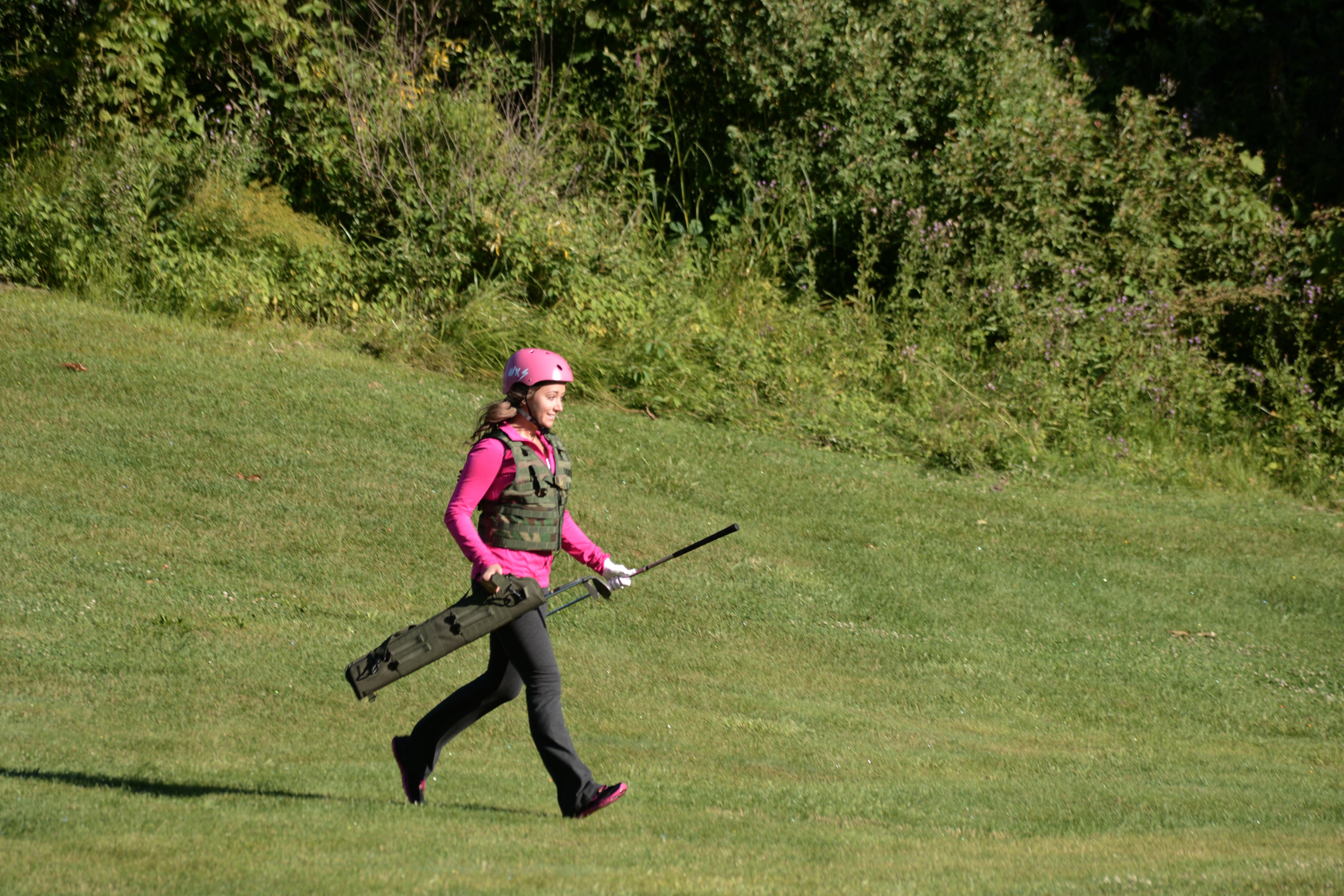 Wild golf is the brainchild of a few Michigan-based friends with a production company.
Courtesy of Wilderness Xtreme Sports

Reasonable people may disagree as to whether Nick Caramagno is a sports-world pioneer or a young man with too much time on his hands. Where you fall in the debate will likely depend on how you feel about wild golf, a golf hybrid intended to bring an untamed element into the game.

Wild golf is not so feral that it can’t be played on a plain-old golf course, but it’s wilder when it takes place elsewhere, as it often does. Pine forests. Dewy meadows. Downtown Detroit. All are worthy venues for the fringe pursuit that Caramagno dreamed up with two friends.

A 27-year-old Michigan native, Caramagno owns a production company, Wilderness Xtreme Sports Media, which he has used to film a number of wild golf outings. At first blush, the fledgling sport looks a bit like speed golf. But whereas speed golf tracks your score as a combination of shots-taken and time-elapsed, wild golf doesn’t bother tallying your strokes. How fast you play is all that matters. So competitors use three clubs—a driver, wedge and putter—to make their frenzied way around a three-hole course that can take any number of forms and whose location can be almost anywhere.

The first official wild golf outing was held on the overgrown grounds of a defunct golf course in Flint, Michigan, but Caramagno has also captured wild golf footage on a grassy patch outside the studios of a television station in downtown Detroit.

“Central Park. Kitty Hawk, North Carolina. The Smokey Mountains of Tennessee,” Caramagno says. “That’s the beauty of it. There are so many possibilities.”

The concept for wild golf took root a few years back when Caramagno’s friend, Frank Dattilo, was traveling in northern Michigan and was struck by the quantity of unspoiled spaces. Forests. Meadows. Glades. Mountains. Valleys. There was just so much room to knock a ball around.

Back in Detroit, Dattilo, Caramagno and another pal, Paul Lubanski, began brainstorming. Wild golf competitions are staged in phases, starting with individual time trials, which give way to head-to-head matches, timed and scrutinized by referees. Players wear helmets to guard against the hazards of errant golf balls as well as to protect against the perils posed by the opposition. In wild golf, physical contact is allowed.

Exactly how much contact is permissible is another matter. The founders of wild golf are still trying to finalize the rules. As part of their quest for clarity, they have scheduled a wild golf exhibition, a test-run of sorts, on Feb. 28. The precise location has yet to be determined and is weather-dependent; if it gets too cold or snowy, it might have to move from an outdoor venue in Detroit to an indoor venue outside the city. There are limits, it seems, to how wild wild golfers are willing to get.

Plans also call for a wild golf tournament on May 19, with $2,500 up for grabs. The location for that event is up in the air too, but count on it happening in Detroit. Caramagno is hoping to make partial use of the campus of Wayne State University.

Then there is his long-term vision for wild golf, which includes a national tournament circuit and celebrity matches for charity. Among the A-list encounters Caramagno would like to see are Wayne Gretzky vs. Michael Jordan; Cameron Diaz vs. Jessica Alba; and Jake Tapper vs. Jesse Watters.