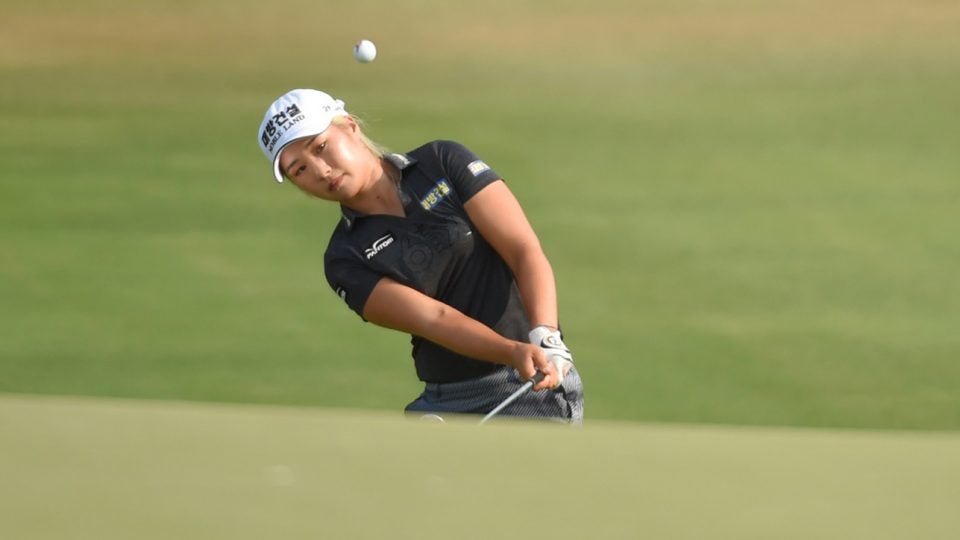 Jeongeun Lee6 has her first win on the LPGA Tour.
USA Today Sports

U.S. Women’s Open champion Jeongeun Lee6’s LPGA career is off to a tremendous start after her victory at the Country Club of Charleston in South Carolina on Sunday. It was the LPGA rookie’s first-ever win on Tour after making nine starts so far this year.

But just when you thought Lee6 had answered all the questions by beating out a stacked leaderboard on Sunday, one important question was unanswered for many viewers: why does she have a “6” at the end of her name?

“There’s six different players who have the same name, Jeongeun Lee,” Lee6 explained after her win. “It goes by 1, 2, 3, 4, 5, 6. I’m the sixth Jeongeun Lee player, and that’s why they put it down as Jeongeun Lee6. But this is my lucky number too, so I would love to put it down as Lee6 as my last name.”

Lee6 also has a fan club in South Korea called “Lucky 6,” according to her LPGA biography page.

Before her win on Sunday, Lee6 had earned three top-10 finishes in her previous eight starts on Tour. In fact, she hadn’t finished worse than tied for 26th. Her best result came at the LPGA Mediheal Championship last month when she tied for second.

This was Lee6’s third consecutive appearance in the U.S. Women’s Open. She finished T5 in 2017 and T17 in 2018. On Sunday, she claimed her first major title by shooting a one-under 70 to finish at six-under overall.

As long as Lee6 keeps winning on Tour, more and more people may be joining her “Lucky 6” fan club.