People, desperate to be part of the action, are going to only get more excited about the opportunity to officiate golf tournaments from their Barcaloungers, watching at home on their HD TVs, zooming in on dimples until they look like craters on the moon. The Lexi Thompson ball-marking debacle will embolden others, and we live in an era when everybody wants to have a voice. “You da man,” vile though it was, now almost seems quaint.

Sergio Garcia in the trees on 13 on Sunday, fiddling with pine needles, evidently brought in calls to Augusta National from viewers who thought his ball had moved. It reached enough of a crescendo that Jim Nantz, in the CBS telecast, wisely, and surely at the direction of Augusta National officials, informed his vast viewing audience that the situation had been reviewed by rules officials and that no penalty would be imposed. That was clearly the correct call for two reasons. 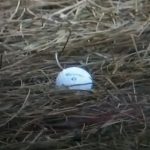 First of all, if the ball had moved at all, it had returned to its original position. Secondly, the rules allow for what a player could reasonably expect to see. Garcia was not looking at his ball through binoculars.

At some point, the governing bodies—the USGA and the R&A—would be wise to allow incremental micro-movements that have no influence whatsoever on the shot being played. The new proposed rules changes for 2019 address this situation when it occurs on a green but not elsewhere. It happens most commonly when your ball is sitting on a tuft of grass in the rough and during your backswing, as you lift the head of your club out of the rough, the ball falls off its perch. Under the current rule, you’ve hit a moving or moved ball and you’re penalized for it. It’s a little extreme. But, to get back to TV viewers, the call-ins regarding Garcia on Sunday should not make people think there is no value in having anybody and everybody who can help a player turn in a more accurate scorecard do so. The call-ins are part of a fundamental rule of tournament golf, that the players turn in accurate scorecards.

The Lexi Thompson situation in Mission Hills was completely different. Her ball-marking was completely haphazard and not within the rules of golf. We don’t know and cannot know and shouldn’t make a guess about her motivation in being so careless, but the fact is a half-inch on any putt, let alone a one-footer, gives a player a different line to the hole. In baseball, a hitter decides what pitch to hit. In golf, you play it as is lays.

Some players and golf observers take the view that the extra scrutiny that comes with playing golf on TV makes this whole call-in system unfair to the more prominent players. Right after Thompson got her four-shot penalty, Woods tweeted that viewers should not be officials “wearing stripes.”

But that view does not show a keen understanding of the intent of the rules. A player should want the scrutiny that comes with playing on TV because the player is not trying to get away with anything. The player should want to turn in the most accurate scorecard he or she can, with help from anybody who’s watching. 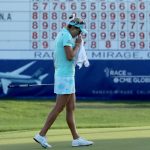 Also, the player should, and likely does, recognize that playing golf on TV is a privilege. It likely means you’re playing well, and, in professional golf, for prize money. TV, and TV viewers, make those purses possible.

But that’s just a side note. Garcia was proceeding cautiously and his ball never moved, not that he could have possibly detected. His situation was addressed.

There will be a next time and a next time and a time after that. Over time, it will become boring to hear about. It will sound unsporting. But, hard though it is to accept if you’re watching golf as you watch the NFL and the NBA, tournament golf is a completely different thing. The player should welcome any information from any source—at any time—that helps him or her be more compliant with the rules.

By the way, the only reason Woods was allowed to keep playing in the 2013 Masters after he described in a post-round interview the incorrect drop he took is because a TV caller had called in about the drop, and Augusta National officials decided to take no action on it. A TV viewer actually saved him that year.