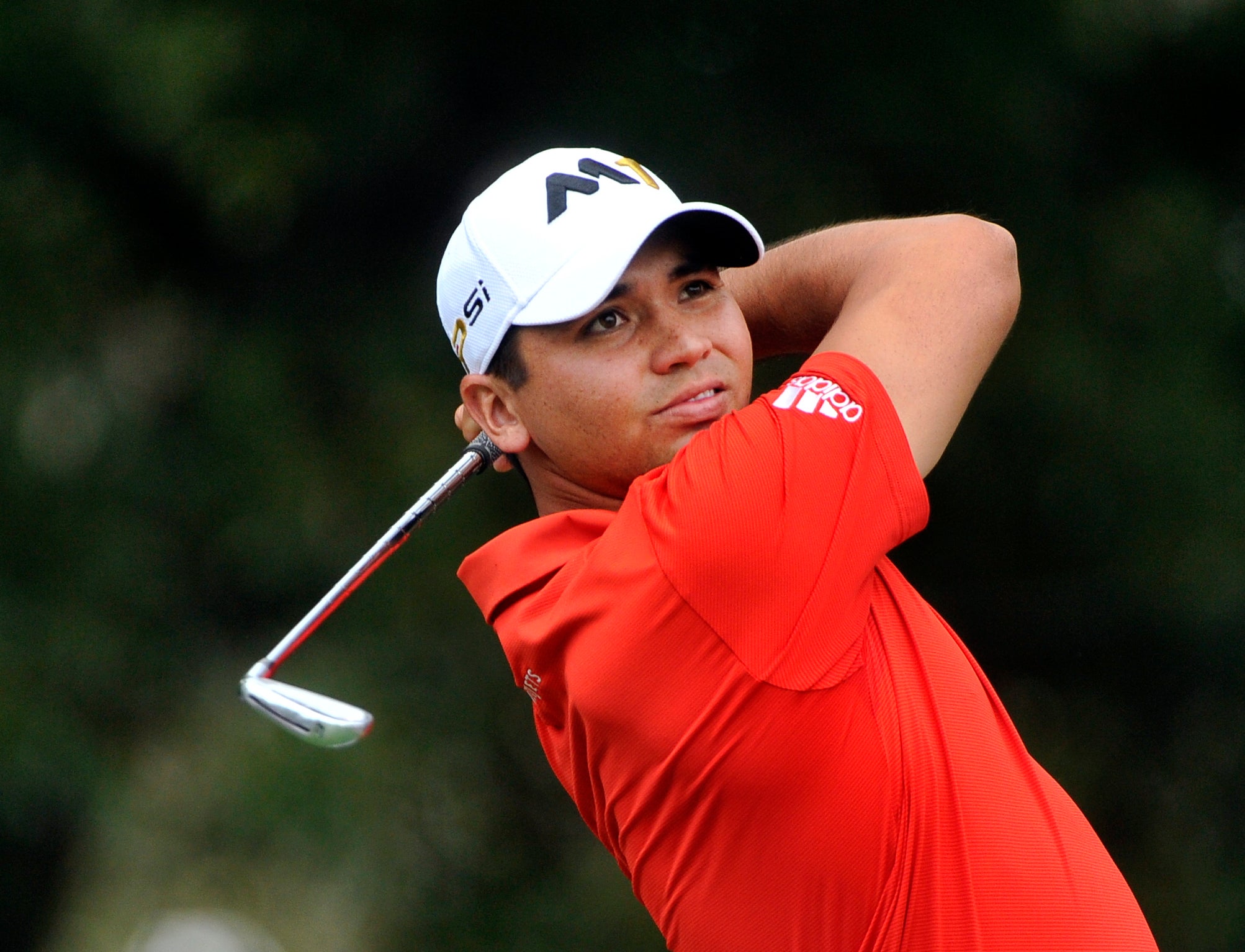 Jason Day tees off on the 12th hole during the first round of the Tour Championship golf tournament at East Lake Club Thursday, Sept. 24, 2015, in Atlanta. (AP Photo/John
AP Photo/John Amis

If winning the PGA Championship was the highlight of Day’s year, the Presidents Cup had to be the lowlight.  The Aussie played in five matches, losing four and only gaining a half while partnered with Adam Scott. Of course, that single point wasn’t much to cheer about since it came in the match against Zach Johnson and Phil Mickelson, who incurred what amounted to a two-hole penalty thanks to the improperly enforced “one ball” rule. Day failed to bounce back in his singles match with Johnson, losing 3 & 2, so in many ways his poor play was a big part of the U.S. win. The good news is that Day can throw the clubs into the closet for the next few months as he has no plans to play until after the birth of his second child, due in mid-November. He said he’s considering playing the Hero World Challenge in December, but don’t be surprised if his next start doesn’t come until the Hyundai in January.

On paper, it looked like another great FedEx Cup playoff run for Stenson, who notched three runner-ups and a T-10 at the BMW, but in reality the Swede once again showed his inability to take and keep the lead on the closing nine when he’s in contention. On Sunday at the Tour Championship, he played the back nine at 2 over, including a double bogey at 17.  He also ran into a double bogey on the 16th hole at the Deutsche Bank which cost him that title. Stenson is taking the next couple of weeks off before getting back to work with four straight starts at the CIMB Classic, WGC-HSBC Champions, BMW Masters and DP World Tour Championship.

After officially being crowned Player of the Year, Spieth had the good fortune to be paired with Dustin Johnson and then Patrick Reed at the Presidents Cup to win three of four points.  But he ran into a buzz-saw against Marc Leishman in Sunday singles, failing to keep pace with just three birdies and losing the match 1 down. Spieth will take a few weeks off before resurfacing in China for the WGC-HSBC Champions and then defending his titles at the Australian Open and the Hero World Challenge.

Another disappointing team event for Fowler at the Presidents Cup. After a great start teamed with Jimmy Walker on Thursday, Fowler lost his remaining three matches, including a stunning 6&5 loss to Adam Scott on Sunday. In 12 Presidents Cup and Ryder Cup matches to date, Fowler has just one win.  He’ll take the next few weeks off before returning at the WGC-HSBC Champions and the Hero World Challenge.

Finishing T-2 at the Tour Championship was pretty much par for a season in which Rose often found himself just two or three shots back of the winner. Around the world Rose earned $5.6 million in 24 starts, so even though he may have hoped for a better year, his banker is very pleased with his play. After taking the last two weeks off, Rose will start his 2015-16 campaign at the Fry’s.Com Open, on a course that sets up well for his solid tee to green game.

The Danish vet is having a career year, having won the Irish Open and posting three runner-ups including at last week British Masters.  He heads to the Portugal Masters this week coming off top-12 finishes in six of his last eight starts. But putting is at a premium in Portugal, and Kjeldsen often struggles in that category, which is likely why he’s never finished higher than T-16 in his eight starts there.

The Presidents Cup turned out to be a microcosm of Watson’s season — a handful of great moments alongside some significant low points. He was solid while teamed with J.B. Holmes, winning their first two matches before halving their third then losing to the International powerhouse pairing of Louis Oosthuizen and Branden Grace. The low point came in Sundaysingles when Watson let his 3-up lead through ten holes slip away on the back side and had to settle for a half when Thongchai Jaidee eagled the 18th. Watson will take some time off before defending his title at the WGC-HSBC Champions, and likely start thinking about how to be more consistent from week to week.

Could this be the Jordan Spieth of the European Tour? On Sunday, the 21-year old won for the first time at the British Masters and since the Lyoness Open in June, he has been runner-up once and third three times.  He’s currently ranked 12th in the Race to Dubai and will be the youngest player in that season long competition’s playoffs. He’ll take the week off and return to action next week at the UBS Hong Kong Open.

Johnson had a great Presidents Cup, winning two of three matches while paired with Jordan Spieth and earning a third point with a 2 & 1 win over Danny Lee. He will take a short break ahead of next week’s UBS Hong Kong Open followed by the WGC-HSBC Champions.

The Paraguayan has been on a roll lately, finishing runner-up in the British Masters, 4th at the KLM Open and T-3 at the Italian Open. Zanotti is playing in Portugal this week, a tournament he hasn’t quite figured out with a best finish is T-44 in six starts, and considering his putting woes, he will likely continue to struggle there this week.

*Off the GOLFstats player rankings, we determine the hottest players based on the last nine weeks on the PGA and European Tours. Keys to the system: