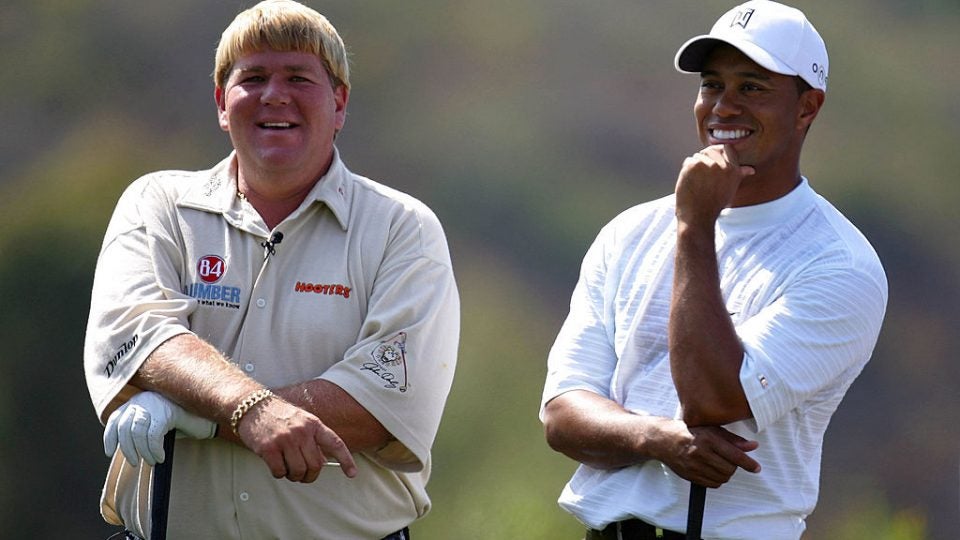 RANCHO SANTE FE, CA - JULY 25: John Daly and teammate Tiger Woods joke on the 1st tee during the Battle at the Bridges on July 25, 2005 at The Bridges at Rancho Sante Fe in Rancho Sante Fe, California. (Photo by Donald Miralle/Getty Images)

Fresh off his first win in 13 years at the Insperity Invitational, John Daly answered questions about how his talents compare to Tiger Woods’s on the Dan Patrick Show Monday.

“We’re really close on that,” Daly said, after considering the question for a moment. “But I think his feel around the greens when he was winning all those tournaments was a lot better than anybody’s. You could almost say it was better than Nicklaus … Tiger was always one to two, three, four steps ahead of me in this game. His focus and mentality is probably one of the strongest I’ve ever seen in a golfer.”

Daly compared his own approach to the game to Fuzzy Zoeller’s, Arnold Palmer’s and Lee Trevino’s, saying that he’s “loose and fancy free,” and “not a range rat.” Check out the full clip below.