WATCH: Two golf clubs are all it takes for Jeremy Roenick to dispose of rattlesnake 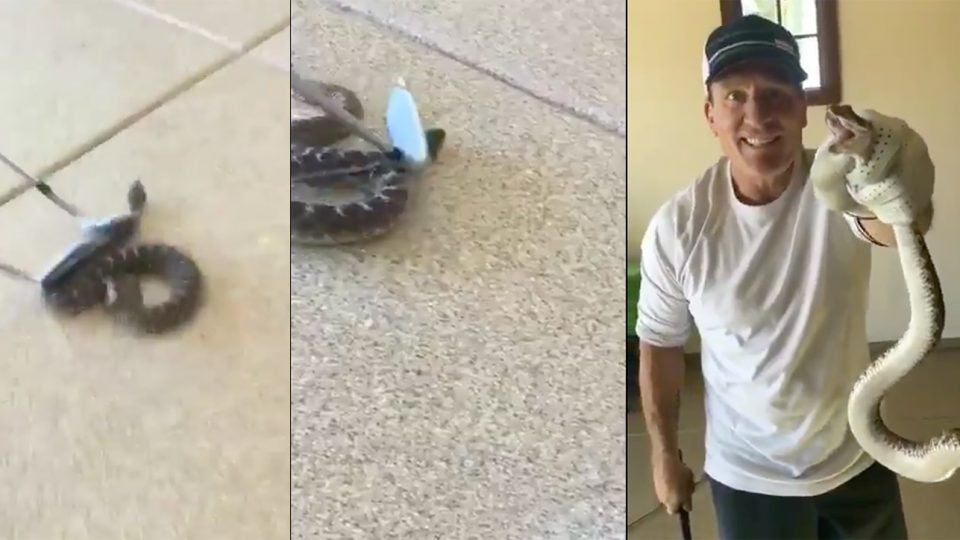 Jeremy Roenick might just be a psycho, but he’s pretty gifted with a golf club in his hands, apparently. The longtime professional hockey player has displayed an affinity for golf in his post-hockey life, but using clubs to corral a rattlesnake? That’s next level.

On Sunday, Roenick posted a video on Twitter of himself pinning a rattlesnake to the ground in his garage using two clubs and his bare hands. To no surprise, his small audience echoed the statement: “You’re a psycho.” The best part about the video below might be that Roenick is doing it all while wearing a golf glove on his snake-bearing hand. He gleefully held his trophy in that hand before flinging the snake over a rock wall and out of his yard. Psychotic? See for yourself in the video below.

Relaxing Sunday morning! What happens when you live in Arizona. pic.twitter.com/RhRwWTLs8s