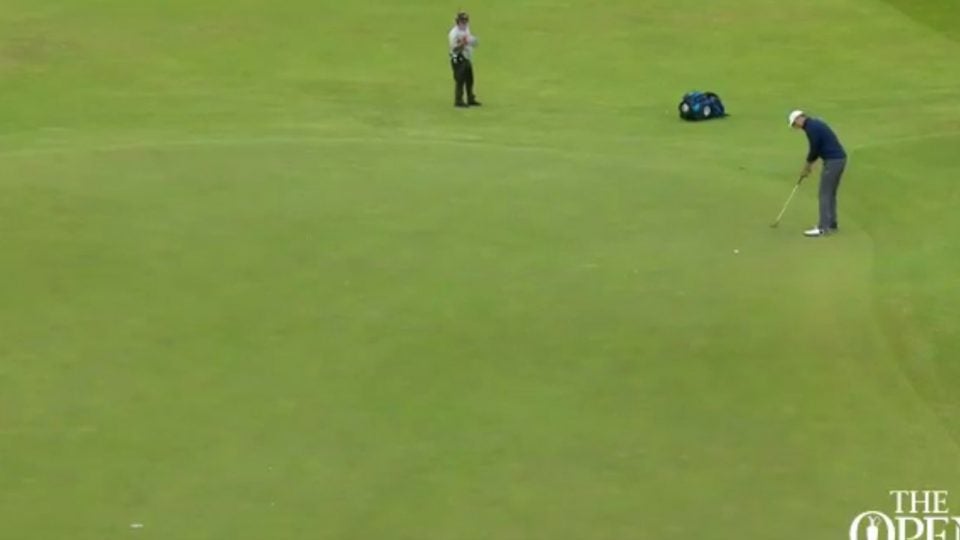 Jordan Spieth hits a putt for eagle on the 15th hole.

Jordan Spieth is having a wild day in the final round of the Open Championship at Royal Birkdale. After a shaky start that saw him make five bogeys over the first 13 holes and relinquish his lead, Spieth roared back to life on 14 and 15.

After miraculously saving bogey after a terrible drive (and 30-minute adventure) on 13, Spieth nearly jarred his tee shot at the par-3 14th, settling for birdie to once again grab a share of the lead.

Spieth then reached the par-5 15th in two, setting himself up with an eagle putt of more than 30 feet. He canned that long putt for a momentous tournament-changing eagle.

Unbelievable! @jordanspieth holes an eagle at the 15th. #TheOpen pic.twitter.com/DuRgow3ldg

Kuchar made a birdie of his own, but the eagle propelled Spieth back into the lead. He birdied the 16th to extend his edge to two shots.