Watch: Rory McIlroy Holes Out for Eagle in South Africa 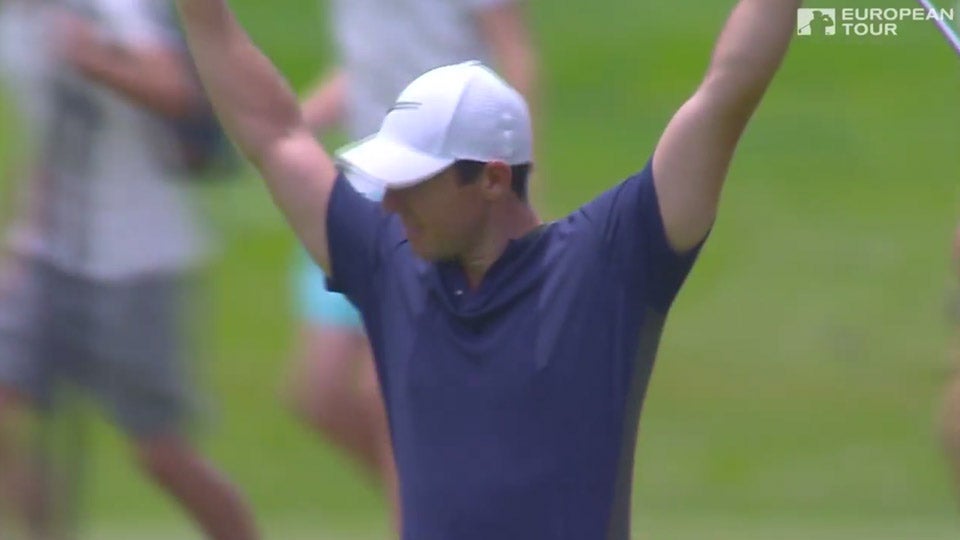 Rory McIlroy celebrates his hole out for eagle at the SA Open.

Rory McIlroy continued his hot start to the year with a five-under 67 in the third round of the European Tour’s SA Open. The round moved McIlroy into sole possession of second place at 14 under, three shots behind leader Graeme Storm.

But the highlight of Rory’s round was easy to pick out. On the par-4 7th hole, McIlroy left himself in the middle of the fairway with about 160 yards left to the pin. The four-time major champion swiped a 9-iron, landing his ball a few feet past the hole before spinning it back into the cup.

McIrloy’s response in his post-round interview? “That was nice. That was very nice.” Watch the shot below with commentary from the man himself.

“That was very nice!”@McIlroyRory talks us through his hole out eagle. pic.twitter.com/LKQNSVaGpJ