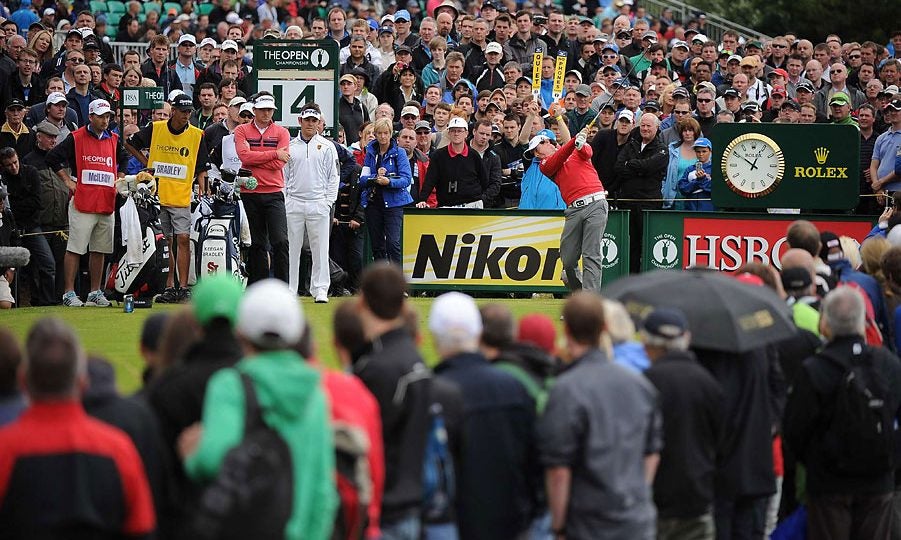 McIlroy at the 14th tee on Friday. He made the cut but never contended.
Thomas Lovelock / SI

Rory McIlroy started to hit some absurdly long drives at the Arnold Palmer Invitational last week, but apparently he was just warming up.

In his first pool play match of the WGC-Dell Match Play on Wednesday at the Austin Country Club, McIlroy stepped to the 582-yard par-5 12th tee 1 down versus Soren Kjeldsen. He then ripped an absolutely ridiculous drive—totaling 410 yards. Sure, downhill and downwind helped, but it was hit so far that it crossed a walking path cutting through the fairway and just missed an unaware spectator.

McIlroy birdied the hole to square the match but ended up losing 2 and 1. Check out the drive below.

After the match, Kjeldsen spoke to reporters about Rory’s long drives, and his attempts to ignore them: “I think I did a good job of not worrying about what Rory was doing,” he said. “A few times he hit it about 100 yards past me.”