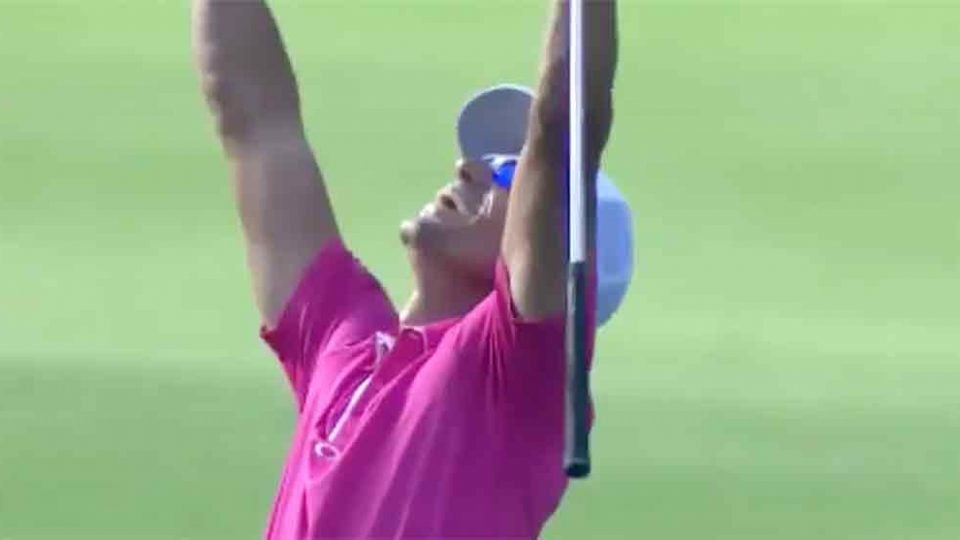 Rafa Cabrera Bello pulled off the shot of the day on Sunday at TPC Sawgrass.

Playing his second shot on the par-5 16th, Cabrera Bello had 181 yards to the hole after a massive 337-yard drive. And he made the most of it.

The Spaniard’s ball landed short of the green and hit a down slope, then tracked toward the cup before dropping for an albatross. It moved him to five under for the tournament.

Check out the shot below. It’s the first albatross on the 16th and just the third in Players history.