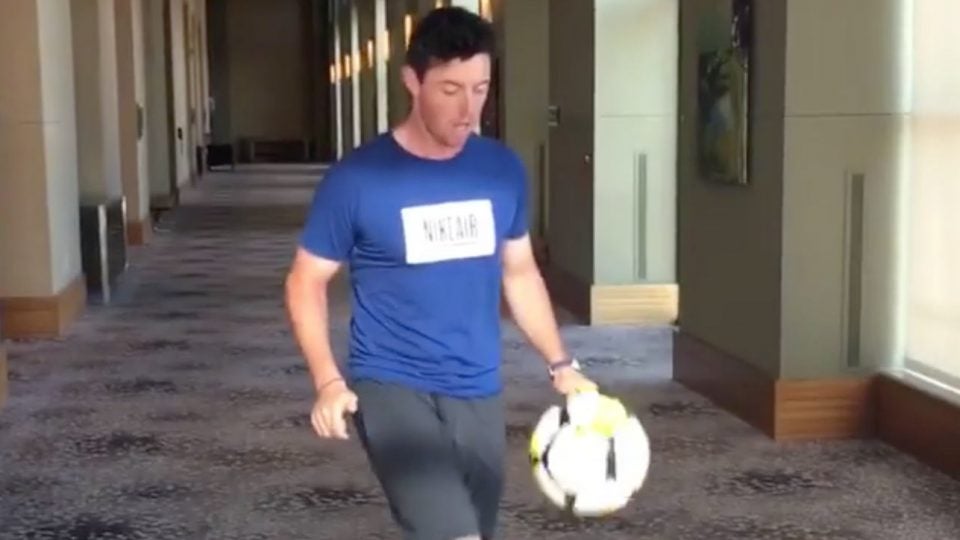 The latest viral Instagram craze comes courtesy of soccer star Cristiano Ronaldo, who is challenging friends to do their best soccer trick in a partnership with his fragrance line. (Insert punchline here.)  Among the famous athletes he’s called out: Rory McIlroy. On Monday, the five-time major-winner took to Instagram to respond in kind.

In McIlroy’s post, he challenges Justin Thomas, Tiger Woods and Brooks Koepka, among others. We’re still waiting on those responses.

You’re forgiven if you found yourself wincing when Rory started knocking around that ball. After all, it’s only been two years since Rory ruptured a ligament in his left ankle while having what he called a “kickabout” on the soccer field, which forced him to miss the British Open at St. Andrews.

On the bright side, Rory’s latest soccer stunt ended better than that one.

Total rupture of left ATFL (ankle ligament) and associated joint capsule damage in a soccer kickabout with friends on Saturday. Continuing to assess extent of injury and treatment plan day by day. Rehab already started….. Working hard to get back as soon as I can.