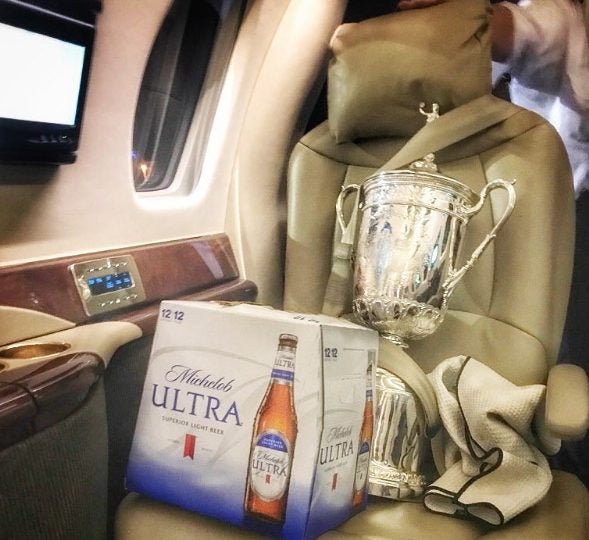 Brooks Koepka celebrated his U.S. Open win with Dustin Johnson and DJ’s fiancee, Paulina Gretzky, and it looked like a lively bash.

An Instagram video from kmelnichenko shows a reveler pouring fireball into the U.S. Open trophy, dancers holding up signs that spell out “DUSTIN” and a guy wearing a panda costume. Johnson turns 33 Thursday, so perhaps this was an early birthday bash for the 2016 U.S. Open champion.

The trophy has been on quite a tear. After his win at Erin Hills, Koepka posted a photo of his prize buckled in on his plane next to a case of Michelob Ultra.

Dustin Johnson and Brooks Koepka partying it up with the #USOpen trophy like: (:: kmelnichenko/Instagram) pic.twitter.com/ursi1tFHPQ