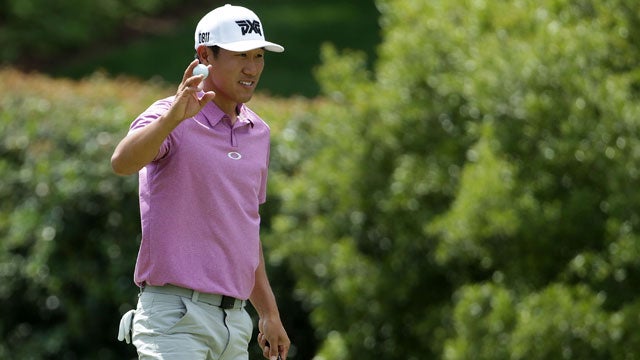 A tree was the last place James Hahn wanted to look for a birdie on Friday at the British Open.

Hahn was trying to clear a small tree just off the green on the par-4 4th, but his flop shot didn’t catch quite enough air, and it wedged itself in its branches.

Instead of chipping onto the green for a routine par, Hahn took a drop and settled for double bogey.

Hahn was the first alternate for the 2017 Open Championship field, getting a chance to play at the last minute after Brandt Snedeker’s withdrawal. He shot a first-round 68, so he’s still made good use of his ticket into the field.