WATCH: Draymond Green and Kevin Durant hang out at Topgolf 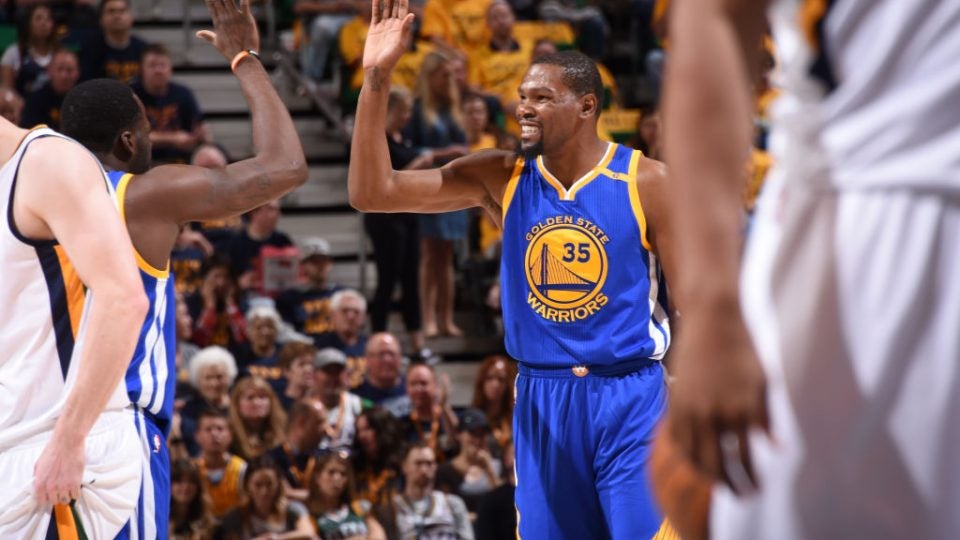 SALT LAKE CITY, UT - MAY 8: Kevin Durant #35 and Draymond Green #23 of the Golden State Warriors high five during the game against the Utah Jazz during Game Four of the Western Conference Semifinals of the 2017 NBA Playoffs on May 8, 2017 at vivint.SmartHome Arena in Salt Lake City, Utah. NOTE TO USER: User expressly acknowledges and agrees that, by downloading and/or using this Photograph, user is consenting to the terms and conditions of the Getty Images License Agreement. Mandatory Copyright Notice: Copyright 2017 NBAE (Photo by Andrew D. Bernstein/NBAE via Getty Images)

In Salt Lake City to face off against the Utah Jazz in Game 3 and 4 of the NBA playoffs semifinals, some of the Golden State Warriors took a break between games to blow off steam. According to California newspaper The Mercury News, who also posted video of their swings, Kevin Durant and Draymond Green spent time hanging out at the local location of Topgolf on Sunday. Green had never been to Topgolf before, but said he’d had fun.

Two of their famously golf-loving teammates were not invited to the outing.

Draymond Green said he enjoyed his night off in Salt Lake. Went with Kevin Durant to Top Golf for the first time. A look at his swing pic.twitter.com/68Ycs7GyHx