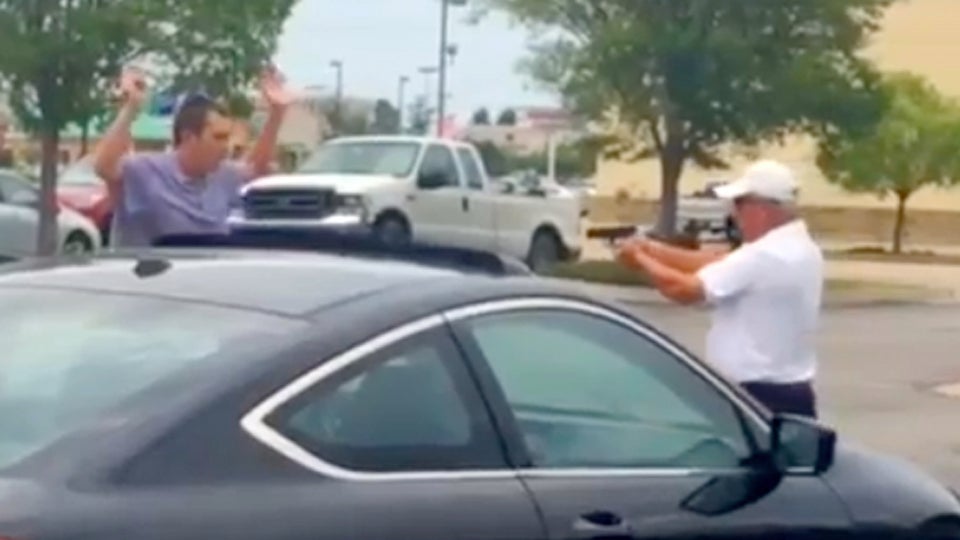 Retired fire marshal Donald Acree pulled a gun on and threatened to kill a man who allegedly stole his golf clubs, and it was all caught on video.

Acree, 59, had his golf clubs stolen from LaFortune Park Golf Club in Tulsa, Oklahoma, and when he ran into a man with the exact clubs and bag in a Golf Galaxy parking lot, Acree threatened him at gunpoint.

That’s where the YouTube video, which was posted in July, starts. A bystander follows the dramatic action for nearly three minutes through the store parking lot, and Acree has a gun pointing at 24-year-old Devon Scott Montgomery the entire time.

According to the Tulsa World, Montgomery was booked for suspicion of grand larceny and released hours later on $1,000 bond. He has filed a complaint against Acree.

You can watch the video, which has NSFW language, below.