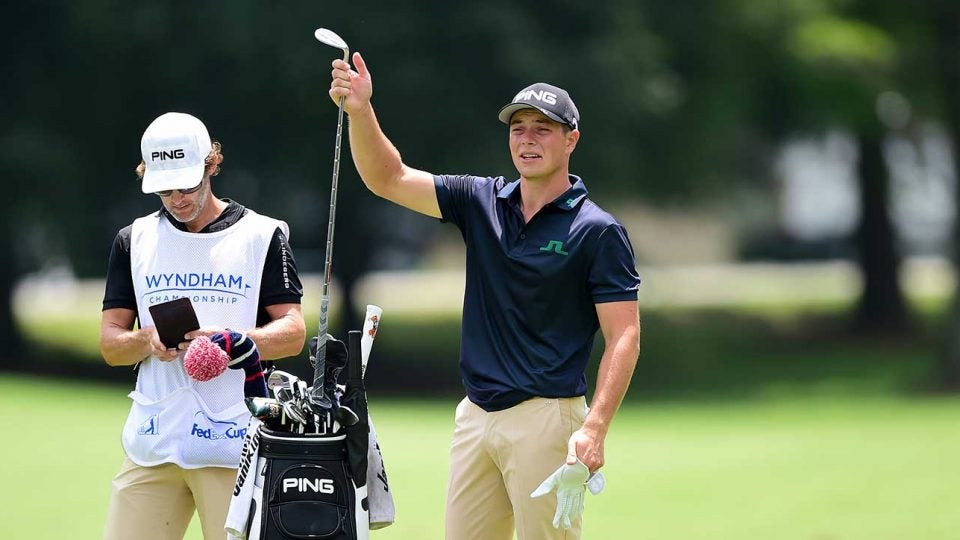 Less than 24 hours before the first round of the U.S. Open, Viktor Hovland chose to shake things, replacing his TaylorMade driver and irons with Ping’s G410 LST and a blended set of iBlade (4-6) and i210 (7-PW). The last-minute changes resulted in the lowest 72-hole score by an amateur in U.S. Open history.

“I don’t really do the most methodical testing,” Hovland told me recently.

No kidding. But there’s a method to Hovland’s quick-trigger changes, particularly when it comes to the iron setup he was using at the time.

Instead of opting for i210 at the top of the set and iBlade in the scoring clubs, Hovland flipped the script and found a better setup with the exact opposite iron composition. Hovland chose to continue with the blended set until last week at the Wyndham Championship, where he dropped the iBlade long irons for three i210’s (4-6) to complete the set. Hovland joins Lee Westwood and Tyrrell Hatton as the latest Ping staffer to employ a full set of i210’s.

When Hovland chose to add i210 mid and short irons at Pebble Beach, he did so because “they launched a little lower. I wanted to have a little lower ball flight with the shorter clubs to give me a bit more control.” Hovland didn’t mention the switch during the tournament, but the change at the top likely has more to do with turf interaction than a change in launch conditions or bump in forgiveness.

With a slightly wider sole than iBlade, it’s easier to keep the head from digging through the turf. Considering how Hovland returns the club at impact, and the speed he generates, keeping the sole from unnecessarily digging into the ground with the long irons isn’t such a bad idea.

In typical Hovland fashion, the iron change paid immediate dividends as the Norwegian finished fourth while ranking sixth in strokes gained: approach the green (plus-5.008). Next up for Hovland and his new irons is Korn Ferry Tour Finals.

What was likely only supposed to be a one-week setup at the Open Championship carried over for Ben An when he returned to the States. In anticipation of blustery conditions at Portrush, An removed his fairway woods and chose to go with just one metalwood (TS3 driver) before stepping down to a U500 utility 2-iron. Outside of Peter Uihlein, very few regularly employ this unique setup.

With the course playing at just over 7,100 yards, An found a need for the 2-iron on Sedgefield’s tree-lined layout. And with the FedEx Cup playoffs heading to Liberty National, there’s a chance the setup could survive for at least one more week.

The rise in popularity of Breakthrough Golf Technology’s multi-material Stability putter shaft led to the introduction of a Tour version designed specifically with feedback from the Tour. 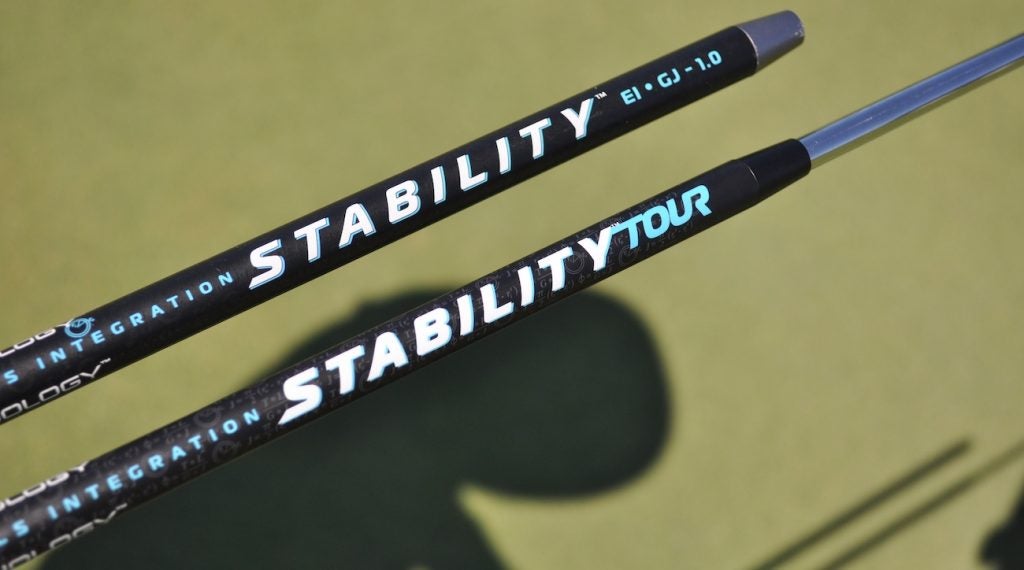 The tour model is 33 percent thinner than the original but happens to be 20 percent stiffer with a softer overall feel. Overall weight was also reduced by five grams from 120 grams to 115 grams.

Danny Lee became the first PGA Tour player to break in Mizuno’s new MP-20 irons. The setup consisted of all three models available in September, including the hollow HMB (2-iron) and MMC (4-iron). Lee has played Mizuno irons at different points this season and kicked off 2019 with a set of MP-32’s in the bag.

Looking like a combo set of #MP20 irons will make their @PGATOUR debut this week at the @WyndhamChamp #NothingFeelsLikeAMizuno #reachbeyond pic.twitter.com/7iLVDKvUfP

For the second time this season, Titleist swept all eight equipment categories on the PGA Tour and Korn Ferry Tour. Before the Travelers Championship and Wichita Open, the feat had never been accomplished. The company’s T100 irons, which were recently introduced at the U.S. Open, were the most played model with 15 sets in play. The TS3 driver led the way with 34 users.

Quick-hitters: Paul Casey used a Scotty Cameron T22 Teryllium Newport putter during the first round but quickly shelved it for a Newport Prototype. … Viktor Hovland returned to TaylorMade’s TP Collection Mullen 2 putter. … Callaway CEO Chip Brewer stood up for fellow staffer Xander Schauffele in the wake of a non-conforming driver test at the Open Championship.