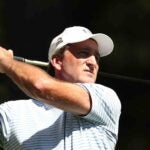 Vinny Del Negro is a man of many athletic talents. First and foremost, he is a basketball player. An 11-year veteran of the NBA, Del Negro spent the most prominent years of his life dropping dimes and raining threes as a member of five NBA teams.

In his later years, Del Negro took on a secondary basketball role: coach, in which he served as a member of the Chicago Bulls and Los Angeles Clippers from 2008 to 2013. And a third role, still: broadcaster, where he served first as a radio analyst for the Phoenix Suns, and later as a television analyst for NBA TV, where he still contributes today.

But truthfully, Del Negro is a golfer at heart. He’s played for the overwhelming majority of his adult life, and he’s become a pretty good player. The good thing about being a man of many athletic talents is that he’s managed to navigate those spheres of influence into a series of strong golf invites, as he explained to hosts Colt Knost and Drew Stoltz on this week’s episode of GOLF’s Subpar.

When it comes to a “dream” foursome or tee time, Del Negro admits he’s lucky, because he’s played with many of his heroes already, and at some of the greatest venues in the sport.

“Wow that’s a tough one,” he said. “It would probably be, my favorite course that I’ve played is Pine Valley. For whatever reason, I just like the whole environment there. I loved that the first time I played there 15 years ago or whenever it was, when I went to lunch, I could tell you every hole and how they were different. I think there’s very few courses where you could sit down after a round [and say that].”

As for his potential playing partners, the list doesn’t get any less star-studded.

Hey, a man can dream, right?

“Tiger, Phil, Jack and myself at Pine Valley, that’d be a heck of a day.”

To hear the rest of Del Negro’s Subpar interview, check out the video below.