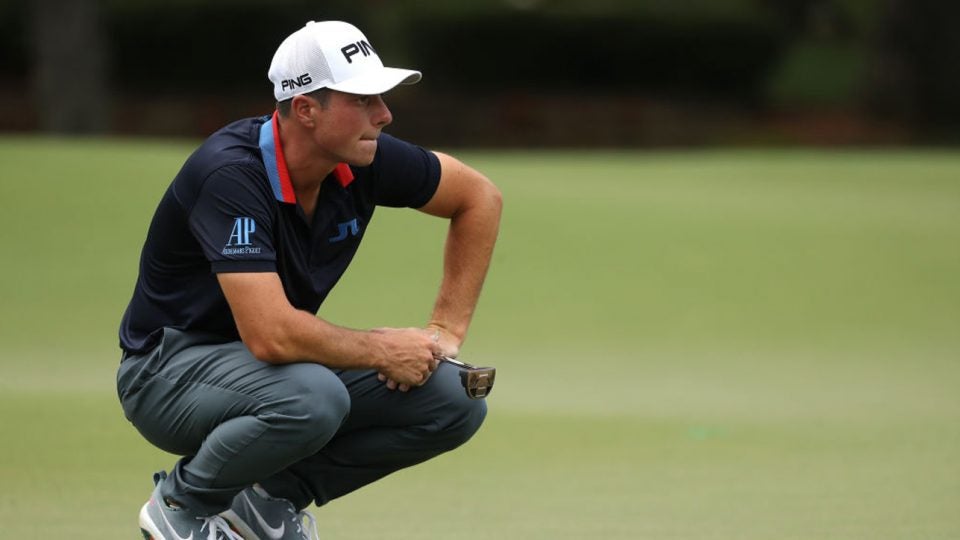 There won’t be any FedEx Cup Playoffs and, at the moment, guaranteed PGA Tour status next year for rookie Viktor Hovland.

The 21-year-old Hovland fell 67 FedEx Cup points short of qualifying for the playoffs and earning his Tour card for next season after his fourth place finish at the Wyndham Championship on Sunday. He finished at 19-under and three shots behind winner J.T. Poston.

A victory would have earned Hovland both a full exemption on Tour next year and a spot in the FedEx Cup Playoffs this month. Even a second place finish would have been good enough to earn his Tour card. Instead, Hovland is now off to the Korn Ferry Tour Finals.

Players who finish between 126th and 200th in the FedEx Cup standings are automatically qualified for the Korn Ferry Tour Finals. It’s a three-tournament event that combines those 75 players with the top 75 earners on the Korn Ferry Tour money list during the regular season.

There are 25 Tour cards are up for grabs, and if you finish in the top 25 in earnings during the Finals, then you get your PGA Tour card back and are fully exempt. If not, Hovland will have to settle for conditional status on the PGA Tour next year and instead focus more on the Korn Ferry Tour.

Hovland’s fellow rookie phenoms, Matthew Wolff and Collin Morikawa, both earned their Tour cards for 2020 after securing wins since turning pro this year. Both will be teeing it up in the FedEx Cup Playoffs too.

Hovland was the low amateur at the Masters and U.S. Open, but he earned no points from both majors because he was not a pro yet. He turned pro at the Travelers Championship, and Hovland racked up four top-20 finishes in five starts this season. His best and only top-10 finish came on Sunday at Sedgefield Country Club.

Despite missing out on his Tour card, Hovland feels optimistic about his chances in the Korn Ferry Tour Finals.

“I feel like I’ve just playing better and better every single week, and obviously this is my best finish throughout the five tournaments that I played,” Hovland said after his round on Sunday. “I’ve just got to keep it going in the Korn Ferry Finals and hopefully I’ll make it through.”