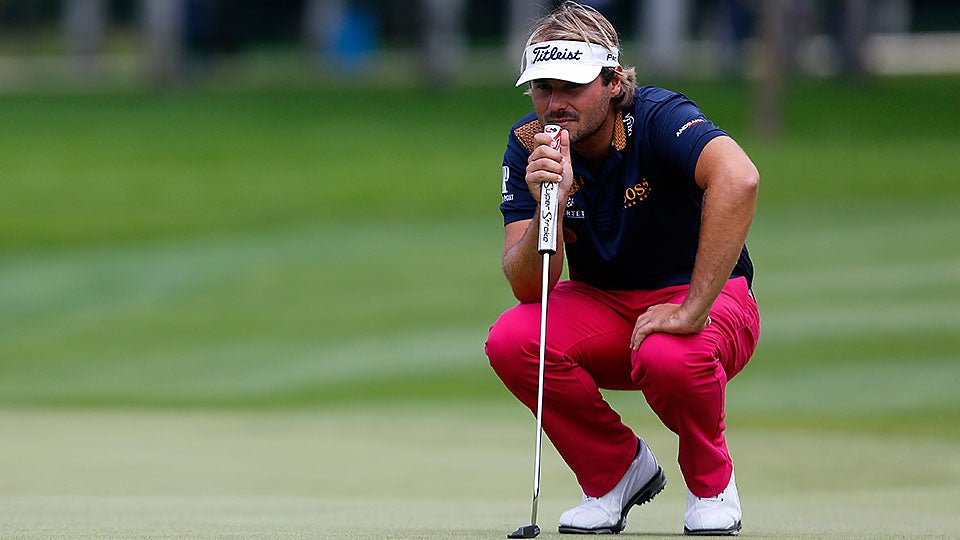 Professional golfers throw clubs all the time. They cuss when the ball doesn’t fly as it should. They’ll even kick their clubs around while peaking in frustration.

Stomping on clubs, though, is a novel action, one that debuted Sunday with French golfer Victor Dubuisson.

Playing with Michael Hoey in the final round of the BMW International Open, Dubuisson bogeyed the par-5 18th for a 1-over 73 (he finished the event tied for 20th at 9-under). As Hoey tapped in for par and a T7 finish, cameras caught Dubuisson in the background stomping on his bag and clubs.

He would soon walk off the 18th green to claim winnings worth approximately $24,568.