Nobody asked me but:

— Did you happen to see the most noteworthy thing about the USGA’s new Fourball Championship, which was televised by Fox Sports? I mean, besides Nathan Smith of Pittsburgh teaming up to win his fifth USGA title? The USGA allowed the players to use laser rangefinders, the Fox cameras occasionally showed them using rangefinders to get yardages and guess what? The world, somehow, did not explode. PGA Tour, take note…

— One more thing about Fox Sports. As a dress rehearsal for its first U.S. Open this summer, the Fourball Championship was pretty ragged. I’ll give Fox a pass because it was match play, which is a challenge for TV, and it was two-man amateur teams. All the tour player talent talking on the air knew next to nothing about these players. Luckily, long-time amateur golfer and former Walker Cup coach Buddy Marucci was on the broadcast team to supply some knowledge. One friend texted me that “I’d rather put nails in my eyes than listen to Greg Norman in the booth” while another texted, “Obviously, Holly Sonders wasn’t hired for her interviewing skills. Awkward multiple times!” Another tabbed Joe Buck as the next Brent Musburger on golf, which was not a compliment. It’s too early to make a call on the Fox-USGA deal but so far, it’s not trending in the right direction. Fox needs time…

— Leading the Rollins College graduating class with a 3.96 GPA and earning a spot as a commencement speaker was Elin Nordegren, the former Mrs. Tiger, who impressively grinded out her degree over nine years. No word on the prom, though…

— Three holes for a playoff at the Players, using 16, 17 and 18, was a great innovation. Exactly what I’ve been suggesting for the last dozen years or so. Three thumbs up…

— The clutch shot of the week maybe wasn’t anything from the Players. Spain’s Javi Colomo needed to birdie the 36th hole to make the cut at the Mauritius Open. Instead, he knocked his tee shot into the cup for an ace on the 329-yard hole, the first hole-in-one on a par 4 in European Tour history…

— The stat of the week was the Bizarro Planet tidbit that Tiger Woods doubled two par-5s in the same round. It happened Saturday at the Players and was the first time he’d ever done that as a pro. Hey, a pair of 7s is never good, even in blackjack…

— Win the Players, you’re exempt for the next three Masters, U.S. and British Opens. The Players win only gets you in this year’s PGA Championship, however. Does the PGA of America know something we don’t? (That’s a trick question. Of course they don’t.)…

— Sure, one tournament doesn’t decide the fate of the next decade. But it was worth noting Golf Channel’s premature hype-building when its on-air talent said that Jordan Spieth versus Rory McIlroy was potentially golf’s greatest rivalry ever. Ever? That’s a sweeping statement and while McIlroy very nearly got into contention on Sunday, Spieth missed the cut. So far, the McIlroy-Spieth “rivalry” has all the drama and excitement of Mayweather-Pacquiao… 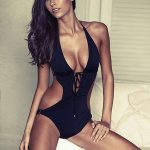 Release the hounds and bring in the Van Cynical Mailbag questions for this week:

You know full well, Housekeeper, that there’s more to golf than winning. FedEx Cup points, mainly, plus money for nothing and your chicks for free.

Sickle sell, I still think Ian Poulter is overrated. Am I wrong? — Andrew Polson via Twitter

Take away the Match Play titles—both his U.S. tour wins are match play—and he’s got a career every bit as dazzling as Andy Bean. I’m not really sure if Poults is overrated because I don’t know anyone who rates him highly except during Ryder Cup week.

Sick on a stick, Does Kevin Kisner have staying power or is he just another guy on a hot streak? — Kevin Montminy via Twitter

Kisner has had just three top-10 finishes in 17 events this season and has missed six cuts. That doesn’t sound like long-term staying power although I’ve gotta admit, he looked awfully good, dadgum it, in the Players’ final round. I think he’ll get a win before the year is over.

Hey, Sicks Degrees of Bacon, Rickie Fowler’s win makes it yet another chalk player to snag a major or a Players. What happened to Shaun Micheel, Ben Curtis and Todd Hamilton? — Sam Belden via Twitter

Well, Beldar, I guess you Coneheads from France took a 10-year nap and just woke up. You just named three one-hit wonders from a decade ago who are barely in golf anymore. Fowler was a name player but hardly one of the favorites at the Players, even going into Sunday’s final round, based upon his lackluster play this year. Let’s put it this way, Fowler doesn’t look like a one-hit wonder. I’m penciling him in now for at least two more major titles in his career.

Van the Man Cynical, Does Rory have a getting-started problem on the front nine that he needs to overcome or is it just the courses? — Lionel Mandrake via Twitter

I don’t think Rors is a Bermuda greens guy yet, L-Gauge, even though he is now a Florida resident, and he also didn’t read the Stadium Course greens as well as others. Get him out of Gator-Chop State and I don’t think he’ll have a problem. 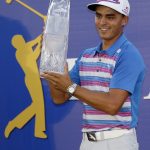 Vans, Women get crap for using caddies to line them up for shots but Rickie Fowler proved that it’s legal and effective. Could it help Tiger or Jordan, too? — Lytham via Twitter

It was great observation by Golf Channel’s David Duval who noticed that Tiger frequently lined up to the left of his target on tee shots. Was Tiger mis-aligned or was he simply set up left to play a banana-cut in a desperate attempt to find a fairway and then guilty of double-crossing draw shots instead? Tiger has won 14 majors, I’m going to go out on a limb and say he knows how to aim. Jordan’s aim with the putter and sand wedge is pretty good, his full swing with the driver just needs work. I love Spieth’s short game and putting but I fear that his record-tying Masters score may have caused some to overlook a few of his swing issues. He’s terrific but is he a future dominant player, an all-time great? I hope so but I’m not ready to go that far yet. I’d like to see more.

Vandemonium, I am too tired to produce a Cynical Mailbag question this week. Can you put me in the article anyway? — Brian Bailey via Twitter

Absolutely not, Bailjumper. That would be a terrible precedent and probably encourage others to deflate their balls.

Hey, Ash-heap, would any of us still have an account? I mean, besides Taylor Swift?