U.S. Open cut line 2019: Here’s how the cut is decided at Pebble Beach 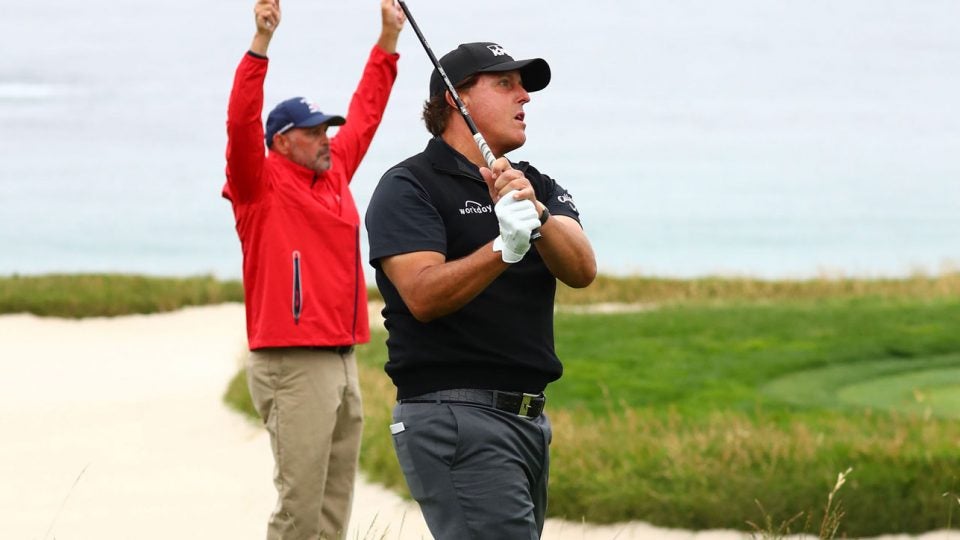 See below to find out how the U.S. Open cut line will be decided at Pebble Beach.
Rob Schumacher-USA TODAY Sports

Almost two full rounds are complete at the 2019 U.S. Open at Pebble Beach. Soon, more than half of the field will head home after missing the cut. Here’s what you need to know about how the U.S. Open cut line is decided.

After the 36 holes have been played at the U.S. Open, the top 60 players and ties will make the cut and play the weekend. Unlike the previous two majors so far in 2019, there is no 10-shot rule at the U.S. Open. So, hypothetically you could be only a few strokes behind the leader but still miss the cut if the leaderboard were exceptionally crowded.

Tournaments
U.S. Open 2019: Jordan Spieth explains why he looked like ‘the bad guy’ for ripping caddie

The U.S. Open cut rule is the toughest among all the majors. At last month’s PGA Championship the top 70 and ties made the cut, which is also the case at the Open Championship. At the Masters each April, only the top 50 and ties make the cut, but that’s out of a much-smaller field.

Halfway through the second round at Pebble Beach, the U.S. Open cut line began to take shape. With half the field on the course, a large group of players were T59 at one over. So at that early point, the cut line sat at one over.

With more golf left to be played, the U.S. Open cut line will likely move quite a bit over the course of Friday’s second round, though it’s anyone’s guess whether it will move up or down. Phil Mickelson, who begins his second round at 4:58 p.m. ET, sits on the early cut line at one over.