US Open 2016: Mike Van Sickle Could Be the Last Man In 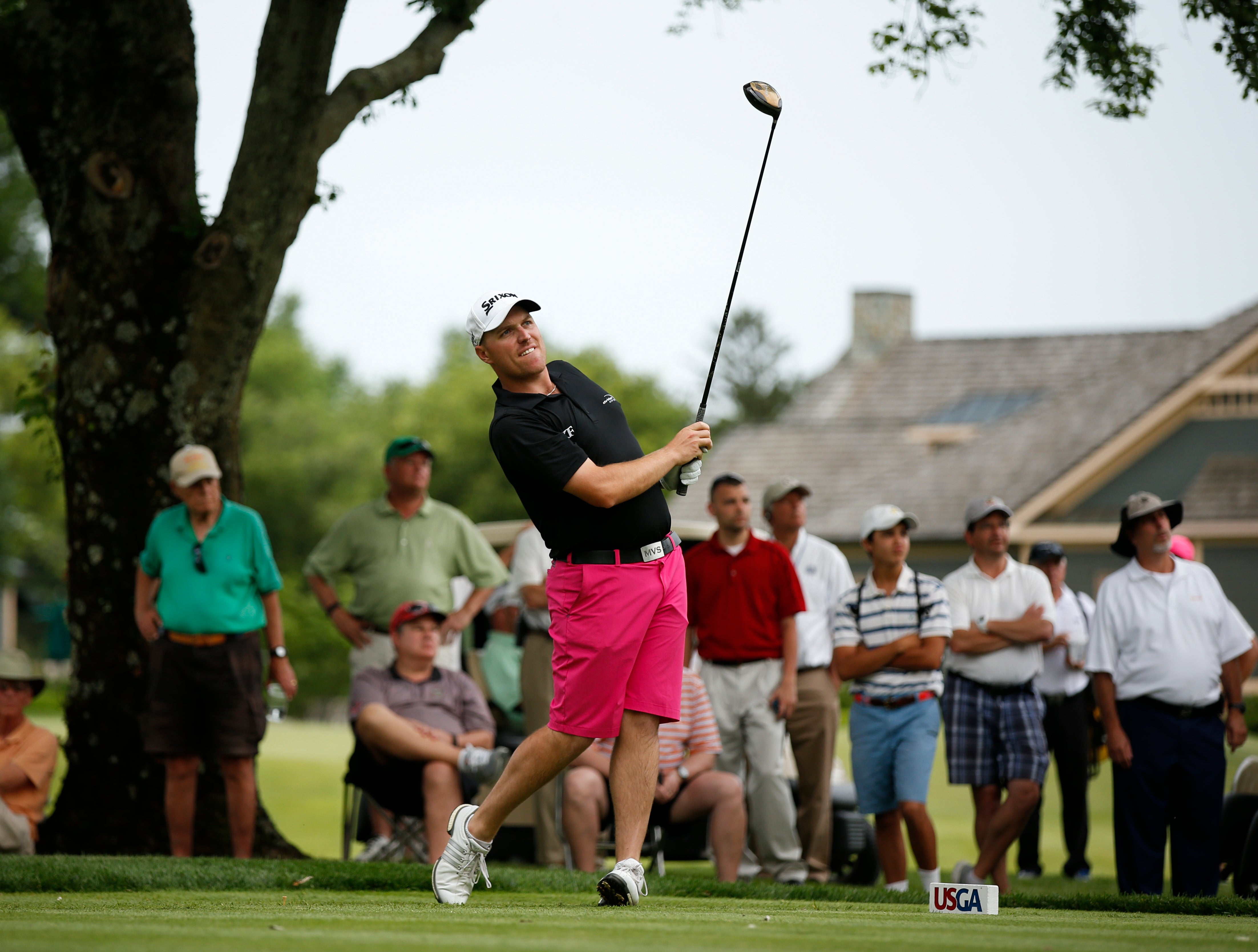 PITTSBURGH, Pa. — This is going to be a long weekend, in a good way.

I am on the fence as the fifth alternate for next week’s U.S. Open. I’m not going to claim that getting into the Open means more to me than anybody else, but since this edition will be at Oakmont, in my hometown of Pittsburgh, let’s just say it would have special meaning for me.

It’s been a long and winding road to get here; last year I laid out the gritty details of my travels in a story for Sports Illustrated. I graduated from Marquette University and turned professional seven years ago. A shoulder injury hampered me for a couple years and attempts to regain my form cost me at least one more year. These last two years I’ve seen better progress, reaching the Web.com Q-School Finals, but I came up short of full status both times. I played the MacKenzie Tour (PGA Tour Canada) in 2015, and a third-place finish in Nova Scotia scored me some Official World Golf Ranking points. I am currently ranked 1,297th. I didn’t even know the ranking went that deep, but I’m glad it does.

My game has finally rounded into form. I shot 71-67 in sectional qualifying in Rockville, Md., with my long-time friend and favorite caddie Brian Routhieaux on the bag, to give myself this chance to possibly play at Oakmont.

Sunday night is the earliest I’ll know whether my status as first alternate from my sectional at Woodmont Country Club will get me into the Open. So I’ll be paying close attention to where a handful of Tour players finish this weekend—players who could possibly bump me further from the field. The USGA saved six spots for players to play their way into the top 60 in the World Ranking last weekend and earn a spot. (William McGirt claimed one of those spots by winning the Memorial.) I guess the USGA wanted to copy the excitement generated by the Masters and its win-and-you’re-in drama. Maybe this isn’t a new thing, but I didn’t notice it before.

So if none of the seven players who could potentially crack the top 60 in the World Ranking do so, I would be The Last Man in the Open. Which is funny, because my dad, Gary, who covers golf for Sports Illustrated, wrote a story a few weeks ago about a local pro named Gordon Vietmeier, who beat the U.S. Open entry deadline by 37 seconds. Dad branded him The Last Man in the Open. Gordon was medalist at local qualifying in Altoona—great job, Gordon!—but he didn’t make it through the sectional. I hope I can steal his nickname.

Here’s who can still crack the top 60 and nudge me further from Oakmont:

— Ryan Palmer, if he finishes solo 10th or better at the FedEx St. Jude Classic in Memphis.

— Gary Woodland, if he finishes in a two-way tie for sixth or better in Memphis.

— Fabian Gomez, if he finishes in a three-way tie for third or better in Memphis.

— Francesco Molinari, Charles Howell III and Matt Jones, if one of them wins in Memphis.

— Joost Luiten, if he finishes solo third or better at the Lyoness Open in Austria.

If none of them places high enough, I’m in. But if they qualify, I have to hope that enough other players withdraw, like Tiger Woods did on Tuesday.

Of course, they have to be players who already had earned spots in the field. If any sectional qualifier drops out, it is my understanding that he can only be replaced by the next qualifier in line from his site. That’s why the USGA conducts playoffs even for second-alternate status at the sectional sites.

It’s a complicated qualifying system because there are 10 sectional sites in the U.S., plus one in England and another in Japan.

The Japan site had only 40 players, but it was awarded four Open spots. The first alternate from that venue, Thitiphun Chuayprakong of Thailand, replaced Tiger. So five of 40 players from Japan punched a ticket to Oakmont.

In Rockville, we had 55 players competing for three spots. That’s a 1-in-18 ratio versus 1-in-8 in Japan. Even factoring in strength of field, that seems out of whack. So a guy who finished fifth in Japan is in the Open, while I tied for second (yeah, I lost a playoff) and didn’t get in? Anyway, all I had to do was play better. One shot better. I tried.

You might expect that I’ll be glued to the television all weekend, watching Golf Channel to see how Luiten is doing in Austria and then CBS to follow the action in Memphis. I won’t. That’s way too stressful.

So instead, I’ll be spending the weekend working hard on my game, trying to get acclimated to the speed of Oakmont’s treacherous greens. The grounds crew will surely be sick of seeing me by the start of the tournament. I will also be playing a lot—not at Oakmont but at my usual two home bases, Treesdale and Sewickley Heights. I’ll have a good work session with my coach, Joe Boros of Treesdale. Joe has played a huge part in helping me get this far.

This week is big for me because I missed the 2007 Open at Oakmont by one shot in sectional qualifying in Ohio. Two shots, really, because one shot would’ve only gotten me into a 10-for-1 playoff at Scioto. Anthony Kim won what was a 9-for-1 playoff by holing a bunker shot for birdie at the ninth hole. I would have loved to be part of that mess, bad odds and all.

It really killed me to miss that Open because I was playing well that summer. I had just finished my sophomore season at Marquette, and I was driving it great. Oakmont is a ballstriker’s course, and I’ve played at least a dozen rounds there, including the 2004 C.R. Miller Match Play Invitational, a junior tournament I won. If you can keep it in play off the tee, you have a chance to survive Oakmont. I love that challenge.

I’ve been waiting nine years for another chance at Oakmont in the Open. I guess I can wait one more weekend.

Mike Van Sickle, 29, has his Web.com Tour card and is exempt on PGA Tour Canada.