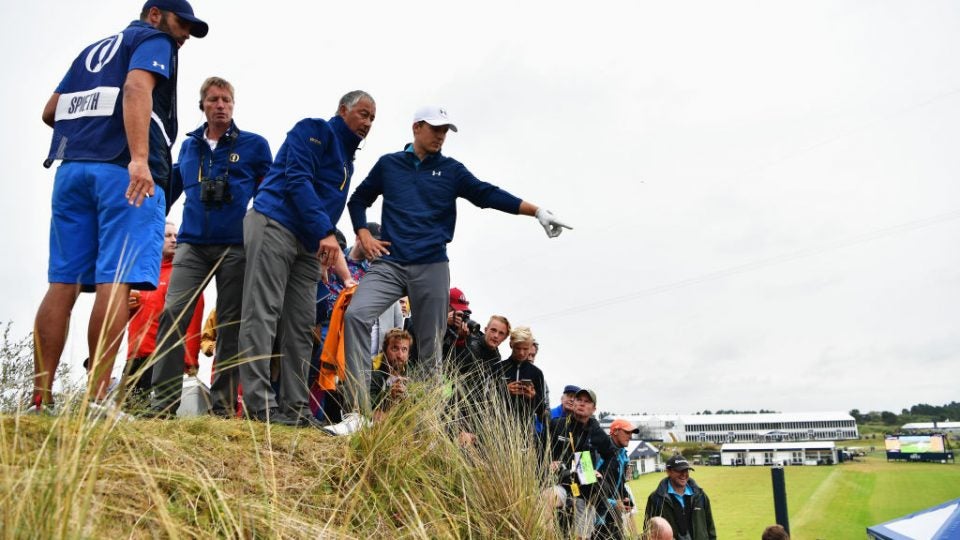 during the final round of the 146th Open Championship at Royal Birkdale on July 23, 2017 in Southport, England.

Golf Twitter went crazy as Jordan Spieth took a wild half hour to play the 13th hole at the 2017 British Open at Royal Birkdale. With rules officials and fans in tow, Spieth trekked across the course and took an unplayable lie from the driving range. He managed to salvage a bogey on the hole before following it up with a birdie on 14 and eagle on 15 to reclaim the lead from Matt Kuchar.

Jordan Spieth is a savage

Wow! What a wild back nine! Is @JordanSpieth something else?

“Are you not entertained???” @JordanSpieth

Meanwhile at the Open we have pictures of Jordan Spieth looking for his ball… pic.twitter.com/YHjVY3wh3J

This is utterly outrageous on so many levels. God damn if I don’t love #TheOpen.

‘It’s like we have entered an alternative reality!’ – @jordanspieth nearly holes from the tee at the 14th. #TheOpen pic.twitter.com/7Hm0VX9ZoA