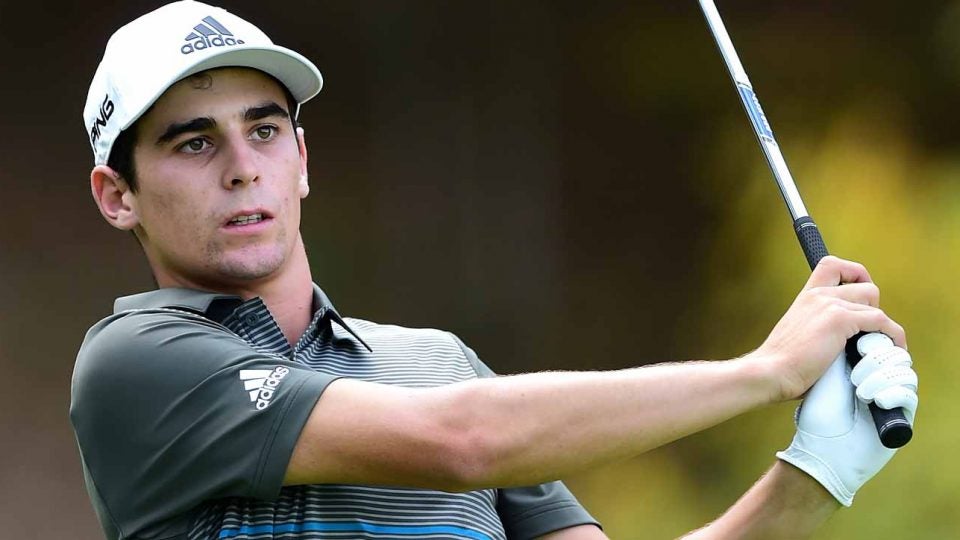 Joaquin Niemann holds the lead heading into the final round at the Greenbrier.
Getty Images

After three rounds at the PGA Tour’s season-opening event, one man stands alone atop the leaderboard at the Greenbrier.

Here’s everything you missed from Saturday’s third round at A Military Tribute at the Greenbrier.

Joaquin Niemann is your 54-hole leader at the Old White TPC course. Niemann put together a solid round of two-under 68 on Saturday. That moved him to 15 under for the tournament, which is good enough for a two-shot lead.

Niemann, who hails from Chile and is just 20 years old, first gained full Tour status last season. He has yet to add a PGA Tour victory to his ledger.

Sungjae Im is coming off an incredibly consistent inaugural year on Tour, one that saw him collect seven top-10s on his way to winning the PGA Tour Rookie of the Year award.

At the Greenbrier, Im is showing no signs of a sophomore slump. After a three-under 67 on Saturday, he finds himself once again inside the Top 10 at a PGA Tour event, T9 and just five shots back.

Kevin Chappell had the best round of his life on Friday, cruising to incredible 11-under 59 to join the small but growing list of Tour players’ who’ve broken 60.

But all of his momentum disappeared on Saturday. Chappell struggled to a three-over 73 in the third round, a full 14 shots worse than he shot on the same course the day before. He now heads into Sunday’s final round trailing by eight shots.