With its new Mexico stop, the PGA Tour has lost the beautiful simplicity of its Florida Swing 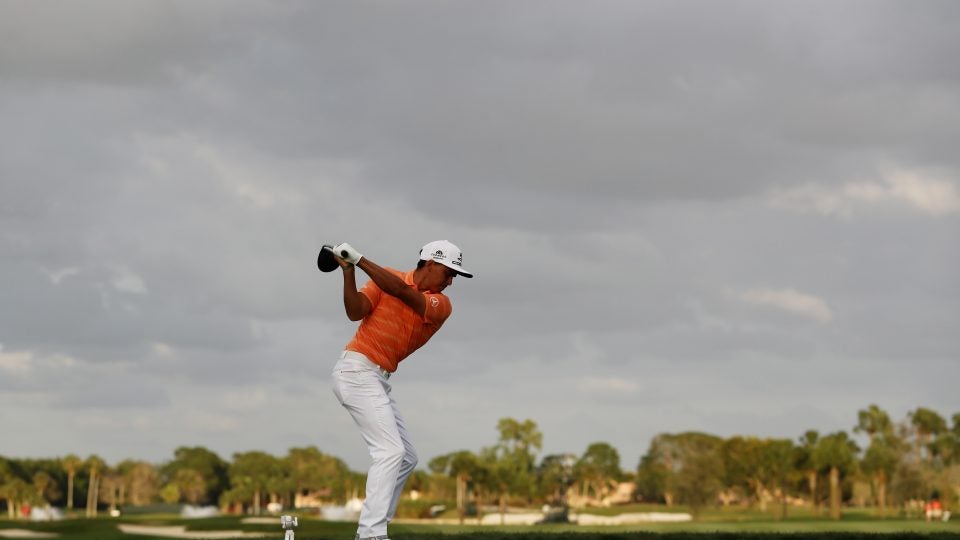 Rickie Fowler is among the crop of players who this week will travel from South Florida to Mexico City.
Getty Images

PALM BEACH GARDENS, Fla. — Scores of elite professionals – players from the PGA Tour, the Champions tour and the Web.com tour – live within 20 miles or so of PGA National, site of last week’s Honda Classic. Rickie Fowler, your new Honda winner, is among them. But the Champions course he played, renovated by Jack Nicklaus in 2014, is not one Fowler and his buddies come to play their recreational, automatic two-downs, trash-talk golf. The course is crowded, slow and hard. Water, wind, rough. The big three.

Fowler, who rinsed his tee shot on the par-3 17th in the finale en route to a one-over 71 and a four-shot win, didn’t exactly look like he was having the time of his life on Sunday, even though he was on his way to earning $1.15 million and picking up his fourth career Tour victory. Now that he’s won there, it’s not about to become his South Florida golf hangout.

“We don’t make it over here a whole lot just because of how busy it is,” Fowler said on Sunday night, sitting on a press-room riser, his Honda crystal propped between his high-topped feet. “A lot of times when we play, we like to play in under three or three-and-a-half hours. I know they do get a lot of play here, because it is a place that a lot of people come and try and play.” The key word there is try. You see the course on TV, you want to give it a try. That’s where the disconnect begins. Tour players, the best in the world, want to have a good time when they play golf. So why do we pay good money to get beat up? Between the 2016 Honda and the 2017 Honda, Fowler teed it up at PGA National one time. He played with some police officers. “They showed me where to hit it—and some places where not to hit it,” Fowler said.

Golf has a tendency to make things harder than they need to be. Change is good, change is necessary, change is inevitable, but sometimes it is just illogical. For years, the Florida Swing was four consecutive tournaments that the players and caddies could easily drive to: Honda, Doral, Bay Hill, Players. It was easy. This year, for the first time since 1961, there is no Doral stop. Instead, this week the Tour is going to the Club de Golf Chapultepec in Mexico City. It arranged two charter flights, one to accommodate players who participated on Monday at the Seminole Member-Pro. You hope it will be a great tournament, in Mexico. Since becoming a World Golf Championship, the event at Doral had certainly lost its mojo—and its sponsorship. A change was needed. But the point here is that the Tour had something that was easy, and it got replaced with something that sounds like work.

“It was always nice to be here at home,” said Fowler, 28 and sounding nostalgic. “I would typically play Seminole, stay at home Monday night and then just drive down [to Doral] Tuesday. Maybe practice a little bit, play nine holes. Play nine or 18 on Wednesday and just play the tournament and drive home after.” What could be easier?

This year, in three consecutive weeks, some players will have gone from Los Angeles to South Florida to Mexico City. You get tired just thinking about it.

Part of Fowler’s appeal is that he makes golf look easy. A big part of that is his decisiveness. When it’s his turn, he’s ready to play, just like we want our playing partners to be. His swing, despite its speed and athleticism, isn’t a freak show. It looks like a swing he understands and one that we can understand too.

Warren Buffett likes to say, “Bring me investment opportunities I can understand.” That’s Rickie’s approach to his swing and to the playing of the game. We understand it.

My friend and colleague John Garrity will sometimes say of a golf course he likes, “It has everything it should have and not more.” Augusta National and Pebble Beach have that quality in spades, to cite two courses that millions of us know from TV. Those are courses that are immensely enjoyable for every level of golfer. I don’t think you can say the same of PGA National or the Stadium course in Ponte Vedra Beach. Both of them just have too much going on. On almost every shot, there are too many things that can go wrong and not enough things that can go right.

A schedule that brings the Tour to Florida for a month and lets it settle in is a prime example of something that is appealing and simple. The Florida Swing! Fowler driving one of his Porsches up and down I-95 and the Florida Turnpike, one stop to the next. But now he’s off to Mexico City. Maybe it makes no difference. For those of us watching from home, either way Fowler and his brethren are just a click away. But I think it does. There’s the cake, and then there’s how the cake gets made. You want the cake made with shelf-stable eggs? It is a principle of science and life that simplest is best. A golf course we can understand is better than one we cannot. The swing, the same. The Tour schedule, the same. A shorter round with no lost balls is better than a longer round with lost balls. Rickie Fowler will surely be at PGA National to defend next year. Will he come back before that? The guess here is only if his cop buddies can wrangle him into a game.