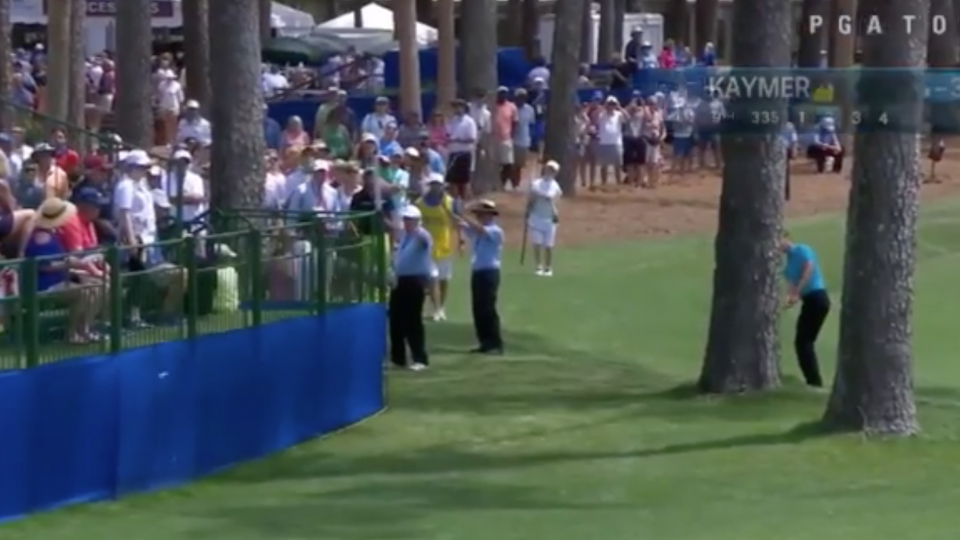 It was a modest attempt by Kaymer, but it didn't cost him on the scorecard.
Instagram.com/PGATour

Martin Kaymer isn’t going to win the RBC Heritage this week, but if points were awarded for creativity, he’d be far in front following his performance Saturday.

Kaymer was three under for the week when his tee shot on the short par-4 9th hole came to rest in a brutal lie behind a tree. Sure, he could have pitched out back into the fairway and tried his hand at getting up and down from 40 yards for par.

Nope, Kaymer was in it for the creative extra credit. Unfortunately for him, it didn’t pay off. Kaymer elected to play a bank shot off the nearby grandstand. He succeeded in hitting the grandstand, but the ball ricocheted hard back and into the greenside bunker. Kudos for trying, I suppose. He’d end up making par, so no harm done to the scorecard.