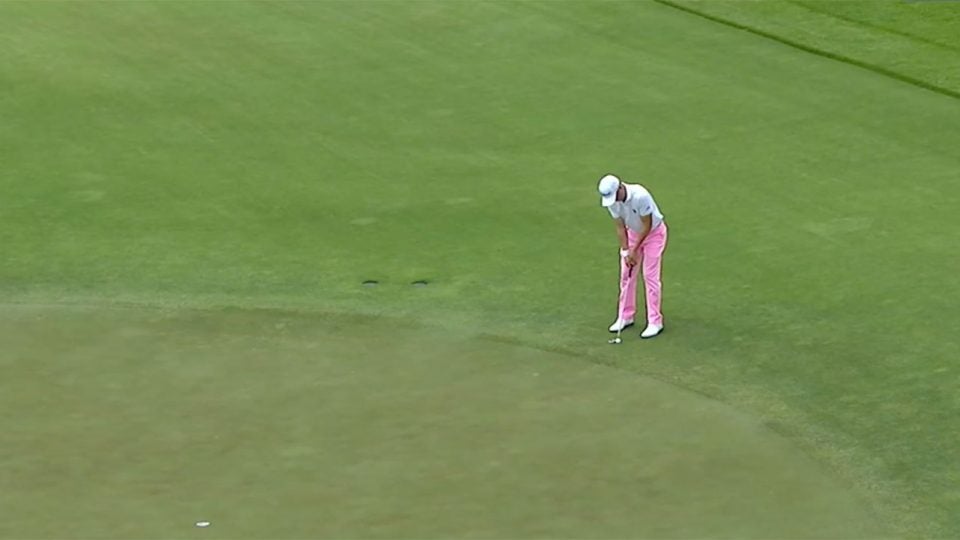 Justin Thomas put on a putting show during Round 3 of the 2017 U.S. Open.
Twitter/usopengolf

Justin Thomas is making moves this U.S. Open Moving Day, and he’s making them in style.

Having made two back-to-back birdies to start his third round at Erin Hills, Justin Thomas approached the 504-yard par-4 5th hole four shots off the lead. He ripped driver 339 yards and hit his approach to 18 feet, on the fringe left of the green.

What he did next was diabolical, especially for Erin Hills’ tricky standards.

Thomas lined up his putt facing away from the hole, putting off the green and letting the slope carry his ball down toward the hole. He may not have intended it to go all the way, but that’s exactly what it did — giving Thomas his third birdie of the day.

You can watch the wizardry below.