The PGA Tour continues its swing through the Lone Star State this week, as the Valero Texas Open is set to get underway on the AT&T Oaks Course at TPC San Antonio. Because the Masters is one week away, this field is light on top players. But there are a few big names set to play the second of four PGA Tour events in Texas this year.

Rickie Fowler, currently No. 8 in the world, is paired alongside the defending champion Andrew Landry and 2015 champion Jimmy Walker for the first two rounds. The trio will begin their first round at 8:50 a.m. ET from the 10th tee, and their second round at 1:40 p.m. ET from No. 1.

With 10/1 odds to win, Fowler is the betting favorite. The 30-year-old’s most recent Tour win came this past February at the Waste Management Open.

Jordan Spieth, the runner-up to Walker in 2015, will tee off alongside Billy Horschel and Jhonattan Vegas on No. 1 at 1:40 p.m. ET on Thursday. They’ll begin their second round at 8:50 a.m. ET on Friday morning from the 10th tee.

Finau, currently 15th in the world, enters at 14/1 odds. He failed to get out of the group stage at the WGC-Dell Technologies Match Play last week, as he’s looking for his first Tour win since 2016.

Kuchar, last week’s runner-up at Austin Country Club, has the third-best odds to win at TPC San Antonio. He’s currently ranked 16th in the world and was runner-up in the Texas Open in 2001. His last Tour win came at the Sony Open in January. 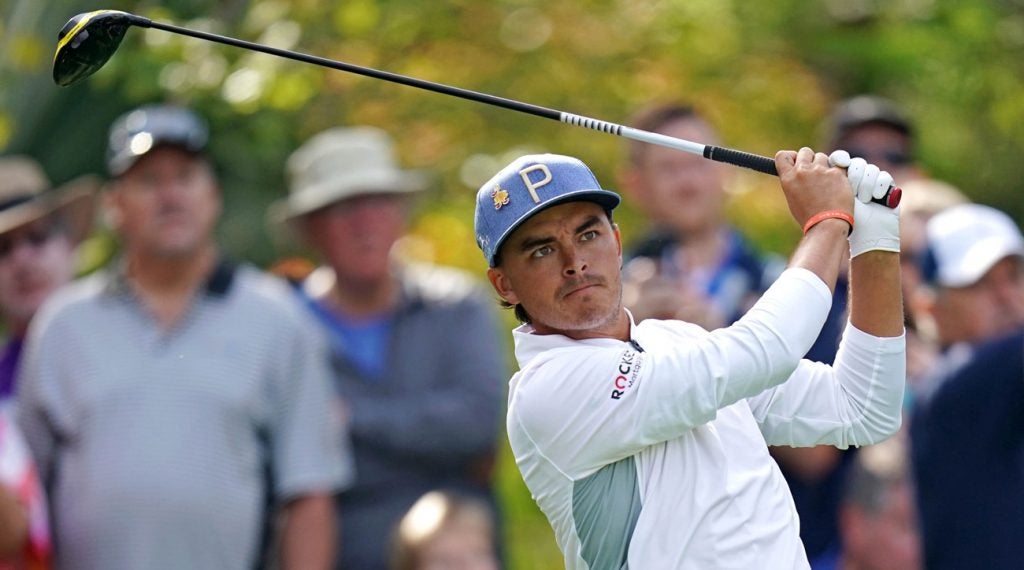 Rickie Fowler will be teeing it up this week at the Valero Texas Open.
USA Today Sports