GOLF.com conducts an e-mail roundtable with writers from Sports Illustrated and GOLF Magazine every Sunday night to discuss the trending topics in the game. In this case, we called on our panel for an emergency session to discuss the fallout from Tiger Woods’s DUI arrest on Monday. Check in every week for the unfiltered opinions of our writers and editors and join the conversation by tweeting us @golf_com.

1. Tiger Woods made more off-the-course news on Monday, when he was arrested for a DUI in Jupiter, Fla. His story is a bizarre one. He was alone, feel asleep at the wheel of his parked vehicle and told police he didn’t know where he was. What’s the most alarming part of Woods’s DUI arrest?

Josh Sens, contributing writer, GOLF (@JoshSens): Any DUI is alarming when you think of the physical harm someone can do. Since he was lucky to avoid that, the most troubling element is just how out of it he was. This wasn’t a guy who had an extra glass of chardonnay at a party and got behind the wheel when he probably knew he shouldn’t. He had no idea what was up. The image, per the police report, of him struggling to touch his nose and such will live on in my mind: one of the world’s great athletes, reduced to that state of physical disrepair.

Alan Shipnuck, senior writer, Sports Illustrated (@AlanShipnuck): It has to be the photo. That will live on forever, Tiger looking disheveled, confused, barely coherent. Even if we take at face-value the story of a bad reaction to meds, what the heck was he doing behind the wheel like that at 3 a.m.? 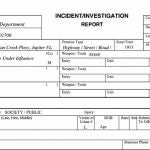 Jeff Ritter, digital development editor, Sports Illustrated Golf Group (@Jeff_Ritter): That mugshot is disturbing. So are details from the police report, like where Woods appears to have been instructed to recite the alphabet but interprets it as a command to say the national anthem backwards. But just the fact that he put himself, and others, at risk is the most alarming aspect of the story. It’s sad that we’re here.

Joe Passov, senior writer, GOLF Magazine (@joepassov): Well, OK—how many great mug shot photos do you see from someone who was out of it at 3 a.m.? Nick Nolte’s still has to be the best/worst ever. But the most alarming part of the story is that he wound up in this situation at all. Plenty of “heroes”—athletes, movie stars, politicians—make these mistakes. Given Tiger’s past brushes, however, and his high profile even today, it’s inexplicable how he let himself wind up in this position.

Michael Bamberger, senior writer, Sports Illustrated: I think the most disturbing aspect of the story is what it could mean for his future as a father. There are courts that would restrict his ability to be with his children in an unsupervised setting with a DUI conviction. I don’t know a thing about Tiger’s private life but it’s obvious that being a father to his children is his highest priority now. He slipped. He has to figure out for himself how and why. Being a public person will only make it harder.

2. Tiger battled another PR nightmare in 2009, when his sex scandal became public and lived on in the mainstream media for months. How does his recent DUI arrest compare to 2009 when it comes to Woods’s image, and also from a sponsor’s point of view?

Shipnuck: Well, that was the biggest sex scandal in the Internet age, driven not only by the endless salacious details but also the sheer shock of how different the real Woods was from his public image. Nobody is shocked now. Really, the overriding emotion is sadness.

Sens: Agreed. With the sex scandal, there was shock and a lot of holier-than-thou moral outrage. But the arc of his story has dipped deep into pathos now. Who knows where things go from here. But we do know that our culture loves redemption stories. If I were playing the role of cynical PR strategist here, I’d say there’s an opportunity. Famous people pull their images from the wreckage all the time. But of course that’s all secondary to Tiger actually getting on the right path personally. Let’s hope that happens.

Ritter: Nothing can match the sex scandal, but this mistake has allowed Thanksgiving ’09 to be dredged up again. He lost a few sponsors then; it remains to be seen if all stay with him again this time around. It would be a surprise if Nike dropped him, but one company—Kowa Pharmaceuticals—now feels like an awkward fit.

Passov: The fact that so many folks, famous and otherwise, have experienced this particular arrest scenario puts it in a completely different category than the sex mess of ’09. That event and its repercussions shattered a formidable wall. Here, I think we need more facts and more time to see how sponsors treat it. Josh is right. If he and his camp can turn this into an opportunity for good, folks will stick by him because of our love of redemption stories. If his back pain is so bad that he has now taken on a dependency for painkillers, many of us will root for his recovery and comeback, because we understand the situation. If it cannot be explained away, however, that’s trouble. Sponsors and fans aren’t much for backing a loser.

Bamberger: No sentient person could have any sense of schadenfreude for what he is enduring now. In 2009, many mean-spirited people did. 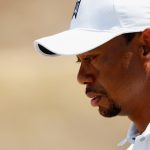 3. Before Monday, Woods was 41 years old and coming off a fourth back surgery, struggling to stay healthy and compete on the PGA Tour. Now, he has yet another blemish to battle and put behind him. How does Monday’s DUI arrest change the prospects for Tiger Woods, the golfer?

Shipnuck: It’s devastating. Tiger as a competitor had already been profoundly changed by the shame of his sex scandal, because his self-image had been shattered. This only compounds it. Tiger had recently been learning to engage with the world around him, or so it seemed. I’m afraid that now he’ll slam the shutters down and retreat back into his shell.

Sens: Right. The injuries and surgeries are just part of Tiger’s tangle of problems. His decline has always seemed almost as much psychological as physical, and this is a new low. But maybe it will be the bottoming-out moment the experts talk about. The point that pushes him toward the positive change he needs.

Ritter: There is absolutely no way the DUI helps him on the course. But if this episode forces Woods to face a problem he may be battling, that would be the one silver lining.

Bamberger: Well said, Jeff. We can’t know the extent of his problems. The chance that this is a one-off is slim. There is no way he could go through what he did in 2009 and enjoy good mental health without intensive self-examination. Poor mental health shows up in all manner of self-destructive behavior. But that doesn’t mean a person can’t reconstitute his or her life.

Passov: Well-said, indeed. I’m wondering at what point an athlete has to reach to where the mind finally accepts what the body is telling it: Enough! He’ll recover from a DUI, but has anyone in professional golf history ever come back from four back surgeries in such a short period of time? Yes, he’s always been fitter and stronger than the rest, but everyone has a limit. Is this latest episode Tiger’s way of coping with the reality of his situation?