On Thursday, Woods confirmed that he will play the 2020 Farmers Insurance Open, which will be played Jan. 23-26, according a blog post on Woods’ official website.

While the announcement is news, it’s hardly a surprise. Though he hadn’t officially committed to the event publicly until Thursday, most observers assumed Woods would choose to make his first start of 2020 at the Farmers, as he has done for the last three years. Making his decision easier was his long, prolific history of success at the tournament and Torrey’s South Course in general. 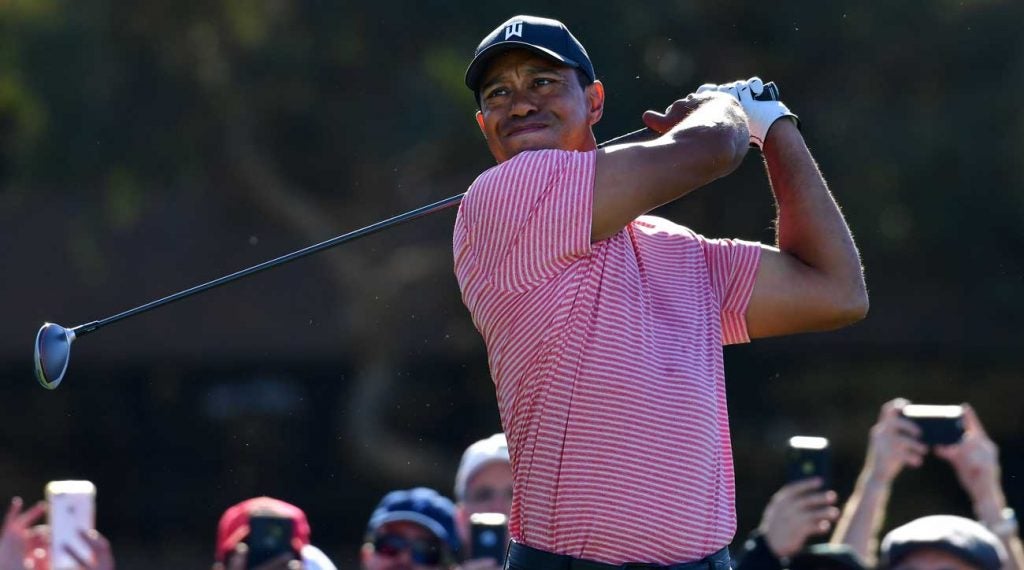 Tiger has won the Farmers Insurance Open a record seven times. His first win there came in 1999 when the tournament was known as the Buick Invitational, though he has not finished on top at the Farmers since 2013 when he was in the midst of a five-win season.

His other victory at Torrey Pines was undoubtedly one of his most memorable. At the 2008 U.S. Open, Woods fought through pain from a fractured leg to defeat Rocco Mediate in a 19-hole Monday playoff on the South Course and secure his 14th major title.

Woods also announced that he would play the 2020 Genesis Invitational three weeks after the Farmers. He’s the host of the Genesis, which is operating as an Invitational event for the first time this year.

Excited for this season to begin @FarmersInsOpen and @TGRLiveEvents’ @thegenesisinv, our first year as an invitational. See you soon west coast.https://t.co/BgwZz9Bc7j

The Genesis is set to take place at iconic Riviera Country Club in Los Angeles, Feb. 13-16.