#AskAlan mailbag: Why did Tiger pick Rickie Fowler for the Presidents Cup over more deserving players?

In this installment of the #AskAlan mailbag, GOLF senior writer Alan Shipnuck fields your questions about Jon Rahm’s late-entry into the “best season” debate, a joint PGA/LPGA tournament, Tiger’s questionable pick of Rickie Fowler for the Presidents Cup and more.

It’s an interesting question. Rahm won four tournaments, including two national Opens, plus the Euro Tour’s version of the FedEx Cup. He also contended to the bitter end at the U.S. Open while McIlroy was never in the hunt at any of the four majors. But I think Rory has a slight edge overall based on the quality of his wins: the Players, a WGC, the Tour Championship (to take the actual FedEx Cup) and a national Open, up in Canada. Great play by both of them…but not enough to wrest POY from Brooks. 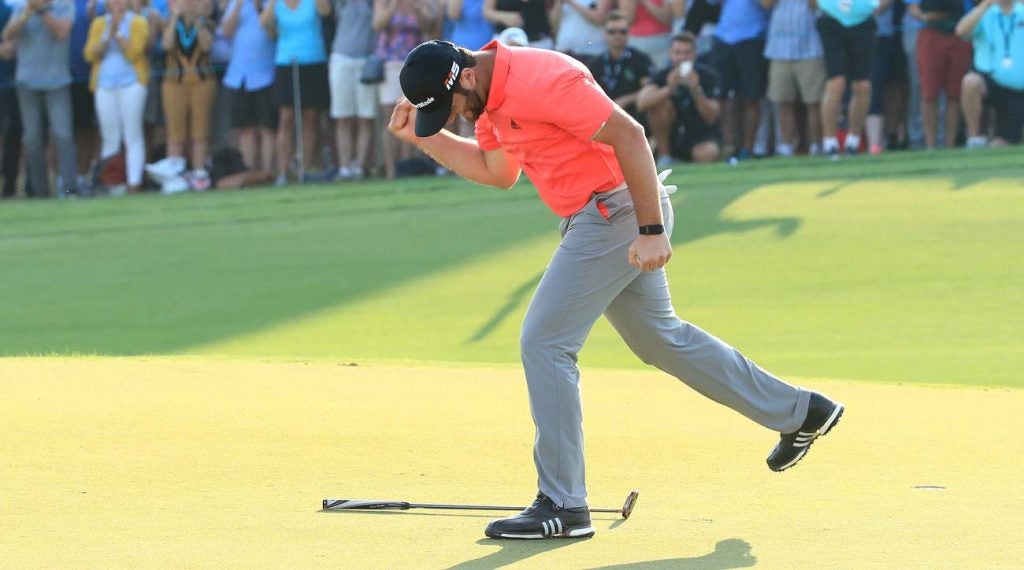 Who will win their major first, Rahm or Fleetwood? -@pkeen52

Rahm is an absolute monster. I love Fleetwood but Rahm is longer off the tee, probably a better chipper and definitely a superior putter. So I gotta go with the beefy Spaniard.

I’d imagine the PGA Tour is thrilled not to have to spend billions of dollars “Todd- proofing” their courses. How annoyed (if at all) are the non-elite Tour players that Rickie Fowler was picked for the Presidents Cup ahead of much more deserving players? -@bcunningham0

This is an underrated aspect to the Prez Cup intrigue. Golf is supposed to be the ultimate meritocracy, but the U.S. team increasingly feels like a secret society, ruled by all-powerful cliques. Sure, Todd could have played his way onto the team through the points list, but life/golf doesn’t always conform to prescribed timelines. Capt. Woods was granted a mulligan and could have taken not only the hottest player in the game but also one who has become a folk hero for his inspirational career resurrection. Instead, Tiger made the most uninspired pick imaginable, taking his Jupiter golf buddy who has been 1) idle, 2) sick. Hard not to think that the fix was in. 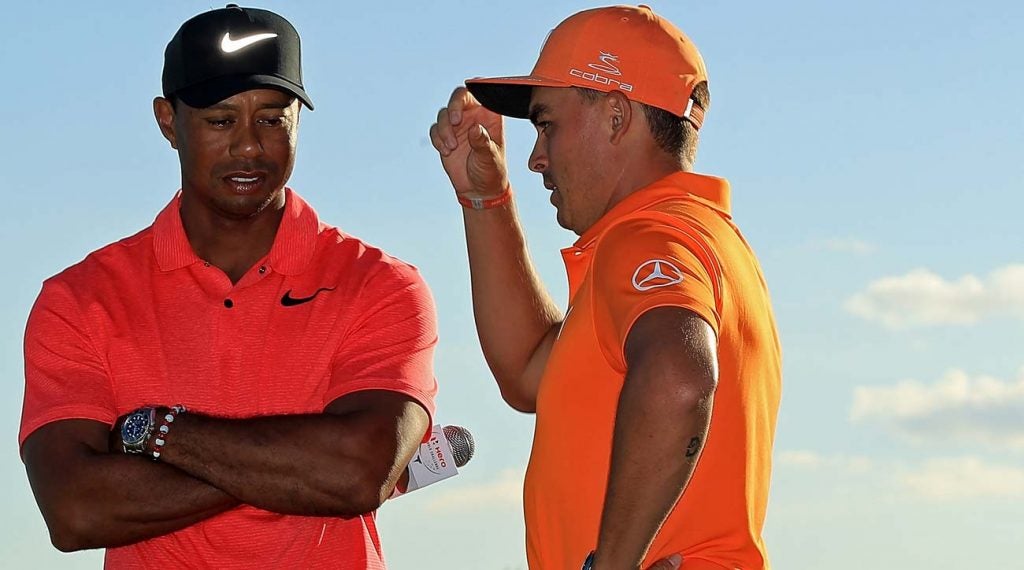 What are your thoughts on the top 100 in the World per Golf Magazine (and the next 50)? -@MWhiteLinks

I’m a company man, so take this with a grain of salt, but I think it’s a really strong list. That Pebble and Augusta National both dropped a little bit is deserved and reflective of a revitalized list that is not built on old reputations. Some overrated courses plummeted, as they should have: Nine Bridges, Trump Aberdeen, Oakland Hills. Others fell off the list entirely, deservedly: Baltusrol Lower, Yas Links, Oitavos Dunes. I *love* some of the courses that are new to the Top 100, especially Sleepy Hollow, Bandon Trails and Yale. Of course I have quibbles: Cape Wickham at 60 is waaay too low. That Royal St. George’s is higher than Cruden Bay and North Berwick West is an abomination. Cape Kidnappers ahead of New South Wales? C’mon. Whistling Straits ahead of Kingsbarns? I think not. And I’m going to have a problem with any Top 100 that doesn’t include MPCC Shore. But second-guessing is what makes these lists so fun.

Well, the folks who do the rating can and do play more or less anywhere. I’ve seen the raw numbers and Pine Valley and Augusta National had almost exactly the same number of “votes,” which is to say, the number of raters who played them over the last two years. What is hurting Augusta National is that the course has increasingly strayed from the vision of creators Alister MacKenzie and Bobby Jones, who strived to transport the shot values of the Old Course into a parkland setting. What used to be a vast canvas that encouraged artistic impression has been cluttered with trees and rough, and until Augusta National returns to its roots I expect it will keep dropping in the ranking.

Travel
Top 100 Courses in the World: GOLF’s 2020-21 ranking of the best golf courses on the planet

The LPGA seems to be on a significant upward trajectory. When will the PGA Tour realize a collaborative tournament with the women will raise its own stature? -@CountDownDave

This is especially true given that the team format has revitalized the Tour stop in New Orleans. Coed teams would be even more fun. I guess the issue is that non-Tour members (i.e. the LPGA players) would be significantly impacting the fortunes of the Tour rank-and-file, but who cares? I have no doubt Mike Whan can make this happen, but I’m far less confident in Jay Monahan.

Hard to pick one, but the most knowledgeable I’ve encountered are Vijay Singh, Tommy Armour III, Kevin Streelman, Brian Gay, and Jason Dufner.

Why is there so much hostility in golf journalism/coverage towards each other? -@astratton1230

A couple of fellas swinging their purses at each other on Twitter is not real hostility. To cite one example, John Huggan and I have been sniping at each other off and on for years on Twitter and some people think I truly dislike the guy, but in person we always have convivial chats and have shared plenty of press room lunches over the years. Some of the old guys on the beat can be grumpy and the New Media lads enjoy winding them up but, again, the fission caused by the interaction between smart alecks and strident codgers should not be confused with real hostility.

Did Tim Rosaforte once put me in a headlock in the Masters press room? Yes. (We still laugh about it though I do think in the moment he was actually trying to twist my head off.) Have I sent some very spicy texts and/or DMs to fellow scribes when they have stepped out of line? Yes. But it’s a competitive business full of big egos, so this kind of thing is occasionally gonna happen. But in general those of us on the beat play a lot of golf together, regularly dine together and at tournament sites can usually be found in clumps, gossiping incorrigibly. Sounds relatively healthy to me.