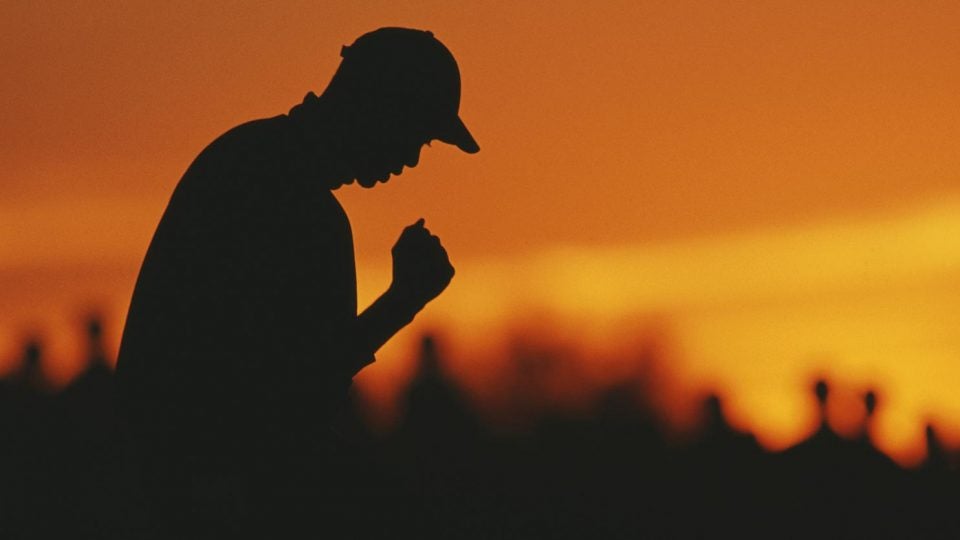 Thanksgiving, 2009. That was the low point. Not for Tiger.

Tiger ran over that hydrant and all hell broke loose. That one-car collision brought down more than a water dispenser. It razed all the walls around one of the most famous and accomplished people in the world. In its aftermath, Woods apologized to his wife, to his sponsors, to his fans. It should have been the other way around.

What gave us the right to spy on him? To read his private text messages? To hang on every interview his various girlfriends gave to Vanity Fair and the network morning shows and TMZ?

When Tiger Woods came off the 18th green at Augusta on Masters Sunday earlier this year, there was pandemonium. The ground shook. The chanting filled your ears. All you could see was the back of some guy’s Under Armour golf shirt. We were screaming at him and he was screaming at us. There was so much pent-up emotion, winner to crowd and crowd to winner. In the cacophony (this is surely a minority report) was an apology, from us to him. And an acceptance of it, from him to us. 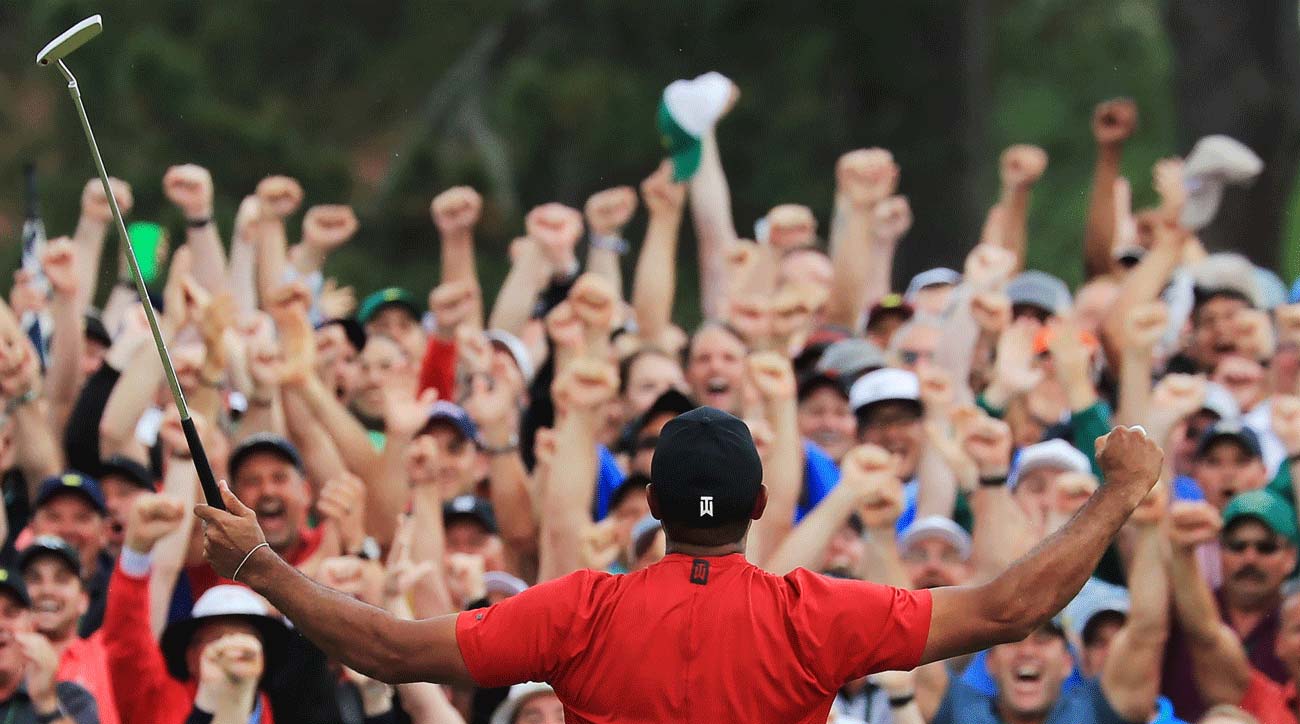 The story of Tiger’s Thanksgiving-from-hell is the story of his infidelity. How did his ability at golf make his sex life any of our business? Yes, the way he sold himself in various advertising campaigns, and in his many superficial interactions with reporters, contained layers and layers of misdirection and misrepresentation. Those of us who were supposed to be telling you what he was, quote, really like, did a lousy job of it, and this reporter should be at the front of the line. Still, as Big Jack said, “It’s none of my business.”

Nicklaus was too well-mannered to use the word sex. As in, His sex life is none of my business.

That’s not true in every case. Religious leaders, teachers, elected officials, chieftains abusing their power, many of those situations could be and should be viewed differently. The Boston Globe’s Spotlight team did the best work reporters can do. The #MeToo movement has righted all manner of wrongs. We properly demand a certain code of behavior from people we view as moral authority figures.

Tiger Woods was not a moral authority figure. He was just an exceptional athlete. His original sin was saying yes to all those big-ticket contracts that required him to smile for the camera and pretend to be somebody he was not. The rules changed on Tiger, but nobody told him. Name-your-athlete, circa 1997, didn’t get the treatment Gary Hart, presidential candidate, got on the good ship Monkey Business in 1987. Twenty years later, Tiger was fair game, but he didn’t know it. Tiger Woods, married man, father of two young children. Either he didn’t know or didn’t care. But who were we to judge his sex life? 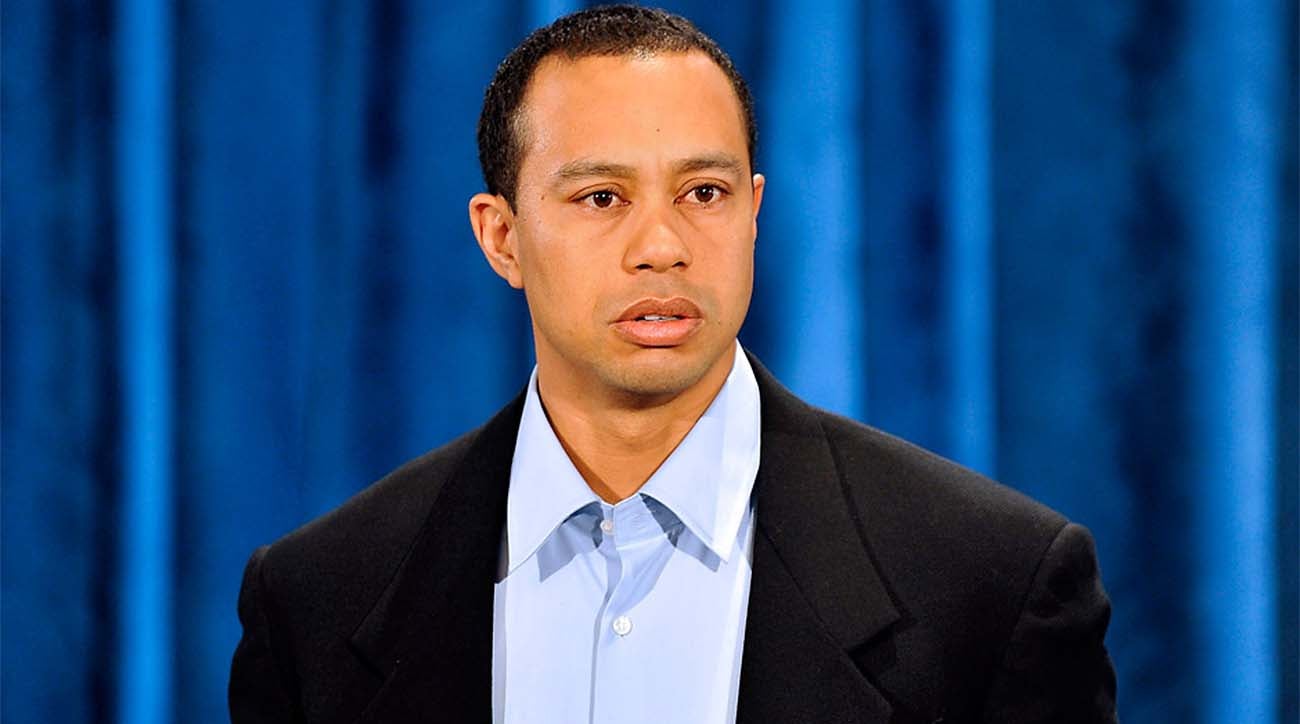 Woods apologized publicly for his transgressions, but who were we to judge him?
Getty Images

How did we spy on him? We supported a newspaper, the National Enquirer, that tracked, this month 10 years ago, one of Tiger’s girlfriends, Rachel Uchitel, from her home in lower Manhattan to Woods’s suite at a hotel in Melbourne. The framers did not have that mind when they wrote the First Amendment, granting us our broad rights to free speech. Innumerable people have died to protect those rights. It’s a tragedy, to see them used so frivolously.

The National Enquirer got its Tiger-and-Rachel story. Woods’s wife, Elin Nordegren, got wind of it, on Thanksgiving 2009. Early on the Friday morning, at 2:25 a.m., Woods flattened a hydrant outside his home in a Florida development called Isleworth with a big, black Cadillac Escalade. There were frantic calls. He was unconscious for six minutes. An ambulance whisked him away. Tiger went into hiding. He was fined $164 for careless driving.

That part, the accident, Tiger unconscious, was a shocker to me, when I heard about it on that Friday. The affair underneath it was not.

Several weeks earlier, two women, without giving their last names, had called my boss, Jim Herre, the golf editor at Sports Illustrated. They were looking to sell a story, about a woman, allegedly a former friend of theirs, who they said was having an affair with Tiger Woods. They were looking for a payday, $25,000. Herre explained that Sports Illustrated didn’t pay for information. I believe their call to the National Enquirer was more fruitful and set the wheels in motion. 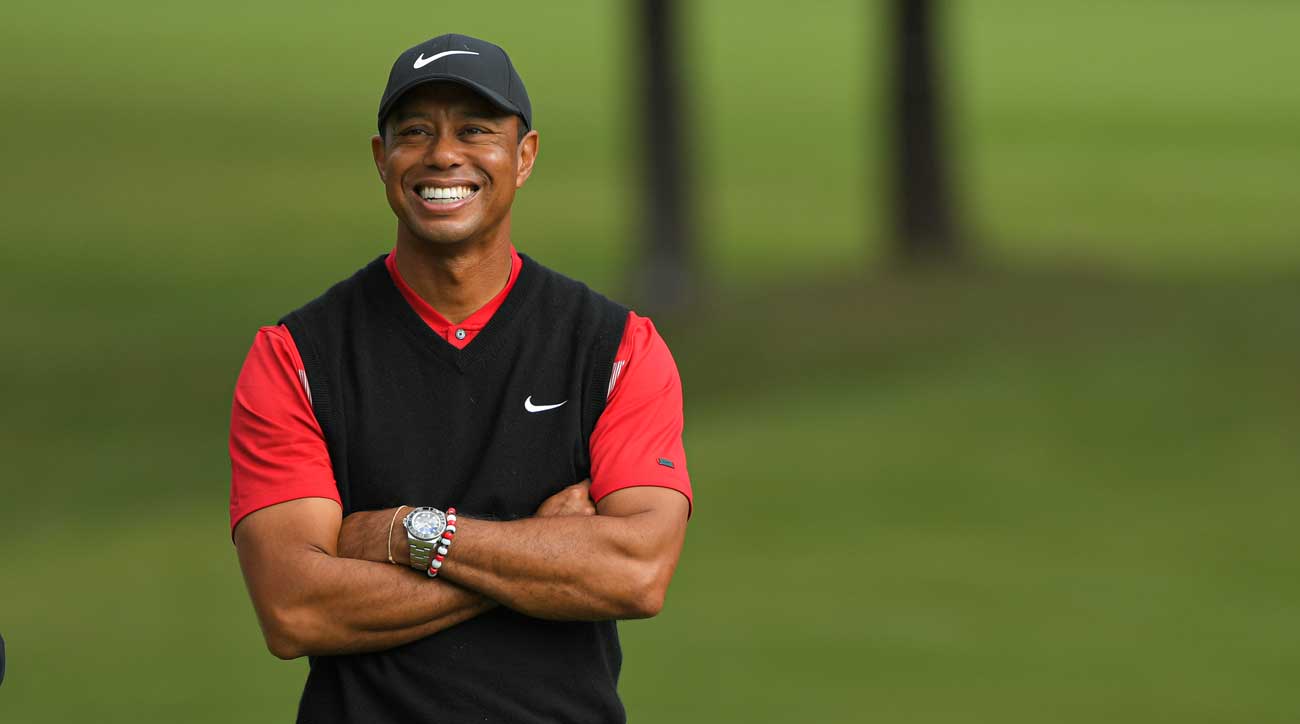 The Tiger Woods who cruised to victory in Japan last month was all but unrecognizable from his former shielded self.
Getty Images

Woods subsequently went to a rehab facility in Hattiesburg, Miss., called Pine Grove Behavioral Health & Addiction Services. From what I know of his six weeks there, he got nothing out of it. He returned to golf and public life at the Masters in April 2010. Divorce was inevitable. From his return in 2010 to the end of 2015, he played, and he won, but it was different, and he was different. In 2016 and ’17, he barely played at all.

When he returned to a regular schedule in 2018, you could see signs of change. It was after his spinal fusion surgery. After his DUI arrest. Whether it was a PR makeover or more than that I could not say. I believe it was more than that. He never had a win or a response to a win as he did at East Lake in 2018. Ditto for his win at Augusta, seven months later. Georgia shook and then it shook again.

It was a long, long road, to those wins, to the one in Japan last month, to his captaincy of the Presidents Cup next month, in Melbourne. His golf has been different and he’s been different. His road to East Lake, to Augusta, to Tokyo, to the Presidents Cup, began on the driveway of his Isleworth home, 10 years ago, that short trip he took in the Escalade.

Woods’s damage was all self-inflicted, no question about that. But his sex life was his, not ours. Certainly not mine. Don’t want even a little tiny piece of it! The apology he gave, in February 2010, at TPC Sawgrass, made no sense, except as an exercise in public relations. The one on Masters Sunday seven months ago, us to him, makes more sense, at least to this reporter.