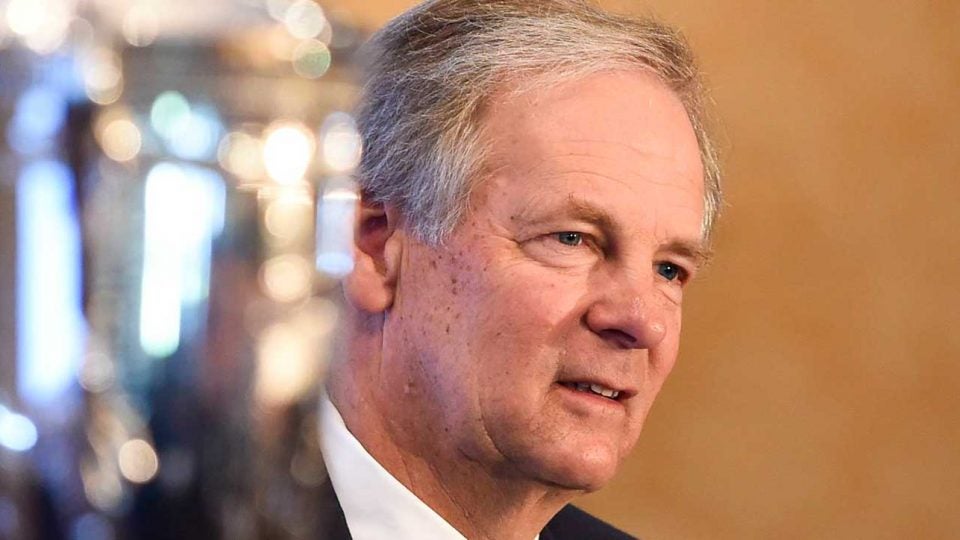 Stu Francis has been named the newest President of the USGA, succeeding Mark Newell
USGA

The USGA has a new president. Golf’s governing body has announced Stu Francis as its executive board’s new head for the 2020 year. Francis will be officially sworn in as president at the end of February, succeeding Mark Newell. Here are 5 things to know about the newest leader of the USGA:

1) He’s a lifelong golfer (and a good one) — Francis has been playing golf since he was a child, earning All-American honors as captain of the Princeton University golf team. But his love for the game doesn’t stop there. Francis is also a decorated amateur golfer, having competed in three U.S. Amateurs.

2) He’s succeeding Mark Newell — Francis takes over the USGA from President Mark Newell, who’s held the position since 2017. Newell, whose leadership of the executive board over the last four years includes the stewardship of golf’s new handicap system, will be retiring in February.

3) In his downtime, he works in Silicon Valley — In addition to serving on the board of the USGA, Francis is a successful investment banker in Silicon Valley, having advised some of the world’s biggest tech companies.

Tournaments
USGA alters rule, will allow professionals to compete after qualifying as amateurs

4) He’s a fixture in the Northern California golf scene — Working in Silicon Valley put Francis on the map as a businessman in the Bay Area, but he’s also a familiar face in the world of the Northern California golf. Francis narrowly missed the cut for the San Francisco Open in March and has also been a participant at the AT&T Pebble Beach Pro-Am.

5) He scored an assist on Brandon Wu’s graduation from Stanford — When Wu surprised the field at the U.S. Open by making the cut as a Stanford senior in June, he put another major achievement in jeopardy-his college graduation. Wu’s place in the tournament meant he would have to miss his graduation ceremony, which was also scheduled for that weekend. That’s when Francis, who has an MBA from Stanford, stepped in. After Wu finished his final round on Sunday, he was greeted by a group of Stanford officials and Francis, who presented Wu with his degree in an impromptu ceremony.

When you have to miss graduation because you’re playing the final round of the #USOpen, the diploma comes to you!