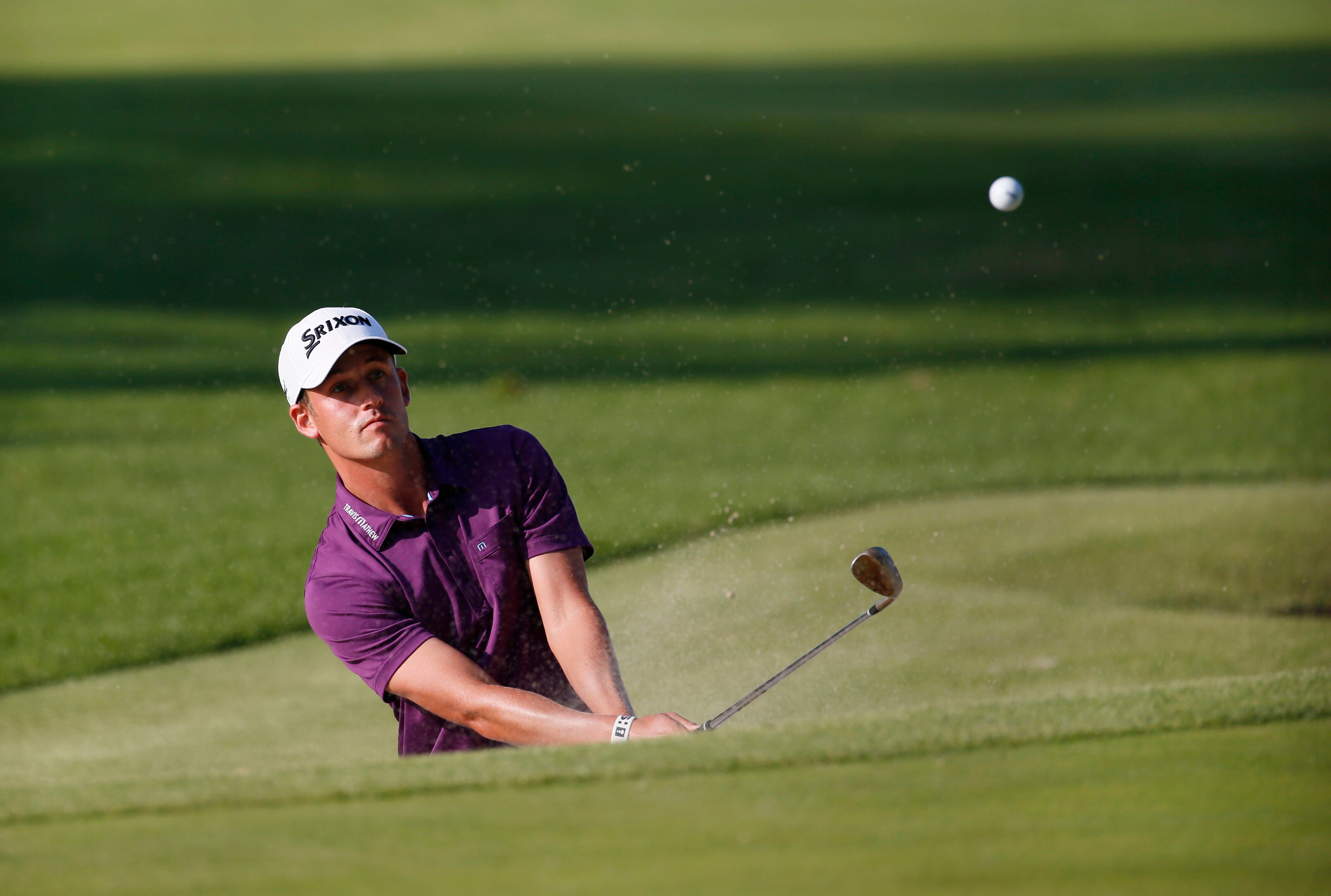 Andrew Putnam hits out of a bunker on the 10th hole during the first round of the Northern Trust Open golf tournament at Riviera Country Club in the Pacific Palisades area of Los Angeles on Thursday, Feb. 19, 2015. (AP Photo/Danny
AP Photo/Danny Moloshok

PALM BEACH GARDENS, Fla. — No one summed up the 10th hole at Riviera as well as Ryo Ishikawa of Japan.

”Fun hole to watch. Tough to play,” he said during the opening round of the Northern Trust Open.

What many consider to be the best little par 4 in America – and among the best in the world – received even more attention last week at Riviera when it went from being clever to at times cruel. 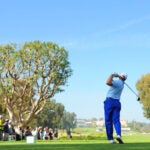 Vaughn Taylor, in contention and headed toward another top 10 that would have got him in the Honda Classic, found the front bunker on Sunday. He went over the green into the back bunker, hit a poor shot that stuck in the sand on the slope, knocked that one back down toward his feet and holed at 15-footer from the fringe for a triple bogey.

Defending champion Bubba Watson, who earlier in the week professed to be ”scared to death of the hole,” was two shots out of the lead and made double bogey.

Was it over the top?

More than one player trudged off the 10th believing the joy had been sucked out of the 315-yard hole. There was ample evidence, especially on Thursday and Sunday with a far right pin, of shots that had plenty of spin taking a hard hop and catching enough of the slope to roll off the green, either in the collection area of in a bunker.

The response from Riviera superintendent Matt Morton? Welcome to our world.

With all the chatter about so much sand from so many bunker shots building up the green, Morton said the real culprit was a long drought creating firm conditions.

”The main difference is three firm years in a row,” he said. ”During the Northern Trust Open, it’s usually wet and you deal with rain. We’re in a drought. You’re seeing three years of dry, firm conditions. We’ve been able to showcase the hole the way members play in the summer.”

It began to rain heavily on the back nine Sunday, and when Dustin Johnson and James Hahn reached the 10th hole in the playoff (the second extra hole), it helped slightly to be able to get their flop shots on the green. That said, they were flop shots of the highest quality.

And that remains the secret to the 10th hole. Great shots are rewarded, but they better be great. Vijay Singh showed that with his bunker shot in regulation to 9 feet for birdie. Taylor did not with his bunker play.

It all goes back to Ishikawa.

A couple of caddies walked off the back of the green toward the 11th tee and whispered, ”Greatest hole in golf.” Players would be a few steps behind and could be heard to mutter, ”Worst hole in golf.”

Fun to watch. Tough to play.

MIXING IT UP: Geoff Ogilvy wouldn’t mind defending his title in the Barracuda Championship, though that would mean he’s not eligible for the World Golf Championship in Bridgestone the same week. Ogilvy much prefers Montreaux to Firestone, but he would rather play for $8 million in prize money instead of $3 million, along with the prestige of trying to win a fourth WGC title.

The Barracuda Championship uses modified Stableford system, and that’s appealing. That led to questions about how the PGA Tour could add a level of interest to a season that is 72 holes of stroke play in every tournament but two (Reno and the Match Play).

He came up with one solution – team competition – and two possibilities.

”I think it would be fun to play a mixed tournament,” he said. ”That would be interesting, don’t you think?”

Imagine the PGA Tour and LPGA Tour each counting it as an official event (a medalist along with a team winner). Ogilvy said he would want Lydia Ko was a partner, and who can blame anyone for choosing the No. 1 player?

The other idea would be a fourballs competition, much like the USGA is doing this year at Olympic Club.

SHOPPING LOVE: It didn’t help Davis Love III that as reports emerged last week that he was chosen to be Ryder Cup captain again, he was seen with a red, white and blue golf bag with ”USA” embroidered on both sides. Alas, it was his bag from the Presidents Cup.

Love no longer has a bag deal with Bridgestone (only the golf ball and the glove).

”I’m lobbying Jay Haas to be an assistant captain at the Presidents Cup,” Love said with a laugh. ”I thought this would do it.”

As for his equipment, Love has gone back to the Titleist blades (his previous brand before signing with Bridgestone) and Vokey wedges that he had all along. He is a free agent when it comes to equipment, which is a blessing and a curse.

”It’s fun to go down the range,” he said. ”But I also get too much attention.”

Equipment companies know he’s shopping and are making their pitch just about every week.

FAREWELL TOUR: Kenny Perry already has played four times on the PGA Tour this year, and the 54-year-old is not done yet. But he is setting a schedule with purpose.

”This is like a farewell tour,” Perry said before missing the cut at Riviera. ”I’m going back to place to say, `Thank you.’ When I turned 50 in 2010, I just left. I was still fully exempt and I wanted to go back to these places like Colonial, Memorial, Byron Nelson. Because I don’t plan on playing out here next year.”

Some seniors like to pick the courses where length is not a big advantage. Power still isn’t a problem for Perry.

”I got plenty of length,” he said. ”It’s the chipping and putting that kills me. I got the Tiger Woods syndrome. I’m not trying to knock him. I got that problem. I can’t chip. I’ve been struggling with it for three years. I don’t know why I do it, I just do it.”

Perry plans to play the Valspar Championship at Innisbrook to get ready for Bay Hill, which he won in 2005. He is considering the Shell Houston Open, and then he plans to play Hilton Head and New Orleans, Colonial and the Byron Nelson and the Memorial.

DIVOTS: Aronimink Golf Club has a vote next week on hosting the BMW Championship in 2018, according to Philadelphia news reports. Aronimink hosted the AT&T National for two years while Congressional was preparing for the 2011 U.S. Open. It was lobbying to get the PGA Championship. … Fred Couples didn’t get the Ryder Cup captaincy, so the Canada Cup will have to do. He will be the ”Team World” captain on July 6 in Halifax. Mike Weir is captain of Team Canada. … The USGA announced 111 local qualifying sites for the U.S. Open, which includes Oak Tree National, site of the 1988 PGA Championship.

STAT OF THE WEEK: Alex Cejka played the par-4 10th hole at Riviera at even par for the week without making a par – double bogey, bogey, birdie and eagle.

FINAL WORD: ”At the end of the day, just talent isn’t going to do it out here. It’s hard work.” – Brooks Koepka.