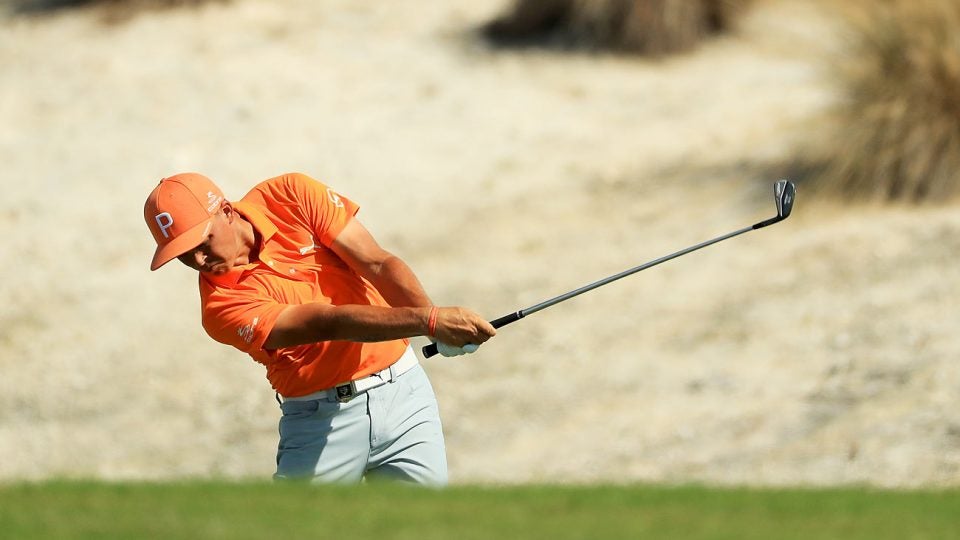 Rickie Fowler reeled off seven straight birdies to start his final round at the Hero World Challenge.

Rickie Fowler stormed to a final-round 61 to set a new course record and win the Hero World Challenge.

Oh, and that other guy, Tiger Woods?

He finished more than an hour ahead of Fowler’s theatrics, closing out Act I of his latest comeback with a four-under 68 and a fourth straight day of mostly inspiring play.

Fowler reeled off seven straight birdies to start his final round, made the turn in 28, then sailed home on a perfect island afternoon to win by four. He finished at 18 under and made 30 birdies for the week, the most he’s ever recorded in an event.

“I knew I needed to get off to a quick start today to at least show Charley [Hoffman] I was there and get up there on the board a little bit,” Fowler said. “Seven [consecutive birdies] was the most I’d made before.”

Hoffman, the third-round leader, entered the day with a five-shot edge, but struggled throughout the round, shooting 72.

Fowler began the round seven shots back, but as he stood on the 10th tee he led by two. He hit 11 of 13 fairways and took just 21 putts in the round. The Hero is not an official PGA Tour stop, but it’s Fowler’s second title of 2017. He also won the Honda Classic in March.

“I’m just happy with playing solid on the back nine, making some good swings, really stepping up on 16, 17 and 18,” Fowler said. “It’s nice to see the game hang around and that we can build on some things to make next year a special one.”

Fowler is one of the most popular stars on Tour, but his resounding victory was still a footnote to Woods’s return. Woods had been sidelined for more than 10 months following his fourth career back surgery. Woods flashed moments of his old self over four rounds, and Sunday he closed with a solid 68 to finish tied for ninth in the 18-man field. 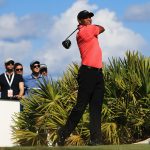 You may also like Tiger Woods closes Hero World Challenge with strong round, shoots 68

“I was still a little scratchy with my irons, drove it pretty good all week, made some good putts,” Woods said afterward in an interview with NBC. “Overall I’m very pleased. I showed some good signs. I’m ready for a bright future.”

Woods said he went through the four rounds pain-free, but was noncommittal on his playing schedule for 2018. He expects to make some decisions shortly.

“We’re going to sit down here and figure out what’s the best way to build my schedule for the major championships, and what my training cycles are going to be,” he said. “I want to play enough, but not too much. I’ll sit down with the whole team and we’ll figure it out.”