Phil Mickelson has not performed well enough to deserve a spot on the 2019 U.S. Presidents Cup team, and Tiger Woods shouldn’t waste one of his valuable captain’s picks to get Mickelson on the team. That’s not my opinion—that’s the suggestion of Mickelson himself.

Lefty is in South Korea this week for the PGA Tour’s CJ Cup at Nine Bridges. It’s his third tournament of the season, and he has big plans for 2020 after struggling through a tough 2019 Tour campaign.

But when asked Tuesday if he planned to lobby Woods for a spot on the U.S. team at December’s Presidents Cup in Australia, Mickelson was forceful and direct in his opinion that he didn’t deserve a pick.

“No, no, no. I have not played well in the last seven, eight months,” Mickelson told reporters in Korea. “There are much better options of players that have played consistently at a high level that deserve to be on the team and I have not.”

He didn’t stop there. Mickelson went on to suggest that even if his winning-form returned before Tiger and the U.S. assistant captains made their final decisions, he still wouldn’t want a pick.

“Even if I were to win, I have not done enough to warrant a pick,” Mickelson said. “I’m not asking for one, I don’t expect one. I think there’s a lot better options for the U.S. side.” 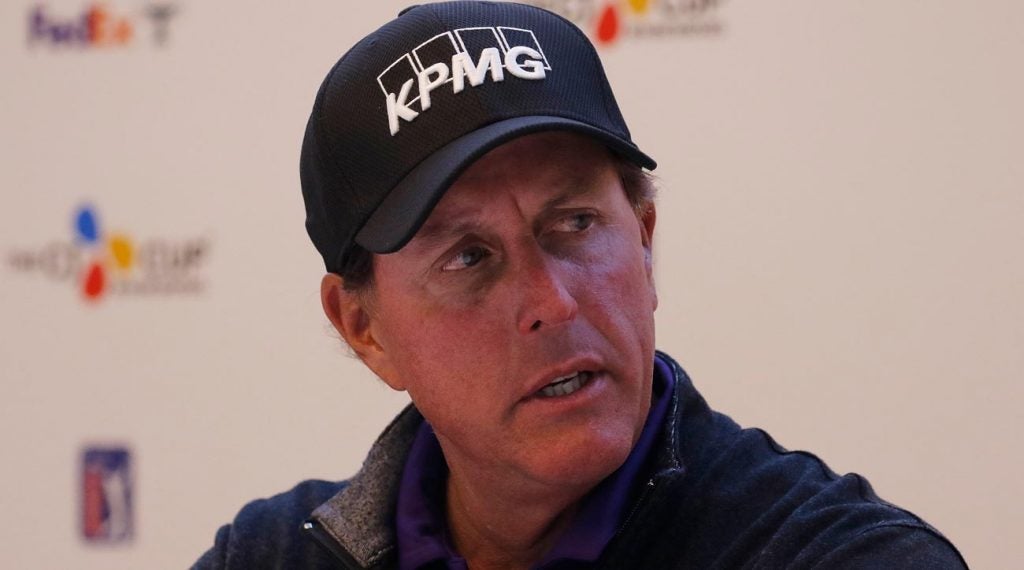 Phil Mickelson during a pre-tournament press conference at the 2019 CJ Cup.
Getty Images

If Woods listens to Mickelson and leaves him out of the captain’s picks, it would end one of the most impressive active streaks in professional golf. Phil has represented the U.S. in an incredible 24 consecutive team competitions, dating back to the 1994 Presidents Cup.

That doesn’t mean he’s giving up on team competitions altogether, though. Phil fully expects to begin a new streak next year at the premier team competition in golf: the Ryder Cup.

Mickelson begins the first round of the CJ Cup in South Korea on Wednesday night at 7:20 p.m. ET, playing alongside Justin Thomas and Marc Leishman.