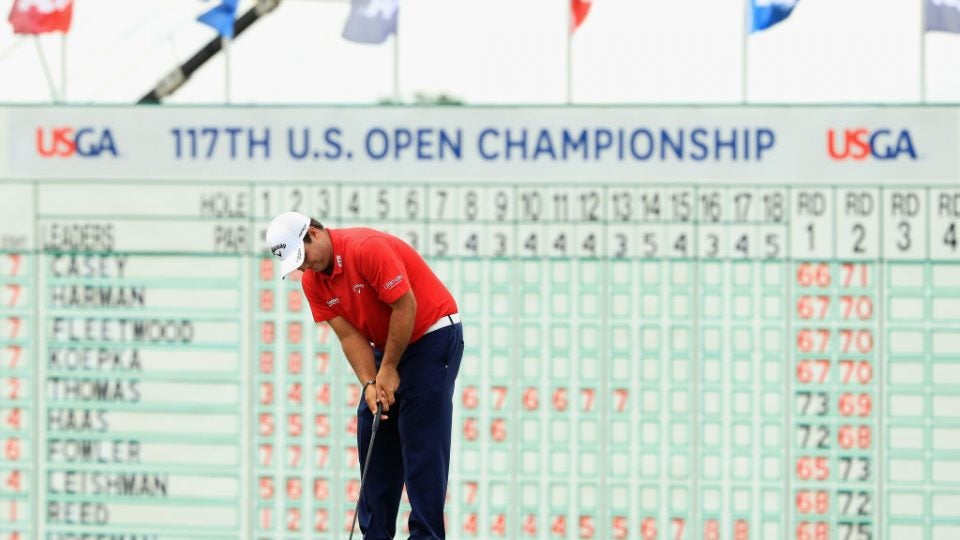 HARTFORD, WI - JUNE 17: Patrick Reed of the United States putts on the 18th green during the third round of the 2017 U.S. Open at Erin Hills on June 17, 2017 in Hartford, Wisconsin. (Photo by Andrew Redington/Getty Images)

That’s one kind of lucky charm: Patrick Reed brought several pairs of the pants he wore in the 2016 Ryder Cup to the U.S. Open with him. “Captain America,” as he’s known to fans, broke out the team trousers for Round 3 at Erin Hills, and they do seem to have brought him good fortune today. He shot a 7-under 65 for a share of the lead and a shot at U.S. Open glory.

Reed’s hoping to recapture some of the magic from Hazeltine, where he vanquished Rory McIlroy and lead the American team to their first victory in eight years.

His only regret? That he didn’t start out the tournament wearing the USA-stitched pants.