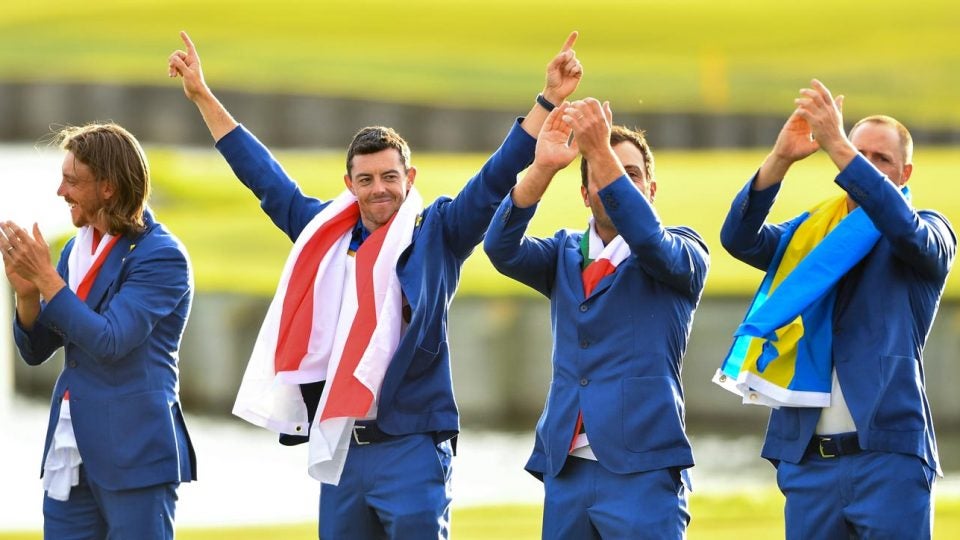 Rory McIlroy and other members of the European team celebrate their victory at the 2018 Ryder Cup in France.
Getty Images

Pro golf events are falling quickly as the world tries to control the coronavirus and keep golfers and fans safe, but how certain are we the 2020 Ryder Cup will still be played in September?

And, according to European Ryder Cup captain Padraig Harrington, there’s no reason to worry right now.

“September is a long way off,” said Harrington during an interview with The Ian Dempsey Breakfast Show. “There’s no change to the situation at all at this stage. I know there’s been some rumors and things like that; they had to put out a statement that there’s no change, but there is definitely no change. For one, I’m on the inside of these things. … Now that I’m on the inside you go, Wow, it really is made up stuff.

The latest string of cancelations in pro golf happened on Tuesday, when the PGA of America postponed the 2020 PGA Championship scheduled for May 14-17 in San Francisco, and the PGA Tour canceled four more events through May 10. The next scheduled event on the PGA Tour schedule is the Charles Schwab Challenge at Colonial in Fort Worth, Texas, on May 21-24.

The 2020 Ryder Cup is scheduled for Sept. 25-27 at Whistling Straits in Kohler, Wis. You can listen to Harrington’s full appearance on The Ian Dempsey Breakfast Show here.