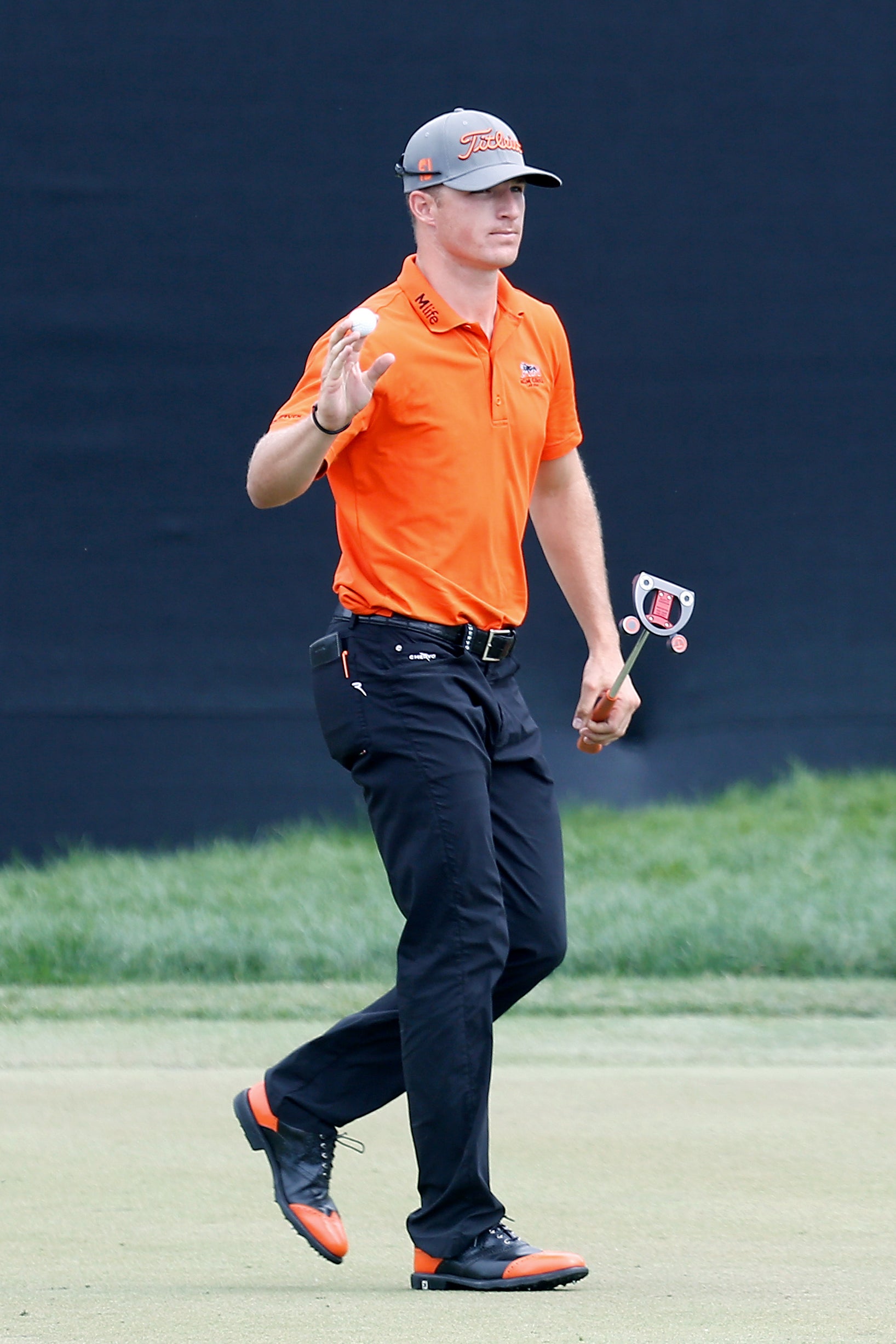 Morgan Hoffmann acknowledges the crowd after making a putt on the eighth green during the final round of the Arnold Palmer Invitational golf tournament in Orlando, Fla., Sunday, March 22, 2015. (AP Photo/Reinhold
AP Photo/Reinhold Matay

Morgan Hoffmann was in great shape at the Shell Houston Open.

The 153rd-ranked player in the world was 8-under having made nine birdies and an eagle through 25 holes and was flirting with the outright lead. Then the back nine happened.

After finishing his first round 7-under, Hoffmann reached the 4th hole at Golf Club of Houston (his 13th hole of the day) still 7-under. His next five holes were scored as such: bogey, double bogey, triple bogey, bogey, bogey. Hoffmann would hit the green and two-putt for par, finishing his back nine with a score of 44. Through 36 holes, he was now 1-over. He will not make the cut.